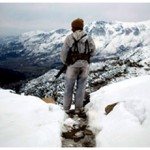 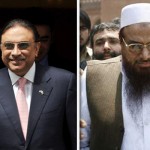 It is an interrelated world. Here are seemingly four unrelated news that you might have caught.

US Army is the World’s largest Employer

Lets Unravel these shall we?

One of the effects of the second World War on the United States was the economic boon that came due to increase in weapons sales and technological advancements made during the war. Effectively, all the western Allies fought with American Weaponry, this lead to US economy,that  suffering from the depression of 1930s, regaining and prospering. Since then America has enjoyed status of a super power. US continues to invested in weapon technology, and has some of the largest weapons  companies in the world. Pakistan and India are both large clients.

The news about Pentagon being the largest employer in the world, merely confirms that the US weapons and war industry is so intrinsically linked to US economy.

World is however facing a greater problem, that is the climate change and rising water levels. Pakistan and India are in the thick of it. We see the Maldives in the Indian Ocean are sinking and Himalayas are melting. The Latter  has a direct effect on both India and Pakistan, both agricultural based economies. Already, the deadlock has been as much as about the water, as it is about people of Kashmir, and with melting Himalayas, this is only going to aggravate, unless we start to formulate some sort of understanding and a common plan to tackle the impending crisis.

This brings us to the 100 soldiers that are feared to have died in the Siachen Avalanche. Increased Avalanche activity is directly related to climate change and see also this abstract of a scientific thesis

Thus it is certainly advantageous that President Zardari and Prime Minister Manmohan Singh are meeting in the shadow of that event. There has been continuous confidence building measures in the last year or so, between the two countries, in order to create an atmosphere of amenability. It is hoped that recent tragedy would expedite the measures, so as we can go back and President Asif Zardari and Prime Minister Manmohan Singh could finish off what Late Benazir Bhutto Shaheed, and Rajiv Gandhi were on verge of completing on Siachen.

And that is where Hafiz Saeed comes in. While it is true that US has played a role in normalising of the role between Pakistan and India, and they realise that for India to continue to be US’s customer and for Pakistan to be able to divert its full resources on eastern Borders. They need the ‘hot’ Pakistan and India border to become cool, and the relations to normalise to an extent.

However, as stated earlier, it is in US’s struggling economy’s interest that two of its clients still maintain large armies and large weapons cache. They just don’t want them to use it. It is perhaps not by a coincidence that Hafiz Saeed’s bounty was increased to a $10 million, and it had the desired results. Many in India want justice for 26/11 and this reminded them of the incident again. This of course sours the relations a bit, and keeps that doubt in back of the mind of both countries. The fear of being betrayed is going to keep making both countries to invest in buying weapons, and not on their social services.

Fear and doubt are much more potent force than rationalism and optimism, yet there is hope that it would be latter that would emerge. This is how we always start our negotiations with our permanent neighbors, with hope.