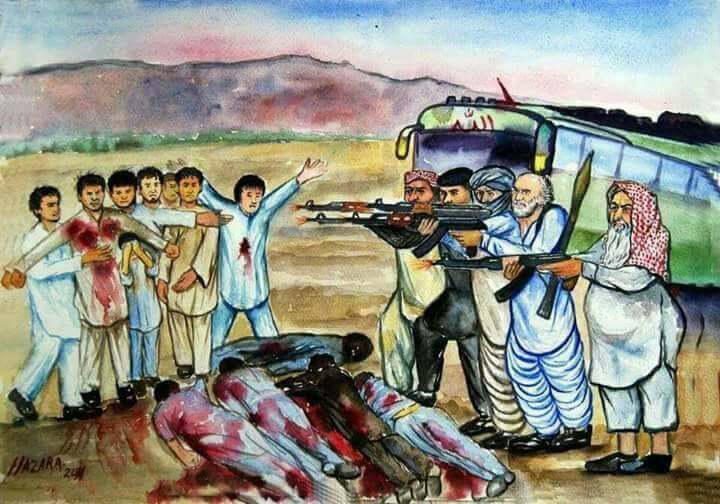 Dear #ShiaMuslims of Pakistan, you are being targeted across the length and breath of the country, especially Quetta and D I Khan. If you are still deluded that Pakistan’s #CommercialLiberalMafia will support you and HONESTLY highlight your cause, i.e., survival, kindly disabuse yourself of that notion. They are actually complicit in your continuous targeting by #Deobandi terrorist group, Sipah Sahaba. The very fact that this liberal Mafia rarely, if ever, calls out these Sipah Sahaba terrorists and highlights their TakfiriDeobandi ideology should be a clear indicator.

On the contrary, this liberal lobby purposely collaborates in your massacres and murders by obfuscating on behalf of your killers.

One major obfuscation is to never highlight that the same nexus of Deobandi terrorist groups, their various avatars and affiliations (like #ISIS) is also responsible for 99% of terrorism/faith based violence in #Pakistan.

Urban upper-middle class Shias thought that by diluting their identity and by supporting the boutique causes of left-liberals, they will be accepted. That presumption bled out on the streets of Pakistan a long time ago.

The bourgeoisie Shia thought that by adopting the “civil society” model of impotent protest and latching onto political Islam mutations, they would get a seat at the table. What they invariably got was either a bullet between the eyes and less respect. Amongst the chattering classes, millennia old Shia traditions of mobilising as a community of faith were supplanted by shallow political slogans and impotent tactics of modernity. This is leading to no where.