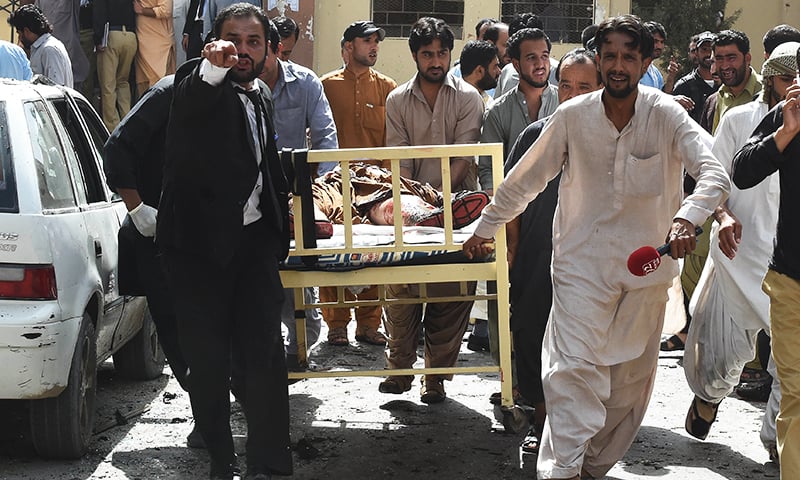 While the Quetta hospital blasts by Deobandi terrorist group(s) have taken the lives of over 40 Pakistanis and wounded dozens more, it is also time to call out those Sufyani liberals of Pakistan whose dishonest mission is to obfuscate these tragedies.

One such “liberal” is ‪#‎JibranNasir‬ who obfuscates ‪#‎ShiaGenocide‬ as a “conflict between (Caliph Yazeed’s family) Bani Ummaya and the (Holy Prophet’s family) Banu Hashim. #JibranNasir also thinks that a targeted group that informally uses “Momin” to identify amongst itself due to life threatening circumstances is also doing “Takfir” – Of course he never questions the Jamaat Islami for the same criteria when they called Military dictator General Zia ul Haq, “Mard e Momin”. Jibran Nasir is also silent on Jaish e Mohammad using “Darb -e- Momin”

Like his other Sufyani liberal tribe, Jibran only abuses victim communities and obfuscates their genocide with his typical false binaries.

One should ask Jibran Nasir how we sees todays attack on Quetta hospital by Deobandi terrorist groups? Were the victims calling themselves “Momin” or were they from the wrong tribe.