In their hearts is disease, so Allah has increased their disease; and for them is a painful punishment because they [habitually] used to lie. And when it is said to them, “Do not cause corruption on the earth,” they say, “We are but reformers.Unquestionably, it is they who are the corrupters, but they perceive [it] not.
( ALBAQARA 10-11-12) 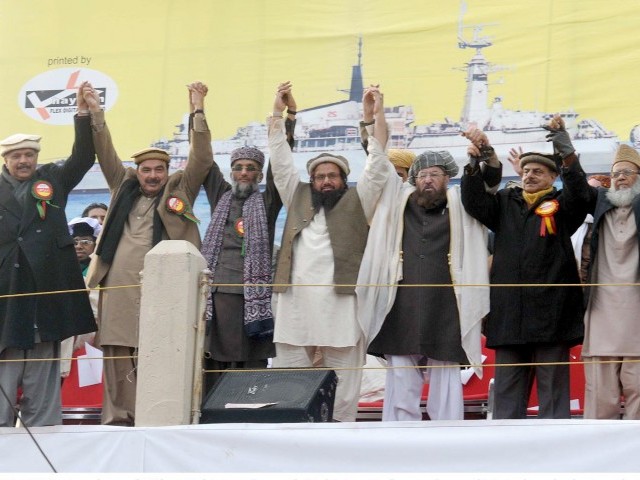 The Godfather, Father of Taliban, Angel of Jihad, Boogey man and Butcher of Afghans are some of the titles, which are given by fellow Pakistanis to Mr. Gul.  A number of historians called him ‘Father of Taliban’ but God-father would be more accurate. He didn’t create a group-just nurtured it.

A man responsible for much chaos and bloodshed in the world has passed away, yet his legacy of helping Pakistan transforming into a terrorist heaven will live on,’ Ghaffar hussain, a UK based counterterrorism expert wrote on face book.
General Gul died of brain hemorrhage leaving behind a dangerous progeny. It would be quite accurate to say that the violent, self destructive legacy he leaves behind includes Taliban, TTP, LeJ, SSP, Hekmatyar and Haqqani network. While created to fight for islam, these groups have killed thousands of fellow muslims in Pakistan alone.

He never regretted what he did. Ruthless nature of General Gul and his sympathizers could be seen from the fact that if anybody drew Gul’s attention on the bloodshed, destruction, human trafficking, cocaine/heroin use and kalashnikov culture spreading in pakistan, his first response was that it was a small price for big goals and soft Islamic coup or”foreign conspiracy”.
General gul loved Islam so much that he died on a hospital bed but made sure that thousands of other die in the battle ground. He didn’t asked his sons to join takfiris and fight against infiedels as he wanted them to be educated and non jihadi but he didn’t want that for others.
According to logs obtained from wikileaks, and analyzed by the SPIGEL, the Guardian and the NYT suggest that Gul was more than just a garrulous old man. He was believed to have supplied ammunitions to the insurgents and maintained contacts with high ranking veterans in the Taliban, Al-qaeda and haqqani network.

I don’t know why Pakistani media is trying to portray him a brave and patriotic soldier. We did not find much references, surprisingly, to what he did in 1971 war, but in 1965, he commanded a squadron of tanks in the sialkot sector where his regiment was deployed. In that war too he didn’t do much of note, not enough even to excite the usually fertile imagination of the citation writes of subcontinental armies. His real talent was to hide, sneak in from behind or stab in the back. Or better still, pay, fool, indoctrinate or instigate the enemy of an enemy to do this.

In his last days, he tried to show that atleast he had a sense of humor. He asked on twitter, why a nice sikh girl suny leone is wasting her time in pornography when she could have offered her services to the khalistan movement.

His sympathizers like Dr, Shahid Masood (a paratrooper in journalism), Ansar Abbasi, Orya Maqbool and so many are in pain as if their own father died. According to the sources more than 81,000 Pakistanis were kille by these deobandi/salafis Takfiri terrorists. These shameless right wing journalists never ever conducted a single interview with the families of victims died in suicide bombing, beheaded or killed.

Those who understand regional politics know Hameed Gul was a pawn of this game. Today, Saudia Arab, which is named after a family, serves as the base of Takfir Deobandism and Salfism and has led to sprouting of such terrorist  takfiris outfits such as Taliban, Al qaeda, LeJ, Sipah e Sahaba and many other like minded groups that thrive on bloodshed. When asked to fight face to face in the battle ground, they never fought, and chose to hide in the mountains.

The Saudi state has fallen prey to its own ideology, on the basis of which it was founded and by which it justified its existence and imparted legality to itself. The Saudi state is waging war against itself, not against foreign introduced ideology.

The Saudi regime`s survival has relied on two important factors. One was foreign backing. The second was the whip of Takfir, which it used to strike down its opponents and silence its critics. Today the regime`s men are the target of the same Takfiri campaign that was formerly directed at foreign targets.

Those who declare them to be infidels are not importing ideas from overseas or using foreign ideology. Their ideology is eminently homegrown. The difference between their current opponents and their former and current loyalists is very, very small. No matter how hard the regime tries to wear the cloak of moderate Islam, preach temperance and the positive qualities of a middle-of-the road policy, and denounces the negative qualities of extremism, it will not be able to turn back the clock.
We as a Pakistani will not forget that whatever the country is facing today is because of people like Mr.Gul and his sympathizers. Pakistan’s army will have a much better and more professional image without this monster. Its dissolution or reorganization is necessary to eliminate war mongering, terror, drug trade, human trafficking and so many similar associated evil rampant in Pakistan. 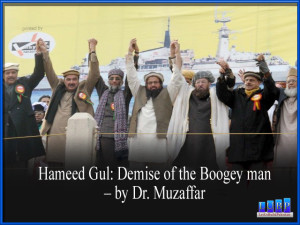