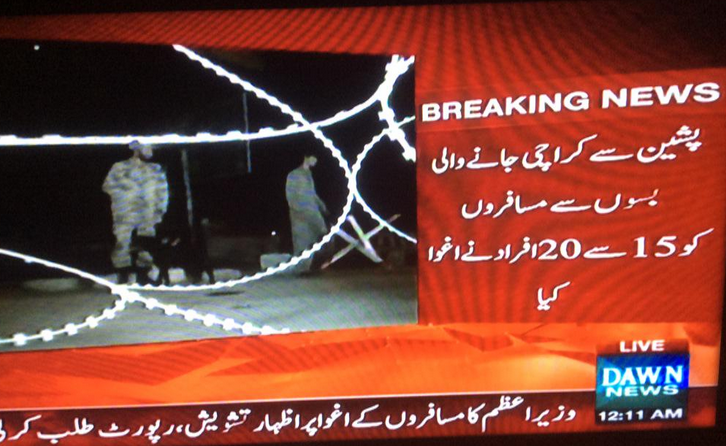 At least 20 people were killed and several injured Friday night (29 May 2015) when BLA-ASWJ militants opened fire at kidnapped passengers in Mastung area of Balochistan. The BLA-ASWJ militants are known to be led by Ramzan Mengal Deobandi Baloch of ASWJ-Jundallah-BLA. Earlier in the evening, the militants had abducted two passenger buses en route Karachi from Pishin.

Mastung massacre was a joint action by ‪#‎ASWJ‬ ‪#‎BLA‬ terrorists led by Ramzan Mengal Deobandi Baloch, who is protected by FC. Mastung is known to be a major hub of Deobandi terror outfit ASWJ (aka Lashkar-e-Jhangvi) which also has a functional relationship with Baloch militant outfits BLA and BLF. Previously in the same area, hundres of Shias including Hazara and Baloch Shias have been massacred by Deobandi ASWJ terrorists.

Not the first time that BLA terrorists have massacred non-Balochs. Hundereds of Saraikis, Pashtuns, Hazaras and settlers have been killed by BLA-ASWJ in the past few years. In the meanwhile, PMLN government continues to appease ASWJ-TTP terrorists while certain rogue elements in Pakistan army continue to harbour and protect ASWJ’s terrorists Ramzan Mengal and Aurangzeb Farooqi.

Pakistanis must realize that those ‪‎Deobandi‬ ASWJ terrorists who massacre Shia Hazara passengers can massacre any community.

FC commanders in Balochistan want to fight BLA’s terrorists by harbouring ASWJ terrorists – without realizing that BLA and ASWJ are one!

Those BLA supporters who used to justify massacres of settlers in Balochistan are now condemning the massacre in Mastung. ‪Hypocrites‬!

If anyone is to be arrested and hanged for the Mastung massacre, it is the thugs who protect and habour ASWJ’s Ramzan Mengal Deobandi Baloch, Manzoor Mengal Baloch and Aurangzeb Farooqi Deobandi.

General Raheel Sharif must order court martial of IG of FC Balochistan and DG Rangers Karachi. Both of them harbour ASWJ Farooqi and Mengal, treating them as assets. 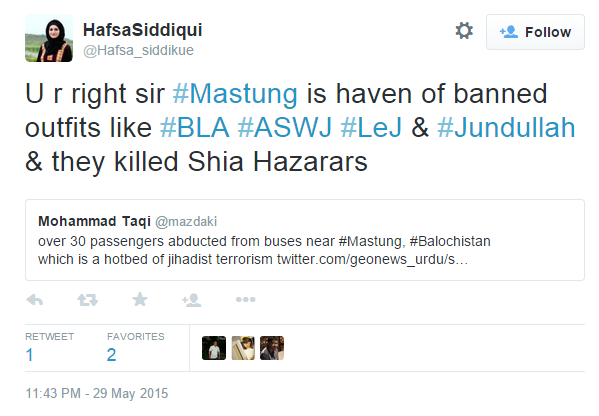 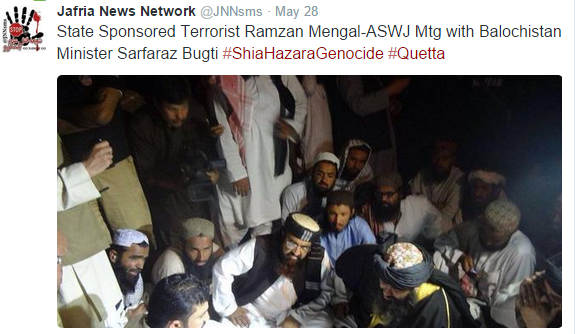 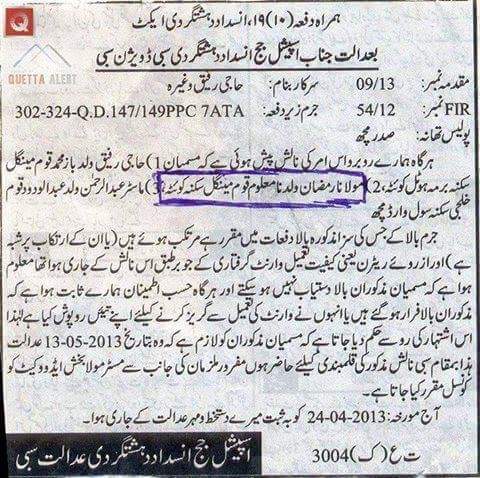 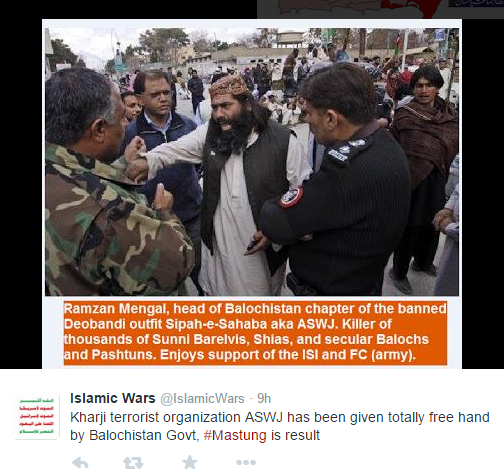 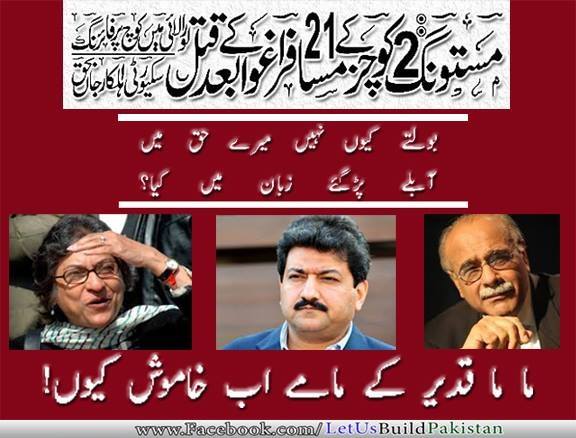