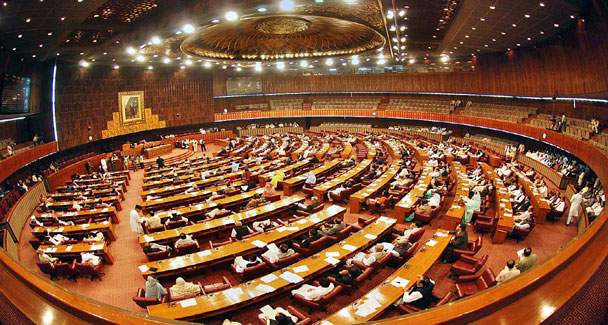 Condolences to the House of Nawaz Sharif for failing to defend his Masters at the House of Saud. You see, the “anti establishment” Nawaz Sharif did his best to drag Pakistan into Saudi Arabia’s aggression on Yemen.

(Refer to https://lubpak.com/archives/334712 for background)

But Pakistan’s “establishment” who are often referred to as “reading from a script” came out blazing against any Pakistani involvement in this act of Saudi aggression.

From Mubasher Luqman to Zafar Hilaly and from Sunni Ittihad Council to Sunni Tehrik, the opposition to joining the Saudis was unanimous!

Pakistan’s Sunnis, Shias, Christians and Ahmadis opposed Pakistan’s participation in Saudi agression on Yemen to prop up their Al Qaeda and ISIS proxies there. The only groups in Pakistan who were supporting Saudi Arabia/Al Qaeda/ISIS in Yemen are the fringe radicals from Salafi (Al Hadith, Jamaat ut Dawa/LeT) and Deobandi groups like Pakistan (Deobandi) Ulema Council lead by Maulana Whiskey Part Deux aka Tahir Ashrafi.

These are confusing times for Pakistan’s Sufyani Liberal lobby. Some of them had campaigned to paint Nawaz Sharif as “anti establishment” and pro-peace with India.

Today Nawaz Sharif’s Pro-Saudi stance is only supported by fringe Deobandi and Salafi groups like JuD/LeT who are the number one problem between Pakistan and India. Today, Nawaz Sharif’s Pro-Saudi stance is only finding currency amongst the hardcore Deobandi groups like ISIS-affiliated Taliban and other similar groups who want to join their AQAP and Daesh “comrades” in Yemen in fighting Saudi Arabia’s proxy war there against the Pro-elections Zaydi (Sunni-Shia hybrid), Hanafi (Sunni) Shafi (Sunni) and Ismaili (Shia) Nationalists there.

The United States has a bounty against Hafiz Saeed – the leader of JuD/LeT. But on the issue of Yemen, there seems to be a convergence of the radical right wing of the US and Israel. I hope this is an observational error – clearly not even in the same ballpark such as indirectly supplying arms to ISIS by giving them to Al Qaeda-FSA who then sell them to ISIS in Syria and Iraq.

Meanwhile the pro-establishement vs anti-establishment debate just got murkier in Pakistan. If the establishment in Pakistan is defined solely by the military, then ALL the current pro-Army media spokespeople like Mubasher Luqman, Faisal Raza Abidi, Zaid Hamid, Zafar Hilaly, General Talat Masood, Ejaz Haider have come out clearly against Pakistan supporting Saudi Arabia’s aggression on the un-armed women and children of Yemen. Similarly those who have been painted as “anti-establishment” by certain sections of Pakistan’s “liberal” intelligensia (Nawaz Sharif) have come in support of Saudi bombing of Yemen and embroiling the Pakistani army there. The same army is already stretched thin fighting ISIS-affiliated Deobandi terror groups in FATA, Khyber Pakhtunkhwa and Karachi.

This does not absolve the army for its past role in creating these very forces – just as one must not absolve Nawaz Sharif and Shahbaz Sharif for their long-term loyalty, coordination and financing (from the Punjab Government coffers ) of the same groups.

What is clear is that since the transition from the Pro Taliban Pro Nawaz Sharif General Kiyani-General Pasha to General Raheel-General Rizwan Akhtar, there has been a clear change. General Kiyani jumped to support the Saudis when they were brutally crushing a similar pro-democracy movement in Bahrain. At that time, the army recruited scores of mercenaries in Pakistan. This time around, some Deobandi and Salafi terrorists – whose leaders have openly lobbied to join Saudi Arabia are alleged to be joining Saudi Arabia ground forces in the form of the AQAP in Yemen.

This is an establishment that is getting increasingly fractured and the Pro Saudi, Pro Al Qaeda, Pro ISIS faction of the establishment just lost a major power struggle today in its failure to officially embroil Pakistan in Saudi Arabia’s support for its Al Qaeda proxies in Yemen.