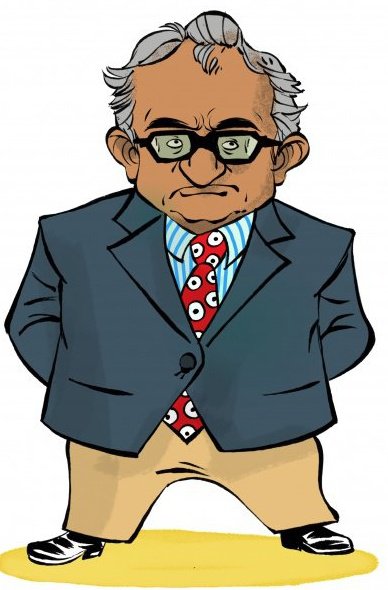 Tarek Fatah: The Tragic Illusion of an Honest Progressive

With ISIS spilling across the globe, the world can no longer afford vague, sweeping and wishy-washy discourses on the threat of ISIS. Whether it is Boko Haram, Taliban, Al Qaeda, Al Shabbab and now ISIS, the guiding philosophy is the same same for ALL these groups; i.e., the Takfiri mutation of Salafism and Deobandism. Both Salafism and Deobandism are ideologically similar in their literalist and intolerant views of other sects and faiths and both share common origins in the 18th century.

Unfortunately, both these ideologies are rarely discussed to identify the specific beliefs of global terrorist groups. Instead, vague and obfuscatory terms such as “Islamist”, “Sunni”, “Jihadist” are used which deliberately hide the specific faith identify of terrorists. Even worse, they often place the victims and perpetrators in the same category. Sunni Kurds and Sunni Arabs have both been massacred by ISIS, – a Salafi-Deobandi terror group. Still there are those who problematically use sweeping and misleading terminology such as “Sunni” to describe ISIS, therby deliberately hiding their specific Salafi and Deobandi ideology. This discourse is often found amongst those intellectually dishonest writers who wish to profit from extremism instead of actually getting to the root of the problems.

For instance, take the example of former Saudi resident of Pakistani origin, Tarek Fatah. While posing as an outspoken voice against muslim extremism, Tarek Fatah is careful to avoid going into specifics.

Tarek Fatah keeps harping on how a few lines in Arabic at the Friday sermon in some mosques causes radicalization. Most of the mosque audience in America and Canada (atleast 80%) are not even of Arab origin. The reasons for radicalizations are far more obvious such as the Salafi/Wahabi and Deobandi affiliations of the mosque. By misusing his media pulpit, Tarek Fatah is deliberately misleading his audience and worse, leaving Canada unprepared for the actual and specific patrons of terrorism.

One of the leading hate sites belonging to Pakistan’s ISIS affiliate, the Deobandi ASWJ-LeJ (formerly known as Sipah Sahaba) was being operated in Canada but the know-it-all Tarek Fatah never talked it before it became public after the arrest of the website administrator.

Shouldn’t Tarek Fatah who claims to know what is happening in “100 % of all mosques” have known about the increasing presence of the ISIS affiliated Deobandi terror group, ASWJ-LeJ within Canada’s South Asian community. This is another area where Tarek Fatah boasts his expertise but yet never talked about how ASWJ-LeJ is spreading hatred against Shias and Sunni Barelvis in Canada!

Tarek has made a career out of lumping all muslims together and for him, the Sunni Barelvi, Sufi and Shia victims of Salafi-Deobandi (the common ideology of ISIS, Al Qaeda, Taliban, Boko Haram) are all the same.   Instead of specifically identifying Deobandi and Salafi mosques, Tarek uses sweeping and generalizing terms like “Islamists”.

How was possible that someone as connected to the muslim community would not know of this website and the presence of the Deobandi ASWJ-LeJ group (an ISIS affiliate) in Canada?

The problem is that Tarek Fatah himself shares some of most fundamental characteristics with ASWJ-LeJ.

On multiple occasions, Tarek Fatah has spread inflammatory videos by a fringe agent provocateur to inflame hatred against the targeted Shia muslim minority. His flippant tweet shows how little he cares about the fallout of such videos. The videos in question concern a dubious character who is highly critical of certain historical personalities revered by Sunni muslims.

The extremist Deobandi sect goes one step further and justifies murder as punishment for such criticism. For Tarek Fatah, the brutal murder of Shia children that followed in the aftermath of his tweet is just “indigestion”.   In a previous instance, after being called out for spreading incitement, Tarek Fatah first gave a backhanded apology before reverting to his typical anti-Shia tactics.

For Tarek Fatah, any Shia who exposes his hypocrisy is an Iranian fifth columnist – another tactic also used by the Deobandi ASWJ-LeJ. This tactic is to ignore any genuine grievance and divert the topic by labeling all shias as fifth columnist.

As a shameless apologist of the Saudi-backed Bahrain regime, Tarek Fatah was backing the same Pakistani army mercenaries whose role he criticizes in Balochistan. The Pakistan army-recruited mercenaries aided the Saudi army to crush the pro-democracy protests in Bahrain. When social media activists approached Tarek to support them, his tweets were no different than the typical foaming Takfiri qari from Jhang – the bastion of ASWJ-LeJ.

In a typical Takfiri act, Tarek did not even spare the uncle of the Holy Prophet and the father of Hazrat Syedna Ali. With complete disregard to Sufi Sunnis and Shias, he apostasized Hazrat Abu Talib.

How can one expect “Takfiri Tarek”/Jhangvi Fatah to expose ISIS in Canada? – He himself is beholden to some of its affiliates.

For years, Tarek Fatah has been misdirecting the Canadian authorities and media by never going into the specific ideology that separate the violent extremists from the rest of the moderate muslim population in Canada. He never uses the word “Deobandi” or “Salafi” to describe the common ideology of global terror groups and continues to uses vague, sweeping and deliberately obfuscating terms like “Islamist”

Is Tarek Fatah really a friend of Jews? – Pakistan Blogzine