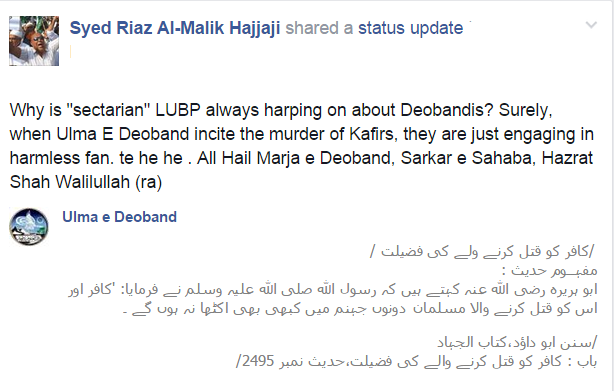 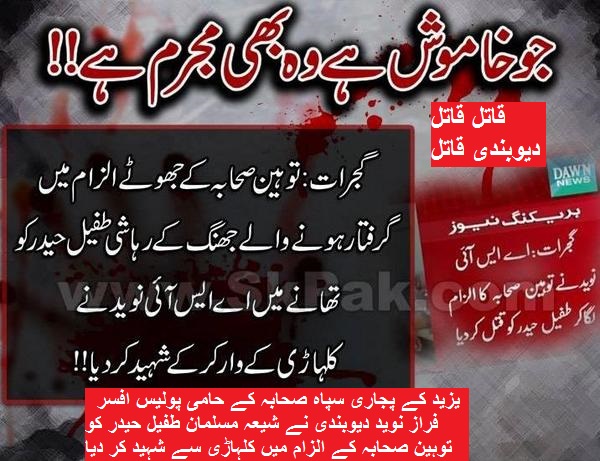 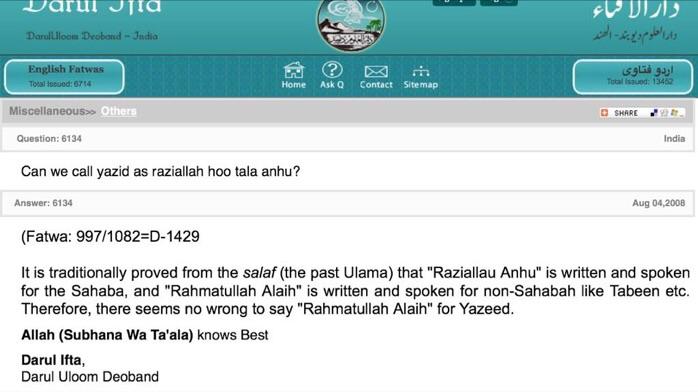 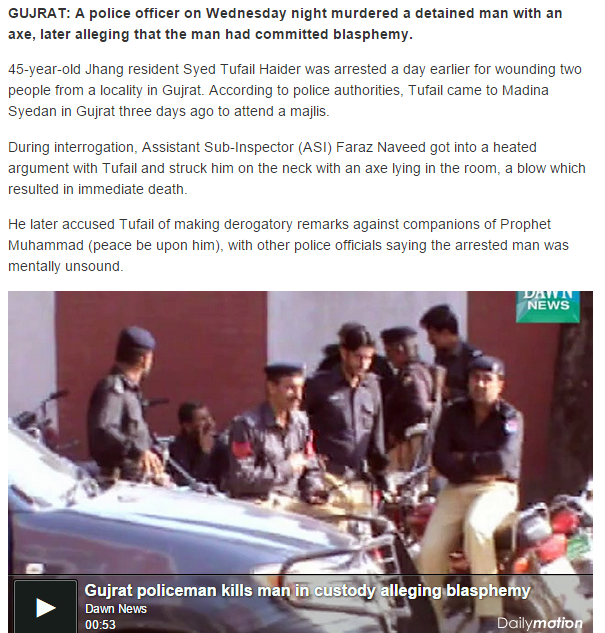 Tufail Ahmed is one of 50 or so Shia mourners that were arrested by the police while PMLN sponsored ASWJ encouraged the Police to torture and kill the Shia mourners.  Tufail Ahmed was killed using axes for cursing the killers of Imam Hussain a.s., those who killed the grandson of holy Prophet pubhp and the killers of Umul Momineen Ayesha, the wife of the holy Prophet pubhp. 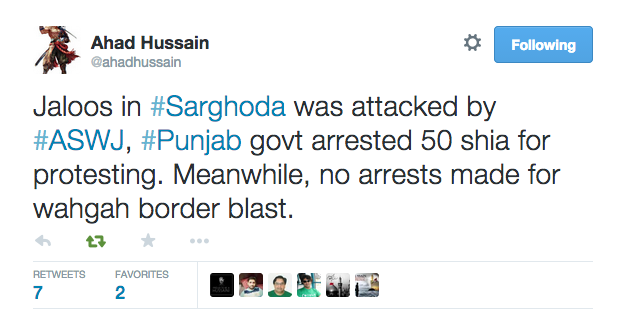 SARGODAH: Police officials in Gujrat allegedly killed a man by beating him to death with axes, Express News reported on Thursday.

The man was held at Civil Police Station for reasons not known as yet.

Just last month, an individual on a Rawalpindi-bound train was beaten to death by police after a fight broke our between him and another passenger.

While on October 4, police allegedly tortured a woman to death during a raid in Sargodha.