Home  »  Newspaper Articles   »   If the Nobel Peace Prize can be handed to Obama, why not hand it to the Israeli Defence Force? – by Robert Fisk 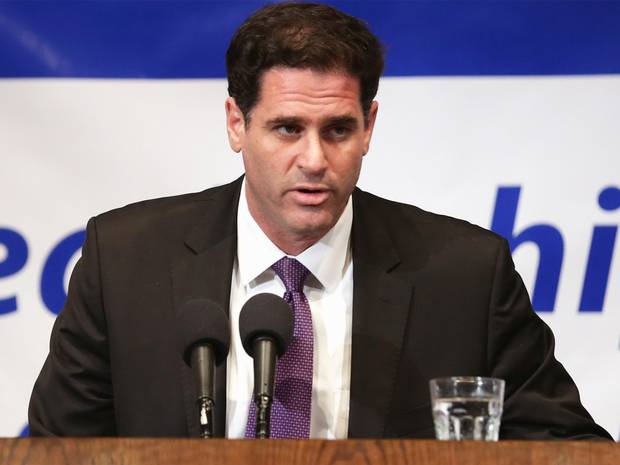 Now I know that the Israeli Defence Forces are famous in song and legend. Humanitarian, courageous, self-sacrificing, restrained, willing to give their own lives for the innocents among their enemies, etc, etc.

Leon Uris’s Exodus – a racist, fictional account of the birth of Israel in which Arabs are rarely mentioned without the adjectives “dirty” and “stinking” – was one of the best pieces of Socialist-Zionist propaganda that Israel could have sought. Even Ben Gurion agreed, claiming that it was “the greatest thing ever written about Israel”, although he correctly dismissed any literary qualities this nonsense might have possessed.

But when the Israeli ambassador to the US told us (after almost 2,000 Palestinians had been slaughtered, most of them civilians) that the Israeli army should be awarded the Nobel Peace Prize for its “unimaginable restraint” in the Gaza war, I had to glance at the calendar. Was it 1 April, perhaps? Was this some kind of gargantuan joke, so obscene, so grotesquely inappropriate, that it contained some inner meaning, some kernel of truth, which I had missed?

The Nobel Prize for “unimaginable restraint”, according to Ron Dermer, should have been solemnly handed out to an army which much of the world believes guilty of war crimes.

Now of course, Ron was talking to a Washington summit of Christians United for Israel, and his audience, despite a bit of heckling, was receptive enough. After all, Christian fundamentalists in the US believe all Jews must convert to Christianity after the Battle of Armageddon, so they could certainly support a Nobel prize or two for the Israeli army’s “unimaginable” restraint.

Oddly, I find myself more in awe of the word “unimaginable” – what does this mean, for heaven’s sake? – than the “restraint” which the West always begs of Israel when it is flattening villages and cities (along with their occupants) in its various civilisational wars. Besides, if the Nobel Peace Prize can be awarded to Obama – presumably for public-speaking – why not hand the wretched thing to the IDF after another bloody war?

But seriously. Is Dermer, one of Benjamin Netanyahu’s most trusted advisers, simply delusional? At one point in his extraordinary address, he even referred to the RAF’s carpet-bombing of German cities in the Second World War – as if this was the template for Israel’s “restraint”. It was like the old Blair refrain that whatever mistakes we made in Iraq, we weren’t as bad as Saddam.

Well, I should hope not. But then Dermer went on: “I especially will not tolerate criticism of my country at a time when Israeli soldiers are dying so that innocent Palestinians can live.” These soldiers, according to Dermer, were being sent “into the hornet’s nest of Palestinian terror” – but WERE TRYING TO SAVE “INNOCENT” PALESTINIAN LIVES!

Is the man delusional? Well, don’t jump to this conclusion too fast. At the height of Israel’s bombardment of Gaza two weeks ago, its embassy in Dublin posted images on its official Twitter feed of the statue of Molly Malone in Dublin’s fair city – dressed in a niqab, the long black Muslim headscarf! (excuse the exclamation mark) – but this was either racist or monumentally childish. Over the image – Malone’s statue stands outside my old university, Trinity College in Dublin – were plastered in capitals the words: “ISRAEL NOW, DUBLIN NEXT.”

In case you think this was only for Irish consumers, another picture, addressed to Paris, depicted the Mona Lisa in a hijab and holding a missile. For Italy, the Israelis provided a picture of Michelangelo’s David with a skirt made of explosives. Denmark received a picture of the Little Mermaid holding a huge gun. “Israel is the last frontier of the free world,” was written on each.

This is surely beyond delusional. This is insane. A week earlier, the Israeli embassy in Dublin tweeted a picture of Hitler with the words “Free Palestine Now!”. These insulting tweets were taken down, but not before the Israeli ambassador to Ireland, Boaz Modai, had uttered the imperishable remark that “we are now in the middle of a war and I have other things to deal with”.

Well, you would have thought so, wouldn’t you? But alas, Modai, who has been a diplomat in London and the Holy See, was ambassador in Dublin more than two years ago when, at Christmas, his embassy’s Facebook page carried a post which said that if Mary and Jesus were alive today they would “probably end up being lynched by hostile Palestinians”. Accompanied by a picture of Jesus and Mary, the embassy’s comment read: “A thought for Christmas… If Jesus and mother Mary were alive today, they would, as Jews without security, probably end up being lynched in Bethlehem by hostile Palestinians. Just a thought…”

Among the comments condemning this outrageous message was one which read: “Have you no regard for honesty whatsoever? If Jesus and Mary were alive today, they would be protesting against the Israeli occupation of Palestine, along with all the Palestinian Christians living in Bethlehem.”

The embassy later took down the Facebook post, explaining that it was made “without the consent of the administrator of the page”, and cheerfully adding: “Apologies to anyone who may have been offended. Merry Christmas!”

I personally know several Israeli diplomats, one of whom – an experienced and retired ambassador whose family champion Palestinian rights – must be appalled at this tomfoolery. So are these ambassadors delusional? On balance, I fear not. I suspect they accurately represent a truly delusional government which is shaming the State of Israel.

Meanwhile, back in Canada, Prime Minister Stephen Harper, more pro-Israeli than Netanyahu it seems, announced to his people that Canada would react to a “terrorist” in just the same way as Israel.

After the US condemned Israel for shelling a UN school sheltering 3,000 Palestinians, Harper, as my old friend Haroon Siddique wrote in the Toronto Star, “showed no compassion”. Instead, Harper announced: “We hold the terrorist organisation Hamas responsible for this. They have initiated this conflict and continue to seek the destruction of Israel.”

It might have come from the pages of Leon Uris’s old paperback. Maybe it did, because even Canadian Liberals under Pierre Trudeau’s son, Justin, have pathetically lined up behind Harper’s Conservatives. But given the exchange rate for casualties this past month – around one Israeli for every 28 Palestinians – I suppose it is only a matter of time before someone recommends the rocket-firing and corrupt Hamas for the Nobel Peace Prize, on account of its “unimaginable restraint”.