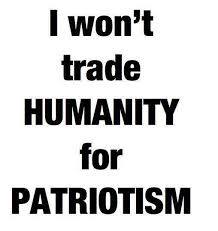 Four members of the Ahmadi community, including Three females and an Unborn child were killed late Sunday and four others were severely injured when an angry mob attacked and burnt 8 houses in Gujranwala (Punjab) .

Punjab Police who killed 14 protestors in Model town Lahore just because they were supporting Tahir ul Qadri was just standing by as the angry mob was setting Ahmadis houses on fire and was not allowing anyone to come out.

Few days ago i was called a good Muslim by some Selectively active Human rights champions for supporting the People of Gaza against Israeli aggression. ( I still support them , not to get Chumma from the Ummah or to be in the good books of some mullahs but for Humanity ), later i was called a Kafir and an Agent for posting about Shia Genocide and Ahmadi Persecution in Pakistan by the very same champions of Human rights. (Bigots).

I still can’t understand why these people are so dumb about the killings going on here in our own country? fellow Shia , Ahmadi , Pashtun , Baluch countrymen are getting killed day in day out but we don’t see any outrage against the killers of our own people?

These hypocrites can only see the things they want to see and ignore what they don’t like and certainly they do not want to speak up against local issues or certain Issues where they even justify the killings.

They called me a Traitor for speaking in the favor of the rights of Baluch and Pashtun Pakistanis, they called me Kafir for speaking up against Shia Genocide and now they are going to call me an Ahmadi for condemning Ahmadi Persecution and Genocide.

why do we have to be so selective about humanity ??

6 responses to “Demise of Humanity – by Syed Farrukh Abbas”