Home  »  Featured • Original Articles   »   This is Not Palestine, This is Pakistan! – by Ali Abbas Taj

July 23rd, 2014 was a typical day for Shia Muslims in Pakistan.  A senior lawyer and relative of prominent Shia intellectual, Talib Jauhri, was shot down by Deobandi terrorists on his way home in Karachi.  A Shia family shot at in another part of Karachi where the mother succumbed to her wounds while her husband and son are holding on for dear life.  In the outskirts of Karachi, another Shia business owner gunned down. 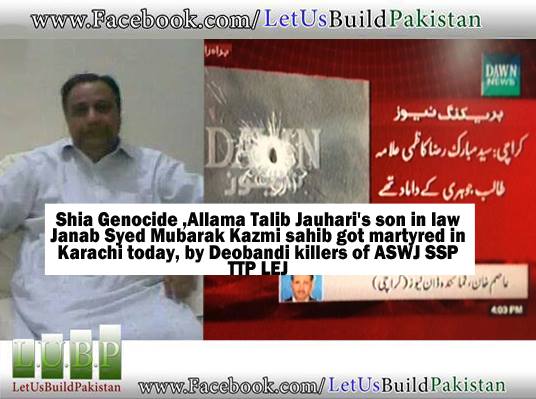 If this was not heart rending enough, a Shia youth was gunned down near a graveyard in D. I. Khan in KP.  As per this twitter clip by Anser Abbas, Akhtar was the 27th member of his family killed by the Deobandi terrorist group ASWJ-LeJ and their allies, the Taliban! At this point in time, some of us have just run out of tears. But we must not stop our protest! 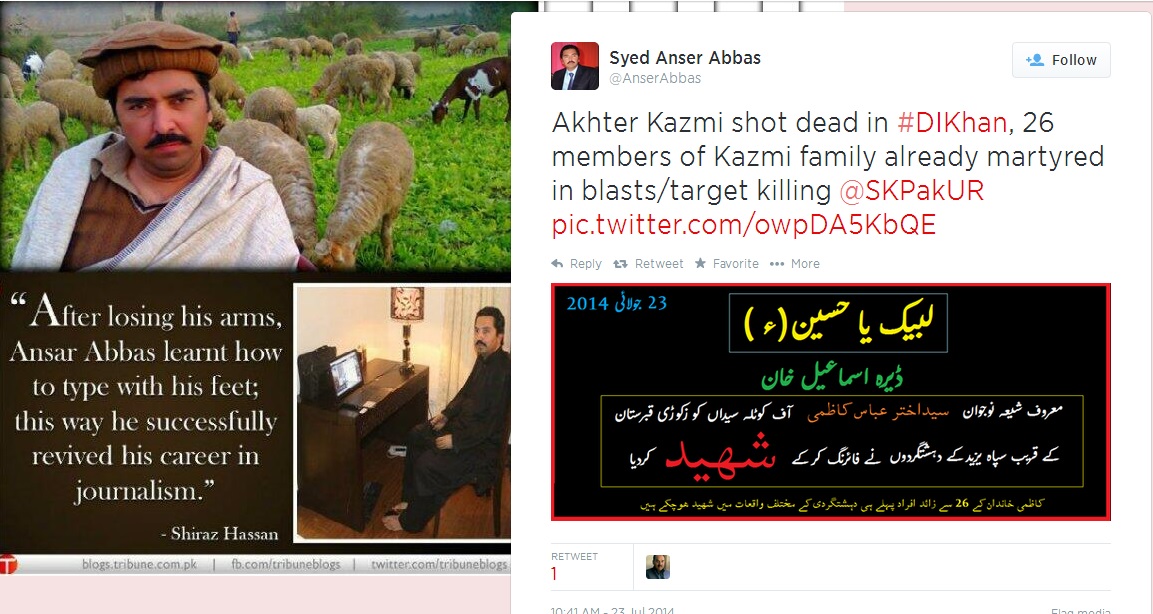 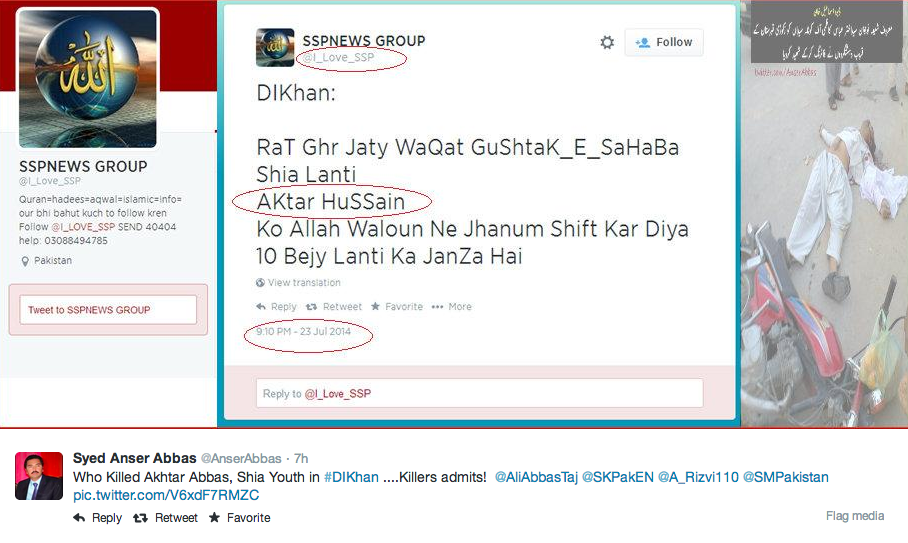 For decades, Pakistan’s intelligentsia, both right-wing Urdu writers as well as pseudo-liberal English writers have worked hard to obfuscate the ongoing Shia Genocide in Pakistan at the hands of Deobandi militants.  Pakistan’s targeted Shia community, along with the Sunni Sufi, Barelvi, Christain and Ahmadi communities should not depend on this compromised and bigoted “intelligentsia” and their urban flatterers to inform the world about their suffering.

Every institute in Pakistan, be it the politicians, the army, the judiciary and a mostly pro Taliban media is complicit in this.  It remains to be seen if the army has rectified the course that has lead to this situation.  The governing PML N is firmly aligned with the Deobandi terrorists of ASWJ-LeJ-TTP who are wreaking all this havoc. And they have the judiciary, media and most of the intelligentsia in their pocket.

Civil society is more concerned about Gaza and most oblivious to what is happening in its own backyard.  Meanwhile Pakistan’s Shias who are 15% of the country’s population continue to mourn their dead.