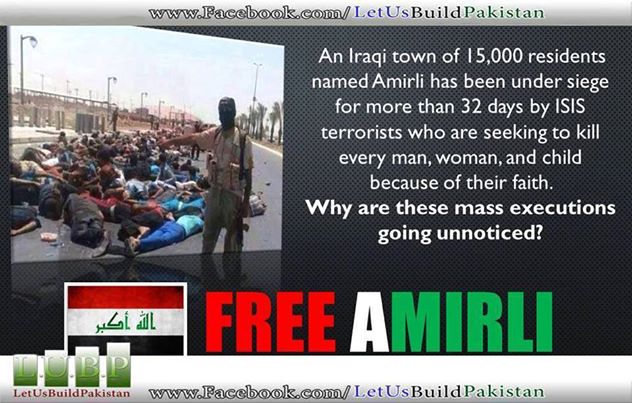 A small town in Kirkuk Iraq with a population of 15000 residents, most of them are Shia Turkemen and Sufi Sunni, is surrounded by the Islamic State (IS/ISIS) Salafi Wahhabi militants vowing to kill  every man, woman and child.

This been their predicament for the past 35 days, water, food, medicine and gas are scarce. No one can get in or get out. There is no clear indication that the iraqi government will do or can do anything about it. something has to be done.

Needless to say this is a much bigger calamity than the current crisis in Ghaza. The Western media seems complicit with Saudi Arabia and Qatar to keep this under the radar. 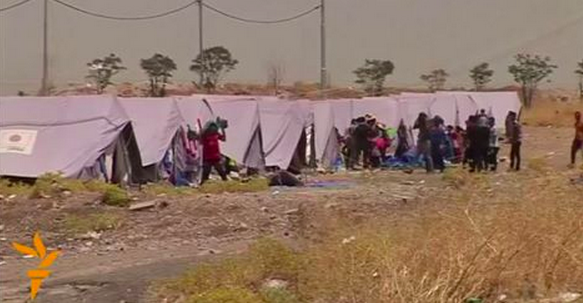 The international community has an enormous obligation to free these people under siege. The ISIS and Ba’thist groups threatening Amirli are directly or indirectly funded by Saudi Arabia, Qatar, Turkey and other Gulf Monarchies under the supervision of CIA and M16.  Granted this was done for their political and strategic objectives in Syria against Assad regime. The innocent women and children of Amirli should not pay for this.

The Western powers must send in air power immediately to break this siege.