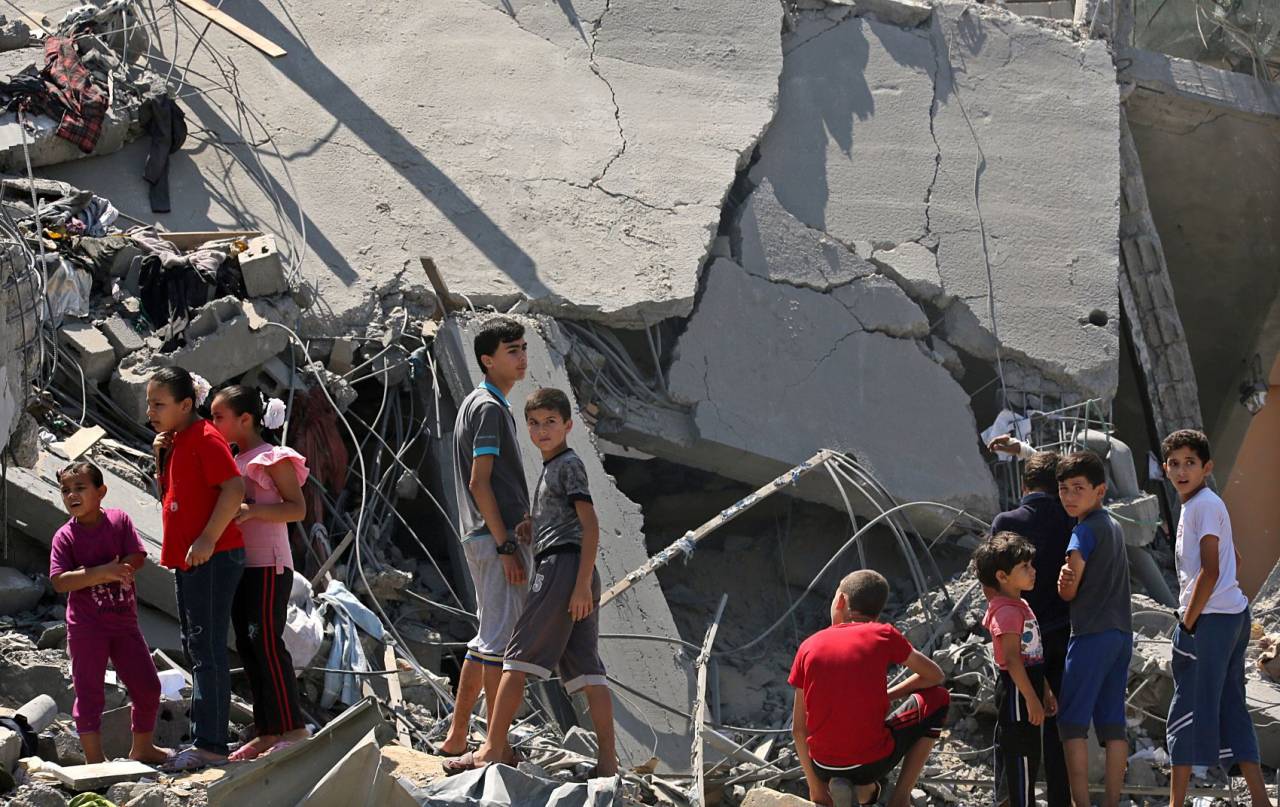 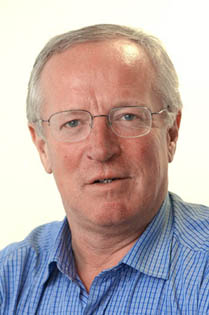 OK, so by this afternoon (8 July 2014), the exchange rate of death in two days was 40-0 in favour of Israel. But now for the Gaza story you won’t be hearing from anyone else in the next few hours.

It’s about land. The Israelis of Sederot are coming under rocket fire from the Palestinians of Gaza and now the Palestinians are getting their comeuppance. Sure. But wait, how come all those Palestinians – all 1.5 million – are crammed into Gaza in the first place? Well, their families once lived, didn’t they, in what is now called Israel? And got chucked out – or fled for their lives – when the Israeli state was created.

And – a drawing in of breath is now perhaps required – the people who lived in Sederot in early 1948 were not Israelis, but Palestinian Arabs. Their village was called Huj. Nor were they enemies of Israel. Two years earlier, these same Arabs had actually hidden Jewish Haganah fighters from the British Army. But when the Israeli army turned up at Huj on 31 May 1948, they expelled all the Arab villagers – to the Gaza Strip! Refugees, they became. David Ben Gurion (Israel’s first Prime Minister) called it an “unjust and unjustified action”. Too bad. The Palestinians of Huj were never allowed back.

And today, well over 6,000 descendants of the Palestinians from Huj – now Sederot – live in the squalor of Gaza, among the “terrorists” Israel is claiming to destroy and who are shooting at what was Huj. Interesting story.

And same again for Israel’s right to self-defence. We heard it again today. What if the people of London were being rocketed like the people of Israel? Wouldn’t they strike back? Well yes, but we Brits don’t have more than a million former inhabitants of the UK cooped up in refugee camps over a few square miles around Hastings.

The last time this specious argument was used was in 2008, when Israel invaded Gaza and killed at least 1,100 Palestinians (exchange rate: 1,100 to 13). What if Dublin was under rocket attack, the Israeli ambassador asked then? But the UK town of Crossmaglen in Northern Ireland was under rocket attack from the Irish Republic in the 1970s – yet the RAF didn’t bomb Dublin in retaliation, killing Irish women and children. In Canada in 2008, Israel’s supporters were making the same fraudulent point. What if the people of Vancouver or Toronto or Montreal were being rocket-attacked from the suburbs of their own cities? How would they feel? But the Canadians haven’t pushed the original inhabitants of Canadian territory into refugee camps.

And now let’s cross to the West Bank. First of all, Benjamin Netanyahu said he couldn’t talk to Palestinian “President” Mahmoud Abbas because he didn’t also represent Hamas. Then when Abbas formed a unity government, Netanyahu said he couldn’t talk to Abbas because he had unified himself with the “terrorist” Hamas. Now he says he can only talk to him if he breaks with Hamas – even though he won’t then represent Hamas.

Meanwhile, that great leftist Israeli philosopher Uri Avnery – 90 years old and still, thankfully, going strong – has picked up on his country’s latest obsession: the danger that Isis will storm west from its Iraqi/Syrian “caliphate” and arrive on the east bank of the Jordan river.

“And Netanyahu said,” according to Avnery, “if they are not stopped by the permanent Israeli garrison there (on the Jordan river), they will appear at the gates of Tel Aviv.” The truth, of course, is that the Israeli air force would have crushed Isis the moment it dared to cross the Jordanian border from Iraq or Syria.

The importance of this, however, is that if Israel keeps its army on the Jordan (to protect Israel from Isis), a future “Palestine” state will have no borders and will be an enclave within Israel, surrounded on all sides by Israeli-held territory.

“Much like the South African Bantustans,” says Avnery. In other words, no “viable” state of Palestine will ever exist. After all, aren’t Isis just the same as Hamas? Of course not.

But that’s not what we heard from Mark Regev, Netanyahu’s spokesman. No, what he told Al Jazeera was that Hamas was “an extremist terrorist organisation not very different from Isis in Iraq, Hezbollah in Lebanon, Boko Haram…” Tosh. Hezbollah is a Shia militia now fighting to the death inside Syria against the Sunni (Salafi Wahabi and Deobandi) Muslims of Isis. And Boko Haram – thousands of kilometres from Israel – is not a threat to Tel Aviv.

But you get the point. The Palestinians of Gaza – and please forget, forever, the 6,000 Palestinians whose families come from the land of Sederot – are allied to the tens of thousands of Islamists threatening Maliki of Baghdad, Assad of Damascus or President Goodluck Jonathan in Abuja. Even more to the point, if Isis is heading towards the edge of the West Bank, why is the Israeli government still building colonies there – illegally, and on Arab land – for Israeli civilians?

Well, you know, there is a convention that you’re not supposed to speak ill of the recently dead, which unfortunately imposes a kind of vow of silence because there’s nothing else to say – there’s nothing good to say. (Ariel Sharon) was a brutal killer. (Sharon) had one fixed idea, which drove him all his life: a greater Israel, as powerful as possible, as few Palestinians as possible. (The Palestinians) should somehow disappear – and an Israel which could be powerful enough to dominate the region. (Ariel Sharon’s) career is one of unremitting brutality 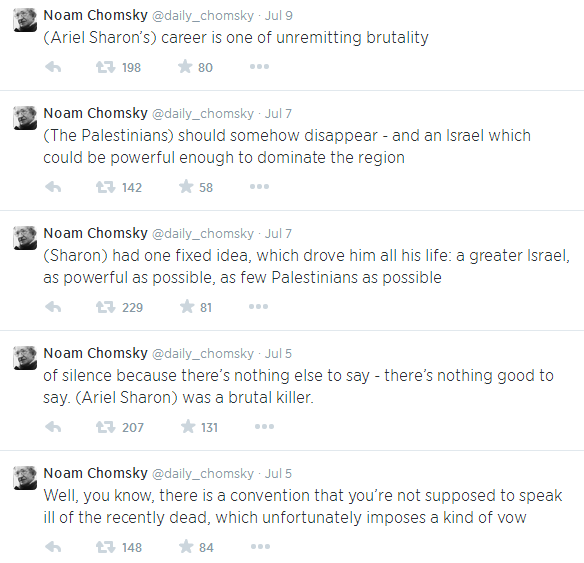 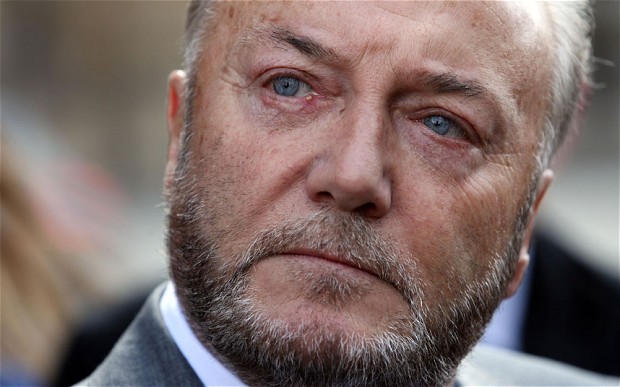 The IDF practice of firing a missile at a civilian home to warn the occupants to leave the building before a larger attack, has been caught on film. Amnesty International has decried “roof knocking,” saying it in no way constitutes an “effective warning.”

A YouTube video uploaded on Saturday shows how a Palestinian house in Samir Nofal is struck by a warning shot before being destroyed about a minute later by a full missile attack.

Prior to the strike the occupants of the building reportedly received a call from the IDF, warning of an imminent attack.

Amnesty International has condemned the “knock on the roof” technique in an appeal to the UN to investigate possible violations committed by Hamas and the IDF during Operation Protective Shield.

“There is no way that firing a missile at a civilian home can constitute an effective ‘warning.’ Amnesty International has documented cases of civilians killed or injured by such missiles in previous Israeli military operations on the Gaza Strip,” said Philip Luther Director of the Middle East and North Africa Program at Amnesty International.

Over a hundred Palestinians have been killed in the latest Israeli offensive on Gaza and Amnesty documents that at least 24 children and 16 women were among the casualties.

“Swift UN action is needed as lives hang in the balance,” said Luther. “The international community must not repeat previous mistakes, standing by and watching the devastating consequences for civilians of both sides.”

Amnesty has also urged for an embargo on all Israeli and Palestinian military groups in an effort to bring a halt to the conflict.