In this video, another Good Liberal “anti establishment” Pro Taliban icon, Comrade Shahbaz Sharif evokes the style of Hitler when he pledges to drag the then President Zardari, on the streets of Larkana, Karachi and Lahore.

After initially endearing himself to Pakistan’s Good Liberals/Honda Civic Society by reciting Faiz whilst simultaneously enriching himself with Crony Capitalist Project, Comrade Shahbaz Sharif has gone one step further.

In the last month, Comrade Shahbaz Sharif, the Chief Minister of Bunjab presided over the cold blooded massacre of Sunni Barelvis who were killed by Shahbaz Sharif’s cops and assistants like Gullu Butt. The trifecta of Ranas, Rana Mashot, Rana Sanaullah and Rana Tariq of Deobandi Sipah e Sahaba (ASWJ/LEJ/TTP) adding the extra punch. 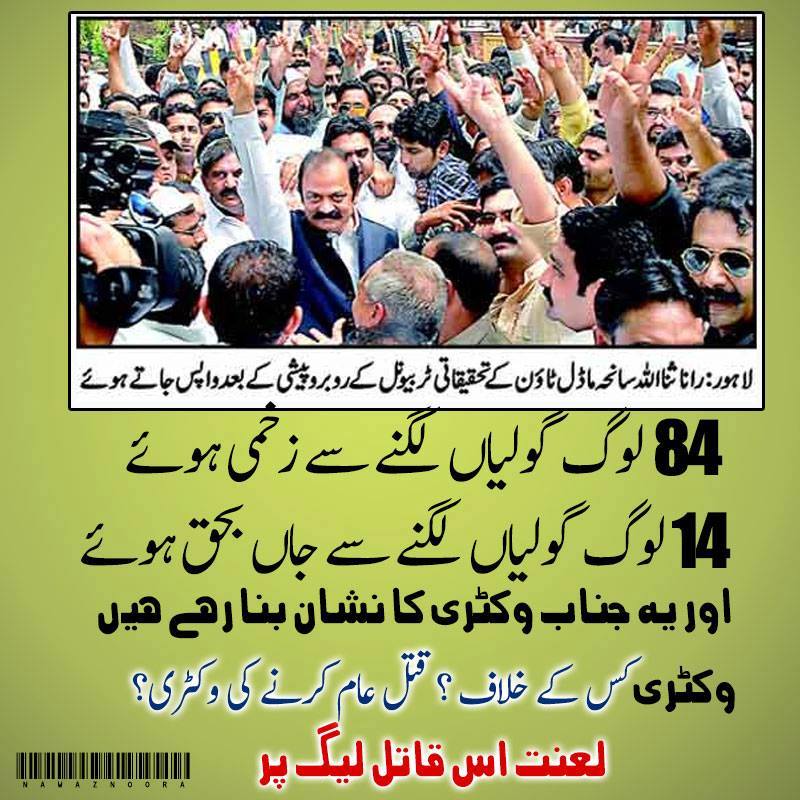 In Pakistan, Good Liberals, many of whom are also Secular Sectarians, love to abuse, mock and jeer Non-militant Sunni Barelvi and Shia clerics but who can hardly ever bring themselves to explicitly condemn Hardliner Pro Taliban Deobandi clerics. Infact, some of these Good Liberals, who are also Beneficiaries of Comrade Shahbaz Sharif’s “largesse” even promote Anti-Ahmadi Deobandi clerics as “progressives” and virulently anti-Shia banned leaders like Ludhainvi in their editted periodicals such as The Friday Times.