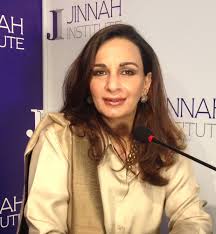 Whistleblowing; after the event – by Kamran Shafi

Who indeed, is surprised at the so-called revelations of General Athar Abbas? Certainly not people like I who have written reams since 10 years now on delayed actions from Malakand to Dir to Swat to Buner to Fata; or to name just one more due to paucity of space, my friend Dr Mohammad Taqi, who wrote in his, “The Slanted Truth”, in the Daily Times on June 17, 2010: “The Taliban are neither down nor out …

“On June 5, 2010, two articles appeared in the Pakistani press. The one in this paper titled “North Waziristan, the Punjabi Taliban and the Durand Line”, by Mr Naeem Tahir and the second, “N. Waziristan: the final frontier”, published in another daily by Ms Sherry Rehman, an MNA. The resemblance between these two articles is striking. Had it been Urdu or Persian poetry, one would have been tempted to call this tawarud, i.e., two poets expressing, coincidentally, the same ideas in very similar words without prior knowledge of each other’s thought or work.

“Upon a cursory read, both pieces might come across as opinions by liberal writers who are concerned about the curse of Talibanisation afflicting Pakistan and are trying to float an indigenous plan to fight it. A slightly deeper look, however, would reveal that, clad in a liberal cloak, the authors may be peddling the Pakistani security establishment’s view, i.e., that despite the clear and present danger that the Taliban and al Qaeda portend, we are not able to do much about it, especially in North Waziristan.

“Ms Rehman, whose written or spoken word on military strategy and the Pak-Afghan geopolitical situation has hitherto remained hidden from the public eye, makes a foray into both spheres. She starts by dropping some geographical terms like ‘Loya Paktia’ and using quasi-military jargon. She writes: ‘The challenge in NW is that Islamabad does not have the military or civilian capacity to open all fronts at the same time. Despite impressive successes in other tribal agencies, the Pakistani army faces a 50,000-strong critical mass of armed guerrilla combatants in NW. They have learnt to avoid set-piece battles. After army operations in surrounding areas, a hardened assortment has sought sanctuary there.’

“A similar formula is deployed by Mr Tahir, who mentions the Peochar stronghold of Maulvi Fazlullah, along with a narrative of the valley’s capture and the ‘successful operations’ in South Waziristan, etc. He concludes: ‘Action in NW must be undertaken, but the timing must be decided by the government of Pakistan and the armed forces, and it should follow the settlement of these issues.’”

So there we have it, friends, but please now that the operation has started against the murderers and car thieves and robbers and kidnappers for ransom, let us stand behind our armed forces as one. May they do well and may the Almighty watch over them.

Aslam Begism of the Century (1990): “[The] Pakistan Army can now, in a conventional Pakistan-India military conflict, retreat to mainland Afghanistan, regroup and launch a counteroffensive against India.”

Source : Extract of an article taken from http://tribune.com.pk/story/730800/whistleblowing-after-the-event/