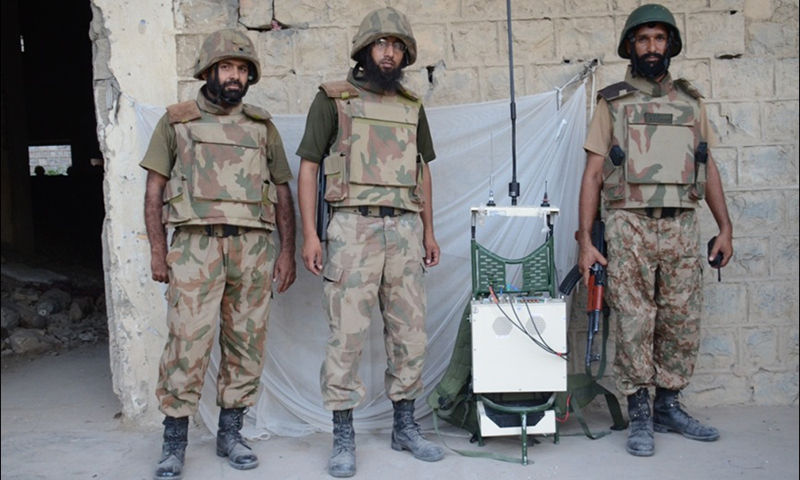 ISLAMABAD: Pakistan on Tuesday reiterated that the ongoing Zarb-i-Azb military offensive, launched to eliminate insurgent hideouts in the North Waziristan tribal area, would target all militants, including the feared Haqqani network.

“That means any terrorist who is on the soil of Pakistan right now within the area of operation,” he told reporters.

“The terrorists of various hue and colour are not wearing different caps, so this will be an indiscriminate operation – when they (soldiers) go there they will eliminate everyone without discrimination.”

The military officials also made it clear that the current operation in North Waziristan Agency was Pakistan Army’s own operation and had no involvement of other foreign forces.

“It’s wrong to link drone attacks with the ongoing operation,” a top military official was quoted as saying during the press briefing.

No foreign forces involved in Zarb-i-Azb… by dawn-news
Minister for States and Frontier Regions (Safron) Abdul Qadir Baloch, speaking at the same briefing, said the government was clear that no one would be allowed to use Pakistan as a base for attacks.

“Anybody who has been involved in terrorist activities, whether he is Haqqani or not Haqqani, is very much included,” he said.

The Pakistani military also demanded Afghanistan help the offensive by stepping up efforts to eliminate the leader of the Tehreek-i-Taliban Pakistan (TTP), Mullah Fazlullah, believed to be in hiding across the border.

Bajwa urged Afghanistan to do more to track down hardline cleric Fazlullah, who took over the TTP leadership last year after previous chief Hakimullah Mehsud was killed by a US drone.

“This is something we have been crying hoarse – this has been raised at every level,” he said.

“The leader of the TTP Mullah Fazlullah is sitting across the border in Kunar or Nuristan and Afghanistan needs to do something about it.”

There have been fears that the Haqqani network, blamed for numerous deadly attacks on Nato forces in Afghanistan, would be spared.

US officials have in the past accused Pakistani intelligence agencies of links to the Haqqani network, with one top military officer once calling the militants a “veritable arm” of the Inter-Services Intelligence (ISI) agency.

Nearly half a million people have fled the fighting in North Waziristan and Bajwa said the only people left there were militants.

Prime Minister Nawaz Sharif doggedly pursued talks with the TTP from February, but to little avail.

A dramatic attack on Karachi airport, killing dozens of people, brought a sudden, bloody end to the peace process and sparked the military offensive.

Rumours of a military operation circulated for months before it actually began and there are fears that hardcore militants – including the Haqqanis – have melted across the porous mountain border with Afghanistan.

Resistance to the military’s advance has been relatively light, adding fuel to the argument that the insurgents the army has vowed to smash are simply no longer there.

Two security personnel were killed and another injured in a militant attack on a security forces’ vehicle in Mirali tehsil of North Waziristan Agency, as the ground offensive launched by the military a day earlier continues.

Military sources confirmed that two soldiers have died and another injured in the ambush carried out in the area between Kajori and Ippi villages in North Waziristan tribal region.

The security forces’ convoy was fired upon from an elevated position.

Secuirty personnel cordoned off attack site as a search for the attackers went underway.

376 suspected militants have been killed while 19 others surrendered to authorities since the operation commenced two weeks earlier, according to the Inter Services Public Relations (ISPR)’s latest tally.

The ISPR had said that 61 suspected hideouts had also been destroyed, while 17 soldiers of the military have reportedly died during the ongoing operation.

The fighting prompted the exodus of the civilian population of North Waziristan and more than 450,000 internal displaced persons (IDPs) were registered at Saidgai point set up by authorities at FR Bannu.

North Waziristan is one of Pakistan’s seven semi-autonomous tribal regions along the Pak-Afghan border and is rife with Taliban militant activity.