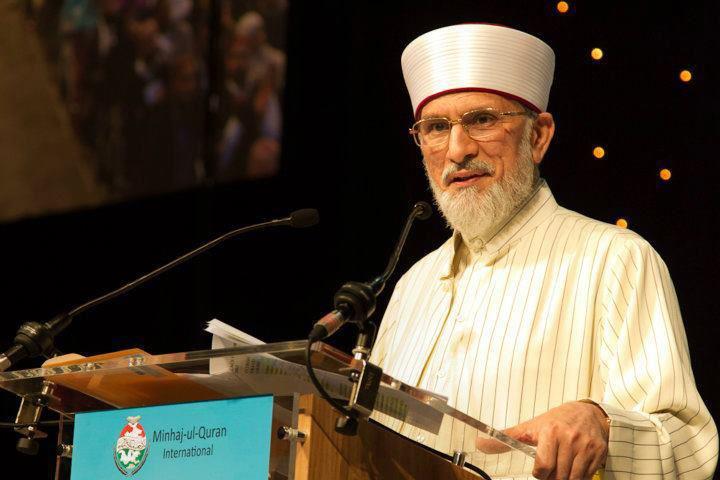 With the arrival of Chabi wala baba aka Qaid-e-Inqlab Shaikh-ul-Islam Professor Dr. Muhammad Tahir-ul-Qadri, twitter was a abuzz with the “liberals” and “seculars” tweets showing how much “liberal” and “secular” they are. From “پیشہ ور دلال” like Nusrat Javed to my dear friend Zaalan everyone was so eager to prove their liberalism and secularism that I truly feared that some of them might actually explode on twitter.

There was also an interesting exchange of tweets between Abdul and Zaalan in which Zaalan so clearly explained how he would stand by liberals and seculars and not with any molvi against Taliban and extremism.

I remember I wrote about this before but the current episode made me write more on this.

Every crime has some degree of intensity, that is why there is a difference between a crime and felony. A felony is a type of crime that is serious and carries heavy penalty. Jaywalking is a crime but murder is both a crime and a felony. People have strange views, one might call them “absurd”, laughable and even condemn those views. Last year I happened to go in a service of Romanian Church on the eve of Christmas, and after very joyful rhymes and poems, all of a sudden people dropped on their knees and start crying and praying, I was taken aback, I thought how “absurd” is it and almost started laughing. But then I realised that how many laughable and absurd things I commit on daily basis. From crying while watching an emotional scene in the movie and feeling angry when Pakistan looses a cricket match, to believing that “universe was created on throw of a dice” and there might be another universe in which PejaMistri is Molvi Munnawar Hassan (shame on me).

The point I am trying to make is that its all about proportion. Once you loose sense of proportion, you basically keep the same extremists views but simply switch the sides. A lot of my “liberati” twitter fellows started screaming with the full throttle against “Chabi wala molvi”. A lot of them started proving how he is worse than Burqa Wala molvi (Molvi Abdul Aziz), and how his Lahore residence is same as “Laal Masjid”. How he is responsible for the killing of 14 people in Lahore and so on and so on. I am not going to defend this molvi, to me he is just a molvi like so many other laughable molvis exist in the world. But just like in my “secularism” I don’t start abusing every other ideology and religion, it is not right for me to start equating him with the extremist like Taliban and Deobandi/Wahabi ideology.

Let me explain in more detail, back in my college days in those dark days of General Zia, when I found the light of “Communism” and “Atheism”, I started “preaching” Atheism, and condemning all those friends and class fellows of mine who would go to “Dars-e-Quran” and “Masjid”. In my zeal, I even started “Dars-e-Das-Kapital”. In fact once I started a “Dars-e-Nancy-Friday” in competition with Jamati’s Dars-e-Quran and believe me more started coming to “Dars-e-Nancy-Friday” listening “Forbidden Flowers” than people going in Dars-e-Quran 🙂. But during a discussion we realised that it is almost no different than Jamaati Molvis who “Preach” their ideology with as much “zeal and zest” as I am preaching my ideology. And soon I realised that it is not just “preaching” and it is the “zeal and zest” and “force” with which we “preach” and many a times “impose” our ideology on others. And there comes the sense of proportion. As I said people have so many different views, many of those views are “absurd” and “condemnable” but while “ridiculing” or “condemning” such views one must keep in view the relative proportion of intensity of such views. The “condemnation” of “cigarette smoker” in public is not equal to that of a mass killer.

Let me be more explicit, there is no comparison of Deobandi/Wahabi/Salafi “Islamism” and other “laughable” Islamic beliefs like Ahmadis, Shias, Bralevis. I find it ridicules when our “liberati” condemn and put pictures on twitter/facebook of Ahmedi’s kissing their Khalifa’s hand, a Bralevi dancing on Qawali or a Shia doing Matam, and in their zeal to condemn the “religion” and show how much “secular” and “atheist” they are, they proudly declare that they are “real” liberals who condemn “ALL” absurd “Islamic” practices just like they condemn Taliban’s extremists views. No my friend no, there is something wrong in this, there is a huge difference between “Islamist” who declares other religion “Kufr” and then strives to eliminate that “Kufr” by “use-of-force” or by “use-of-tongue” or by “use-of-hatred-in-their-heart”, and a “muslim” who simply commits “laughable” acts in his search to get “Jannah”. There is no doubt a muslim can turn “Islamist” at any time but until he is just a “muslim” you can not equate him with an Islamist.

P.S. I wish I had more time from my day job to finish this. Please wait. 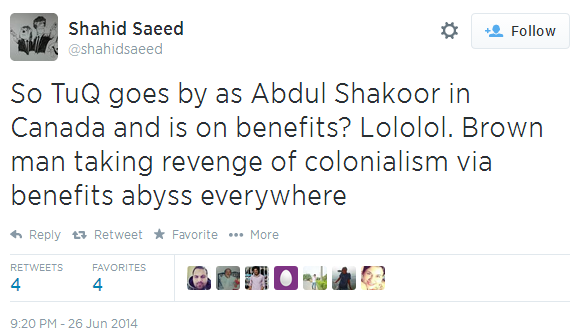 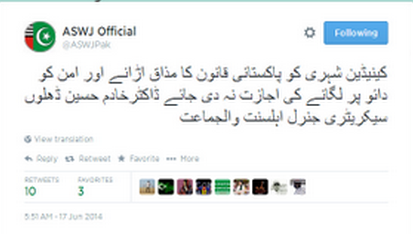 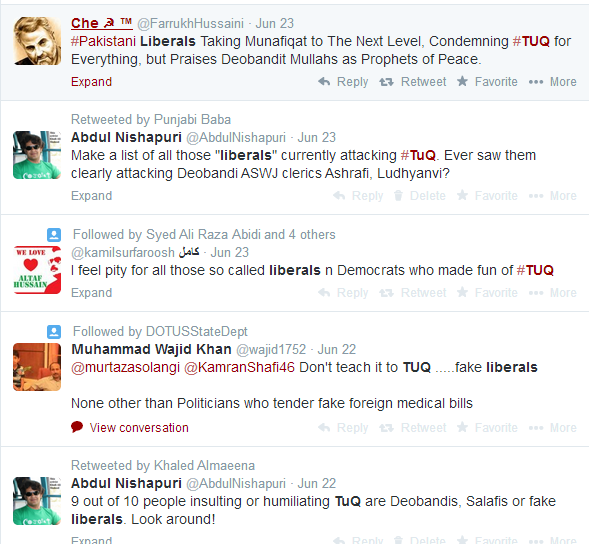 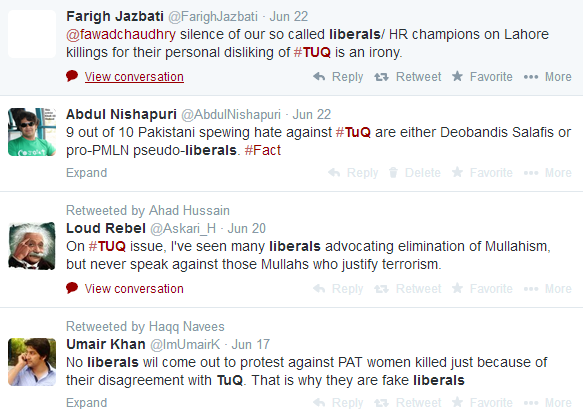 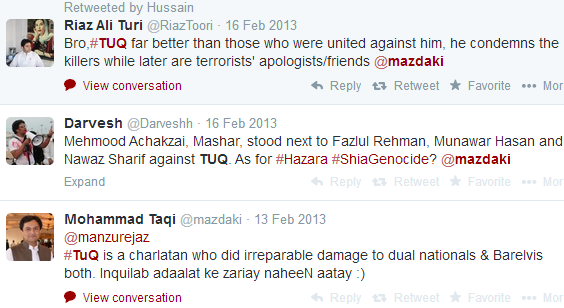