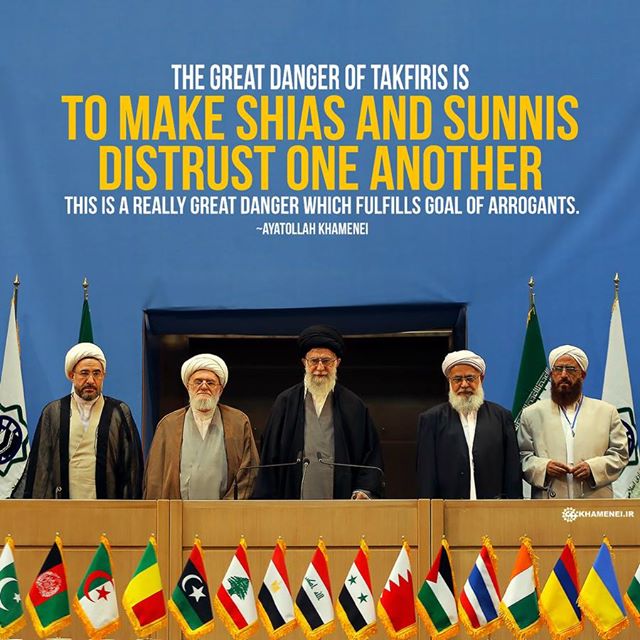 The great danger of the ‪#‎Takfiri‬ forces is not about killing the innocents, although that is a ‪#‎crime‬, a big crime, but the greater danger is that Takfiris make Sunnis and Shias distrust one another; this is a really great danger which fulfills the objective of the arrogant powers and we should prevent this. ‪#‎Shias‬ should be aware and should not consider Sunnis accountable for ‪#‎Takfiris‬’ actions. ‪#‎Sunnis‬ should also be aware and should not be influenced by Takfiri’s accusations and allegations against Shias. They should be vigilant; both Shias and Sunnis should be aware.