Home  »  Featured • Original Articles   »   Jinnah made a mistake and I am ashamed of being Pakistani! – by Mehwash Badar 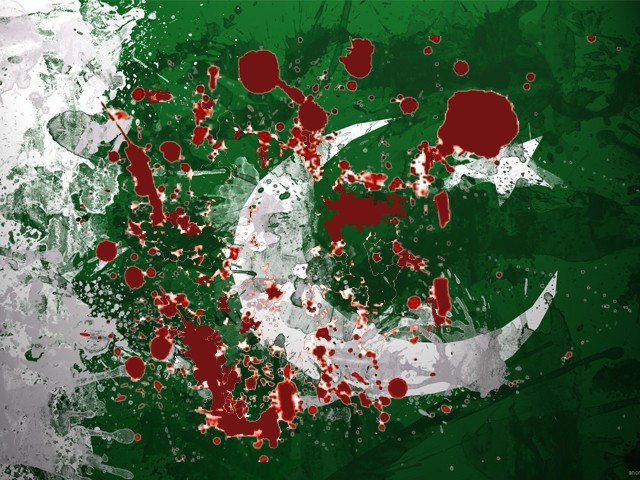 I google ‘Pakistan’ on the news and everything that is reported is about death, destruction, squabbling politicians, ailing children, extremists blowing up things and a struggling economy.

Editor’s note: LUBP is sad to note that Mawash’s twitter account is inactive and there are threats being posted everywhere on social media. Whether you agree or disagree with Mawash you must respect her right to have her opinion. There are good scholarly reasons to justify her thinking. It is not necessary for everyone to think the same way, have the same views or wear the same clothes. We are cross posting here before it is taken down for blasphemy.

I think there is merit to her opinion. What is done is done cannot be undone, but we can do objective analysis. Truth is the Muslims who felt threatened as a minority are still in India and get persecuted. If Quaid-e-Azam had to make it should have made it to Dehli and included UP and CP and contiguous all the way to Dacca along with independent state of HaiderAbad. Hyderabad could be a large country on its own.This is wrong history that Pakistan was dream come true. What Quaid-e-Azam really wanted was Pakistan Zones. He accepted all the traditional threat frontier on the North. Traditionally threats always came to India through Afghanistan, all the invaders came through Khyber. On top of that created another new threat from the South or India. This is why Pakistan has been spending one third of her GDP on defense and breeding Taliban Madrassas on along every border outpost with India.

There is no open thinking or discussion. This is exactly the problem with Pakistan. If we have to get Kashmir the only way is not more Deobandi Taliban. Maybe you spend a little bit less on defense and more on human development. If we had spend the world average of three percent on defense rather than the thirty three percent that we do spend, only since 1999 nuclear blasts, everyone in Pakistan would have twice the money they have now. 1999 is chosen here because it is reasonable to assume that since we have the bomb, we can feel a little bit more secure.

Another benefit of having two times income would be that the Kashmiris may want to join us. Throwing more Deobandi Taliban (sworn to kill Shia and Sufi Sunni) at them will not do the trick. Watching the Shia and Sunni brelvi Genocide in Pakistan does not encourage the more moderate Shia and Sunni of Kashmir to rush to Pakistan either.

LUBP had published this critical note on Pakistan history a couple of years ago. This note provides a more critical and dispassionate look at our country’s history than the rose tinted view of hypernationalists and the selective work of liberal elites
https://lubpak.com/archives/222082

Anyone who has ever travelled abroad will tell you that no matter where you go, no matter how developed the country it is that you’re travelling to – if you’re a British national or a Caucasian American, the doors become friendlier. The security becomes less pressurising. Visa queues are shorter. Procedures are simpler.

If you’re a brown Pakistani man (or even woman) who is travelling to another country – that’s a whole other story. You’re working in the Middle East, chances are your salary is just a little bit above the basic working wage – or anything that will get you a bed-space with seven other human beings. Respect is minimal. You’re not supposed to ruffle any feathers. Or demand for rights. Your children are thousands of miles away studying (because you can’t afford education for them here), your wife probably has another job to help make ends meet and your job squeezes every drop of your blood into a tiny container that helps build the skyscrapers and that little container is thrown away quicker than you can say ‘burj’, as soon as your company decides to say bye bye.

Pretty much the equivalent of… well, I don’t know. What is that the equivalent of? What analogy do I draw to represent the utter misery that is being a Pakistani in this super-power dominated world?

As if the current state of the country, what with its years of dictatorship and lack of infrastructure, hasn’t driven us insane enough, there is the added bonus of inviting religious extremists and letting them destroy everything we hold near and dear. Sure, apologists will reason it saying “this is not true Islam” and whatnot. But my question is when – seriously – when do we set aside the debate of what is true Islam and what isn’t?

Let the clerics and the religious scholars sit in their mosques and minibars – oh I meant minbars. But once and for all, eliminate and annihilate the savage, beastly, cowardly, immoral men who buy the bodies of fragile, poverty-stricken, desperate men, strap them with explosives and send them into markets with innocent women and children. Finish these abhorrent elements in the society that attempt to throw us back to the Stone Age.

A recent article in the New York Times reported on the World Health Organisation (WHO) declaration of the polio emergency in Pakistan.

Last year, a polio worker was killed in Peshawar, as well as another who was shot dead in Khyber Agency. Several were kidnapped in Bara. In January this year, gunmen killed three health workers taking part in a polio vaccination drive in Karachi. Not Kabul. Not Sierra Leone. Not Riyadh. Karachi. My heart boils and burns as more devastating news and reports flood the channels. The New York Times article further stated that according to a report, the highest refusal rates for polio vaccination were recorded in wealthy neighbourhoods of Karachi because they had “little faith in public health care”. In North Waziristan, the Tehreek-e-Taliban Pakistan (TTP) have forbidden vaccinations since years. Pakistan thus has 59 polio cases to report, the most of any in the world.

Being a mother, it scares me. It keeps me awake at night. It reminds me that even if I run far far away from the borders of my own land, its demons will continue to haunt me and my future generations. I Google ‘Pakistan’ on the news and everything that is reported is about death, destruction, squabbling politicians, ailing children, extremists blowing up things and a struggling economy.

I raise my eyes to our neighbouring country and see what could have happened if we were still a United India. Maybe we would have been polio free too. We would have been a unified part of a process of being the world’s next big force to reckon with. Of being a part of the next blazing economy.

I find myself deeply wishing that Jinnah hadn’t made this mistake – that he had thought about the future of Pakistan. He didn’t think of the obscurantist mindset that he had propelled forward, the countless millions that died at the hand of this vague agenda that fails to unite us as a nation. I look at the years of struggles that Pakistan faces, the fall of Dhaka, the provincial wars, the stark separatist mindsets and I wonder what Mr Jinnah was thinking when he decided to leave the Indian National Congress (INC).

We share more with our Indian brothers than our ancestral DNA. Our food, language, clothes, lifestyles are more like them than the Arabs we so badly want to mimic and ape. I stare at the green passport with the same self-loathing as the fat 16-year-old girl with pimples on her face who is told that she cannot get married because she will always be blind, diseased and fat and her elder, stronger, prettier, better-educated sister will snag all the good catches because she ended up with the better caretaker after the divorce of their parents.

Pakistan is a fledgling, flailing state. And those 59 children, whose legs can never work anymore, the family of Raza Rumi’s driver, those who shed tears for Salman Taseer, for Perveen Rehman, for Rashid Rehman, for Dr Murtaza Haider and his 12-year-old son – every single person who went out to have a normal day and never made it home alive – are all paying the price of the empathy, respect and awe YOU show cowards like Mumtaz Qadri.

So, to every single person who defends their patriotism blindly and their religion with a bullet, I hope you know exactly whose side you are on. I hope you sleep well at night knowing that you are on the side of the murderers.