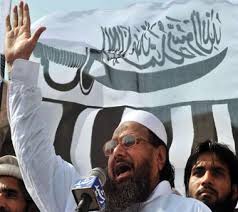 KARACHI: While the government of Pakistan says it believes in non-interference in the on-going Syrian conflict, a powerful jihadi group with self-confessed links to the security establishment has for the first time openly adopted a sectarian stance while declaring Shias as disbelievers, raising fears of increasing sectarian tension in the country.

Jamaat-ud-Dawa (JuD) headed by Hafiz Muhammad Saeed, a man with a $10 million bounty on his head, has previously been silent on sectarian issues. When this correspondent spoke to a JuD spokesman a few months ago for a story and asked him about their party position on Shia Muslims, he had responded by saying that they believed in unity among Muslims and their “focus” was to “target India and America, the real enemy”. But the latest statement from a prominent religious scholar associated with the JuD comes across as a change in policy.

“Our position on Syria is the same as the position of the major scholars of Saudi Arabia. They have issued a fatwa to support the oppressed Muslims of Syria,” he said adding that “the key point is that the government of Syria and those supporting it under the garb of Islam are Rawafidh, who are disbelievers because of their beliefs. These Rawafidh are like Jews – liars and slanderers. It is obligatory for every Muslim to support the people in Syria against the government,” said Sheikh Mubashir Ahmed Rabbani.

The latest verdict is a cause of concern for many in the Shia community.

“Traditionally this militant faction has kept itself far away from sectarian terrorism in the country and hardly taken any stance on Sunni-Shia theological schism. They are primarily interested in Kashmir and India. The links of this organisation with our powerful security and intelligence apparatus is well known. The repercussions are serious considering well established relationship between ISI and JuD,” argued Khurram Zaki, a Karachi-based political analyst and a prominent member of the Shia community working for sectarian harmony.

According to the Foreign Office, bilateral political consultations between Pakistan and Iran held in Tehran this week have been fruitful and underlined “the need for Pakistan and Iran to continue to work together for stability, peace and development of the region.”

However a brief survey of the Shia minority here revealed many of the apprehensions found in the community.

“Pakistan’s role in Bahrain is known to all. Saudi Arabia’s interference in our affairs and its apparent plan to use us as mercenaries in Syria is making rounds. Only a few days ago there was a global anti Shia alliance convention in Indonesia in which there was a joint call of jihad against Shia Muslims. It does not take a genius to work out that we are being cornered,” said a student of Karachi University asking not to be identified.

A few days ago, Dawn reported on the plans of various militant groups to stir sectarian clash in Pakistan. The threat is acknowledged by security agencies. A Rangers official told Dawn that recently the security agencies carried out a crackdown in Karachi after an intelligence report suggested a plot to trigger large sectarian violence in the economic hub of Pakistan.

“It was the timely intelligence report as well as action by the security agencies that prevented bloodshed. We are closely monitoring the situation,” he assured.