Editor’s note: One does not have to be an expert in the fields of either International Relations or Political Science to figure out that the global  Deobandi/Salafi Mafia (That is headed by Saudi Arabia and its underlings, the Gulf states), is behind the grand and gruesome  scheme to wipe off from this planet, an already persecuted Shia Muslim populace of almost 400 million. The numerous acts of defamation and discrimination Indonesia and Malaysia are orchestrating against Shia Muslims in their respective countries are no different than what have already taken place in Afghanistan, Bahrain, Egypt, Lebanon, Pakistan, Syria and other Muslim lands. Moderate Sunni Brelvi and Sufi Muslims have been almost equally victimized by the Salafi hate mongers, who refuse to accept people of other sects in the fold of Islam.

This baseless hate mongering is not a part of mainstream islam. This clearly demonstrated by the historic Al Azhar’s joint Fatwa of all major schools of thought in islam by Sheikh Shaltut clearly accepts major Shia and Sunni schools as part of mainstream islam. The Salafis and their Deoabandi proxies comprise of less than five percent of the entire muslim population. They simply have a louder voice because they control Mecca and Medina since they ended the last Muslim Caliphate of  the Ottomans in 1922 and they have the means to support global terror and Islamofascism from their oil riches. 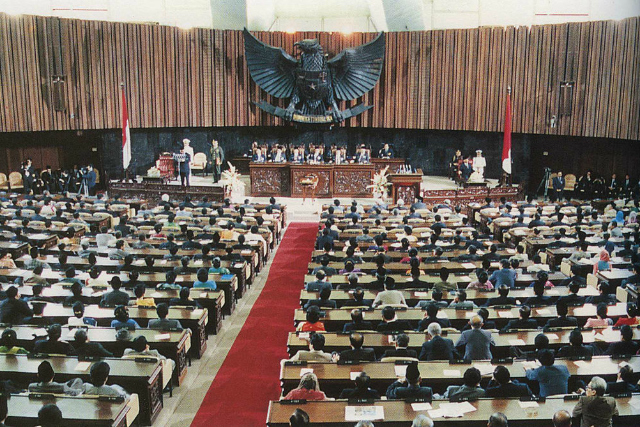 WASHINGTON, April 25, 2014 – Last week, the world’s first ever “Anti Shia Alliance” convention was held in Jakarta, the capital city of Indonesia. The event was attended by thousands of participants, who called for “jihad” against Shia Muslims. Several government officials were in attendance. During the conference, a Shiite journalist who was covering the program for Ahlulbait Indonesia, reported being detained, interrogated, and beaten by group organizers and attendees.

The alliance is a coalition of various groups who all maintain an anti-Shia agenda, including the Anti-Heresy Front, led by Ahmad bin Zein al-Kaff.

The convention resulted in an “Anti Shia Declaration” which reads as follows:

The alliance is a preaching forum to promote virtues and prevent abominable acts.
The alliance will take any necessary measures to maximize the prevention of the proliferation of heretical teachings by Shia followers.
The alliance will forge good relations with other preaching organizations.
The alliance will demand that the government immediately ban Shia and revoke all licenses for foundations, organizations and institutions owned by Shiites.
In a speech, bin Zein al-Kaff said “It’s time that we declared jihad against them…We should not tolerate them anymore.”

Another part of the alliance, the Islamic Defenders Front (FPI) had its members attend wearing black ski masks and camouflage clothing, with shirts that said “Heresy Hunters.”

The Jakarta Globe quotes the group’s leader, Tardjono Abu Muas, as saying “We all have to understand that Shia has tainted the true Islamic teaching… Our government should be like the Malaysian government.” The Malaysian government has increasingly banned the practice of Shia Islam within their country, and has been criticized by Human Rights Watch for human rights violations against the Shiite minority.

Another leader in the organization, Athian Ali said that more than 100 Muslim clerics attended the event.

The Jakarta Globe writes that anti Shia attitudes are a key component of upcoming elections in Indonesia, “[The Anti Shia Alliance] was borne out in the message to the crowd from Muhammad Al Khaththath, the secretary general of the Indonesian Ulema and Congregation Forum, or FUUI, which in 2012 issued a call to build ‘anti-Shiite posts’ saying ‘We will support any candidate who wants to make an MOU to purge the Shiites from Indonesia. If [Subianto] is ready to do that. he will become the president.’ ”

Ahmad Cholil Ridwan, a leader from the Indonesian Council of Ulema (MUI), attended the event and also spoke of the need to “purge the Shiites” from the country.

According to the Jakarta Globe, announcements made before the convention stated the Anti-Shia Alliance event would be “attended by officials including West Java Governor Ahmad Heryawan and Ahmad Cholil Ridwan, a leader of the Indonesian Council of Ulema, or MUI, the highest Islamic authority in the country.”

After extensive backlash, the West Java Governor announced he would not attend the Anti Shia Alliance meeting, but refused to speak out against the convention. Instead, Governor Heryawan sent his assistant, Ahmad Hadadi, who openly supported the conference.

“Persecution of Shia followers has escalated in the past few years. In 2012, Tajul Muluk, a Shia leader from Sampang, East Java, was sentenced to two years’ imprisonment for blasphemy.

“In the same year, a mob set fire to dozens of Shiite homes in Sampang, killing two Shia followers and forcing hundreds of others to take refuge in Sidoarjo, around 100 kilometers away.”

The Jakarta Post reported that after the Sampang burning “Some [victims] were even forced to convert to Sunni beliefs if they wished to return home.”

Last year, Indonesian Shiite leader Iklil Al Milal protested a decision to give an award to President Susilo Bambang Yudhoyono for religious tolerance in Indonesia. “We are living as if in prison. We no longer get food rations and there has been no security guarantee from the state,” said Milal at a public forum, speaking to conditions Indonesian Shias faced after the Sampang attacks.

“Today the population of Shia’s in the country is approximately one million, they are distributed all around the country, however, they are mainly found in Jakarta-which is the capital city of Indonesia, Bandanogh and Sowra,” says Imamreza.net. The same website also claims that Shiites originally entered the country when grandchildren of Sayyid Ali al-Uraidhi, son of the Shiite Imam Jafar Sadiq, migrated to Indonesia with his family members in the 9th century CE.