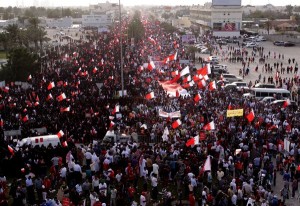 Saudi Arabia is giving $3bn – yes, £2bn, and now let’s have done with exchange rates – to the Pakistani government of Nawaz Sharif. But what is it for? Pakistani journalists have been told not to ask this question. Then, when they persisted, they were told that Saudi generosity towards their fellow Sunni Muslim brothers emerged from the “personal links” between the Prime Minister and the monarchy in Riyadh. Saudi notables have been arriving in Islamabad. Sharif and his army chief of staff have traveled to the Kingdom. Then Islamabad started talking about a “transitional government” for Syria – even though Pakistan had hitherto supported President Bashar al-Assad – because, as journalist Najam Sethi wrote from Lahore, “we know only too well that in matters of diplomatic relations there is no such thing as a gift, still less one of this size”.

Now the word in Pakistan is that its government has agreed to supply Saudi Arabia with an arsenal of anti-aircraft and anti-tank missiles, which will be passed on – despite the usual end-user certificates claiming these weapons will be used only on Saudi soil – to the Salafist /Doebandi rebels in Syria fighting to overthrow the secular, Ba’athist (and yes, ruthless) regime of Bashar al-Assad. The Americans, in other words, will no longer use their rat-run of weapons from Libya to the Syrian insurgents because they no longer see it as in their interest to change the Assad government. Iraq, with its Shia majority, and Qatar – which now loathes and fears Saudi Arabia more than it detests Assad – can no longer be counted on to hold the Shias at bay. So even Bahrain must be enlisted in the Saudi-Salafist cause; his Royal Highness the King of Bahrain needs more Pakistani Doebandi mercenaries in his army; so Bahrain, too – according to Najam Sethi – is preparing to invest in Pakistan.

But this is merely a reflection of a far larger movie, a Cinemascope picture with a cast of billions – I’m talking about dollars – which is now consuming the Middle East. It’s a story that doesn’t find favour with the mountebank “experts” on the cable channels nor with their White House/Pentagon scriptwriters, nor indeed with our own beloved Home Secretary who still believes that British Muslims will be “radicalised” if they fight in Syria. Sorry, m’deario, but they were already radicalised. THAT’S WHY THEY WENT TO SYRIA.

But the Taliban is no more going to take over Afghanistan than al-Qa’ida is going to rule Syria or Iraq, nor the Muslim Brotherhood Egypt. “Islamism” is not about to turn our beloved Arab and Muslim Middle Eastern world into a caliphate. That’s for The New York Times to believe.

Let’s just take a look across the region. Corruption in Afghanistan is not just legendary. This is a place where governance, law, electoral rules, tribal ritual and military affairs function only with massive bribes. It rivals North Korea in financial dishonesty (according to Transparency International). Remember the Kabul banking scandal that milked $980m (£584m) from the people (from which only $180m – £107m – was ever recovered)?

The Americans funded the Afghan warlords and then the NGOs spread their cash around the country and now, with the US withdrawal imminent – along with that of America’s NATO mercenaries – the Afghan gang bosses are not especially worried about the Taliban. Nor are they particularly concerned about women’s rights. But they are fearful that the dollars will stop flowing. A militia leader with three villas, 10 4x4s and 200 bodyguards has to find money to pay them when the Americans go home. So they will have to turn to drugs, money laundering and weapons smuggling on a massive scale. Pakistan, of course, is there to help.

In Iraq, mafiosi already run the Shia port of Basra and almost the entire oil output of the south of the country. “Institutionalised kleptocracy” was a minister’s definition of al-Maliki’s government; just take a look at my colleague Patrick Cockburn’s excoriating account of Iraqi corruption last year. In Syria, the rebels’ fiefdom is run by money mobs. That’s why every hostage has a price, every “Free Syrian Army” retreat – and the word “retreat” must also be placed in quotation marks – must be paid for, by the Syrian government or by the Russians or, most frequently, by the Iranians. The Syrian “civil war” is funded by Qatar and Saudi Arabia, by Libya and by Moscow and Tehran and, when it suits them, by the Americans. We’re so caught up in battlefield losses and war crimes and sarin and barrel bombs that we lose sight of the fact that the Syrian bloodbath – much like the Lebanese bloodbath of 1976-1990 – is underwritten by vast amounts of cash from foreign donors.

Just look at Egypt. The story we are supposed to swallow is that a benevolent if slightly despotic army has saved the country from an Islamist takeover. Just how President Mohamed Morsi – whose grasp of practical governance was about as hopeless as that of your average Egyptian general – was going to turn Egypt into a caliphate was anyone’s guess. Of course, our worthless political leaders – Tony Blair in the lead, naturally – are playing the “Islamist” line for the networks. Egypt was on the path to a medieval Muslim dictatorship, only rescued at the last minute by the defence minister-turned presidential candidate General al-Sisi’s belief in a “transitional government to democracy”.

Yes, the “transitional” road to democracy is all the rage these days. But the real counter-revolution in Egypt was not the overthrow of the pathetic Morsi, but what followed: the army’s re-establishment of its massive financial benefits, its shopping malls and real estates and banking, which bring in billions of dollars for the country’s military elite – and whose business dealings are now constitutionally safe from the prying eyes of any democratically-elected Egyptian government, “transitional” or otherwise. And if al-Sisi is elected the next President of Egypt – O Blessed Thought – woe betide anyone who suggests that the army, which is still the recipient of billions from the US, should clean up its multi-million dollar conglomerates.

All this is to say that the Middle East we must confront in the future – and it will be of our making as surely as the mass slaughter of its people have been primarily our responsibility – will not be a set of vicious caliphates, of Iraqistan or Syriastan or Egyptstan. No, there is one international, all-purpose name which we will be able to bestow upon almost all the states of the region, united as they have never been since the demise of the Ottoman Empire.

For the name of this brave new world will be Mafiastan.