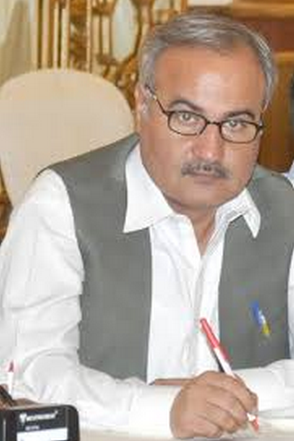 Dr Khadim Hussain, director of Bacha Khan Trust Educational Foundation, is a Pashtun nationalist scholar and educationist. I have read his article in daily Dawn (23/3/14) titled “ambiguous discourse” in which Dr Khadim Hussain (KH) argues that:

“After the construction of the discourse using the concepts of ‘khilafat’ sans frontiers, ‘jihad’ and ‘shahadat’, the religious right, in connivance with the militant network, has used all communication modes and sources at its disposal to create contradictions in the logic of the discourse. It has been able to accomplish the task through its consistent effort to create ambiguities in the mind of mainstream Pakistan, consisting primarily of Punjab’s middle-class, educated youth.” http://www.dawn.com/news/1094941

KH describes the efforts to differentiate between good and bad Taliban, the “blaming the Pashtun” attitude of the civil society and media by pointing to Pashtuns’ low literacy rate, poverty and culture, the theory of Pashtun revenge disseminated by militants via media, and the denial of responsibility as key elements of obfuscation and ambiguity.

Ironically, nowhwere in the entire article, KH himself mentions the ideological identity (takfiri Deobandi and Salafi/Wahhabi ideologies) and organisational identity (Sipah-e-Sahaba ASWJ which is the public, urban face of the Taliban TTP) of right-wing militants.

Instead of mentioning the identity of takfiri Deobandi terrorists of ASWJ (Sipah-e-Sahaba) and Taliban (TTP) in unambiguous terms, KH uses the following non-specific, generic words for them: religious right, extremist militant network etc.

KH also obfuscates the fact that not only the non-Pashtun outsiders, it is also the Pashtuns themselves who have contributed to misleading stereotypes about them. Of course, it was none elese than Bacha Khan who reinforced the (false) myth of Pakhtuns being unbeatable warriors to construct the anti-colonial aspect of his Pakhtun nationalist organisation, the Khudai Khidmatgar. https://lubpak.com/archives/307125

On social media, there are numerous examples of how Pashtun nationalism is freely mixed with takfiri Deobandi and takfiri Salafi/Wahabi sectarian views by certain Pashtun supporters of not only right-wing parties but also by  certain supporters of progressive Pashtun parties.

What KH and other Pashtun liberals have been trying to hide, just as many Punjabi and Muhajir liberals try to hide, is the ideological, not ethnic, roots of faith-based terrorism and militancy in Pashtun and other areas of Pakistan. The evil resides in the puritanical and intolerant nature of Deobandism and Salafism/Wahabism which was cunningly used by the ISI/CIA/Saudi trio to promote their specific political agendas in the South Asian region and across the world. The choice of the Deobandi and Salafi/Wahhabi clerics, seminaries and outfits by the ISI/CIA/Saudi complex was pre-meditated, not accidental. Of course, Shia and Sunni Barelvi Pashtuns of Parachinar, Khyber Agency, Peshawar etc were and remain opposed to puritanical, takfiri, violent ideologies of the ASWJ-TTP.

Indeed, the problem is not with the Pashtun, Punjabi, Arab, Chechen or any other ehtnicity. The problem is with the Deobandi (semi-Salafi) hate idology which was imported in Pashtun areas in last 150 years, particularly since 1970s, and is currently being fertilized and developed in other areas of Pakistan, particularly in southern Punjab, Karachi, Khairpur and Balochistan. This indigenous aspect of terrorism cannot be swept under the carpet by placing the entire blame on colonial Arabs, Punjabis or Americans.

KH and other Pashtun and Punjabi liberals routinely ignore or obfuscate the common ground between Ramzan Mengal of Balochistan, Aurangzeb Farooqi of Karachi, Ahmad Ludhyanvi of Punjab and Fazlullah of KP. It is not their ethnicity, it is their Deobandi takfiri ideology which is common denominator among them and is responsible for the current wave of terrorism in Pakistan which affects everyone but particularly targets Sunni Barelvis, Shias, Christians and other non-Deobandi, non-Salafi communities.

However, such clarity is hard to expect from scholars who use false Sunni-Shia binary in an attempt to obfuscate takfiri Deobandi ideology and outfits who are massacring not only Shias but also Sunni Barelvis, Christians and other communities.