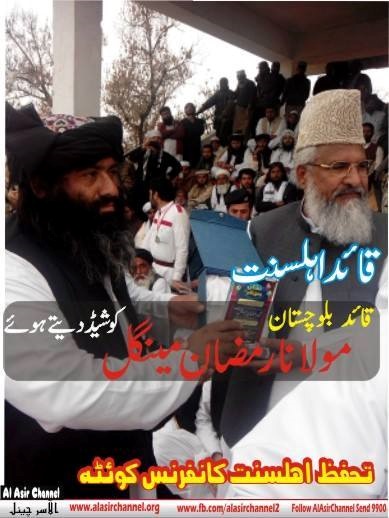 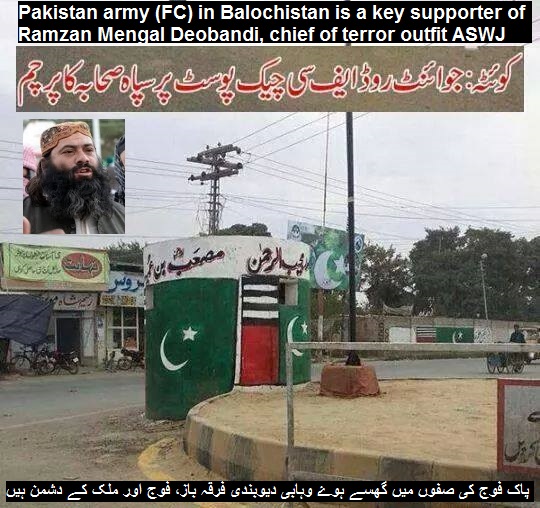 On 13 March 2014, an awards presentation ceremony was held in Quetta. Its sole purose was to honor those Takfiri Deobandis who have dedicated their lives in promoting and justifying the Shia genocide in Pakistan. To all intents and purposes, it was the First Shia Genocide Awards Ceremony. The head of the Sipa-e-Sahabah/Ahle Sunnat Wal Jamat (SSP/ASWJ) Mullah Ahmed Ludhianvi flew from Lahore and handed out shields to various Shia haters. 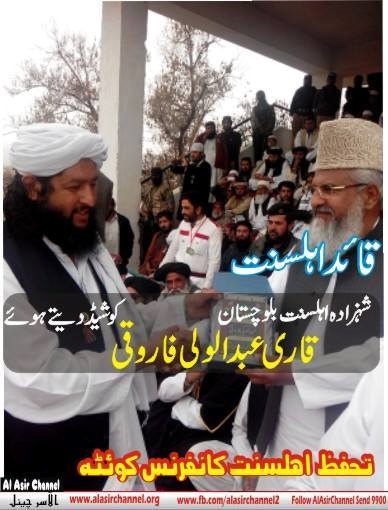 Some of the photos proudly published by various Deobandi sites on social media are reproduced in this post. Our point, however is this: Before and after the awads ceremony, “Shia Kafir!” slogans were shouted. Thousands of rounds of bullets were fired into the air in order to tell the Shias of Quetta that they can be the target of Takfiri bullets anytime. 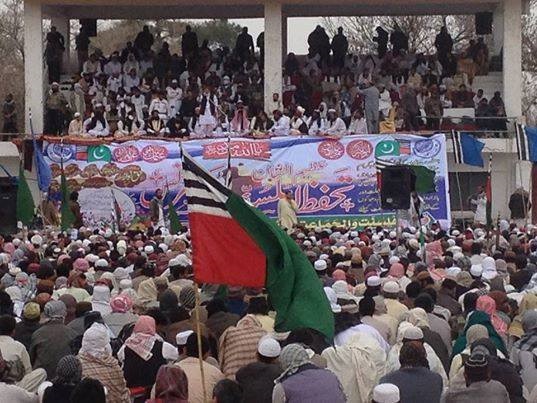 But more importatly, the ceremony was given protection by the police and inteligence agencies who cardoned off the area so no harm would come to Ludhianvi and his fellow Takfiri Deobandis. The FC checkpoints are located very close to the venue of the ceremony; they too provided cover to Shia haters. The PML-N government of Baluchistan looked the other way when Mullah Ludhianvi landed in Quetta with his Takfiri Shia haters. In fact they were given VIP welcome and protection. No channel or newspapers told the people of Pakistan how much anti-Shia venom was spat around in Quetta that day. Readers of LUBP can decide for  themseves whether or not the anti-Shia awards ceremony in Quetta was state-sponsored or not.

The ceremony closed after Mullah Ludhianvi declared that the war against the enemies of Islam would continue: More Shia will be killed.