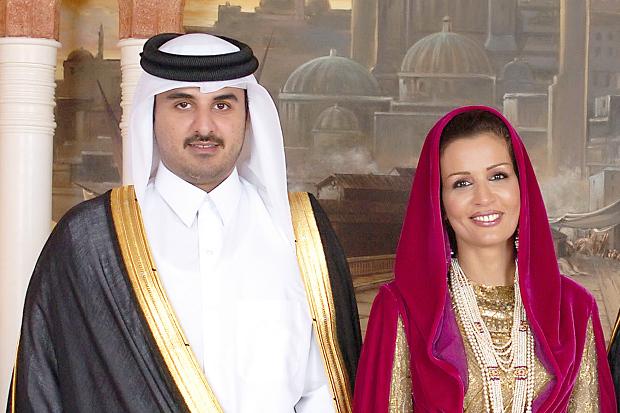 Editor’s note:  We are cross posting excerpts from two articles. The first one looks at the deeper causes of the friction between the Wahhabi (Salafi) monarchies of Saudi Arabia and Qatar. The second refers to the Al Arabia news about the recent diplomatic tiff which validates the academic analysis of the first article. The basic difference is that the Saudi monarchy seeks legitimacy from the institutional (and inflexible) Salafi clergy. Qatar is quiet happy to show to the Salafis/Wahhabis that they can drink alcohol and have freedoms but still celebrate their heritage of Abdul Wahhab.

They key question is what will happen next. It appears to be upto the new Emir Tamim of Qatar who has some tough decisions to make. Will Qatar become more aligned with Iran and Turkey? There is an opportunity for Qatar to become the local diplomat of the newly thriving US-Iran relationship. Will Qatar capitalize on the US-Iran diplomacy? Will it able to sell the modern Wahahbism to puritanical Wahhabi tribes of Saudi Arabia?

While the differences in social, foreign and security policies cannot be hidden, Qatar, which hosts the largest U.S. military base in the Middle East, and Saudi Arabia have nevertheless moved in recent years from a cold war to a modicum of good neighbourly relations and cooperation with clearly defined albeit unspoken red lines to outright proxy confrontation. In the process, Qatar has emerged as living proof that Wahhabism, the puritan version of Islam developed by the eighteenth century preacher, Mohammed Abdul Wahhab, that dictates life in Saudi Arabia since its creation, can be somewhat forward and outward looking rather than repressive and restrictive. It is a testimony that is by definition subversive and is likely to serve much more than the case of freewheeling Dubai as an inspiration for conservative Saudi society that acknowledges its roots but in which various social groups are increasingly voicing their desire for change. The subversive nature of Qatar’s approach is symbolized by its long-standing, deep-seated ties to the Muslim Brotherhood that faces one of its most serious litmus tests at a time of the ascension of a new emir and a successful Saudi counter-revolutionary campaign that helped topple the government of Egyptian President Mohammed Morsi in July 2013, and that same month, curtailed Qatari influence within the rebel movement opposed to embattled Syrian leader Bashar al-Assad.

A multi-domed, sand-coloured, architectural marvel, Doha’s newest and biggest mosque, symbolizes Qatar’s complex and volatile relationship with Saudi Arabia as well as its bold soft power policy designed to propel it to the cutting edge of the twenty first century. It is not the mosque itself that has raised eyebrows but its naming after an eighteenth century warrior priest, Sheikh Mohammed Abdul Wahhab, the founder of Islam’s most puritan sect.

The naming of the mosque that overlooks the Qatar Sports Club in Doha’s Jubailat district was intended to pacify more traditional segments of Qatari society as well as Saudi Arabia, which sees the tiny Gulf state, the only other country whose native population is Wahhabi, as a troublesome and dangerous gadfly on its doorstep challenging its puritan interpretation of Islam as well as its counterrevolutionary strategy in the Middle East and North Africa. Qatar’s social revolution in the past two decades challenges Saudi efforts to maintain as much as possible of its status quo while impregnating itself against the push for greater freedom, transparency and accountability sweeping the region. By naming the mosque after Abdul Wahhab, Qatar reaffirmed its adherence to the Wahhabi creed that goes back to nineteenth century Saudi support and the ultimate rise to dominance of the Al Thani clan, the country’s hereditary monarchs until today who account for an estimated twenty per cent of the population.

Yet, despite being a traditional Gulf state, Qatari conservatism is everything but a mirror image of Saudi Arabia’s stark way of life with its powerful, conservative clergy, absolute gender segregation; total ban on alcohol and houses of worship for adherents of other religions, and refusal to accommodate alternative lifestyles or religious practices. Qataris privately distinguish between their “Wahhabism of the sea” as opposed to Saudi Arabia’s “Wahhabism of the land,” a reference to the fact that the Saudi government has less control of an empowered clergy compared to Qatar that has no indigenous clergy with a social base to speak of; a Saudi history of tribal strife over oases as opposed to one of communal life in Qatar, and Qatar’s outward looking maritime trade history. Political scientists Birol Baskan and Steven Wright argue that on a political level, Qatar has a secular character similar to Turkey and in sharp contrast to Saudi Arabia, which they attribute to Qatar’s lack of a class of Muslim legal scholars.The absence of scholars was in part a reflection of Qatari ambivalence towards Wahhabism that it viewed as both an opportunity and a threat: on the one hand it served as a tool to legitimise domestic rule, on the other it was a potential monkey wrench Saudi Arabia could employ to assert control. Opting to generate a clerical class of its own would have enhanced the threat because Qatar would have been dependent on Saudi clergymen to develop its own. That would have produced a clergy steeped in the kingdom’s austere theology and inspired by its history of political power-sharing that would have advocated a Saudi-style, state-defined form of political Islam.

By steering clear of the grooming of an indigenous clergy of their own, Qatari leaders ensured that they had greater maneuverability.by ensuring that they did not have to give a clergy a say in political and social affairs. As a result, Qatar lacks the institutions that often hold the kingdom back. In contrast to Saudi Arabia, Qatari rulers do not derive their legitimacy from a clerical class. Qatar’s College of Sharia (Islamic Law) was established only in 1973 and the majority of its students remain women who become teachers or employees of the endowments ministry rather than clergymen.[3] Similarly, Qatar does not have a religious force that polices public morality. Nor are any of its families known for producing religious scholars. Qatari religious schools are run by the ministry of education not as in the Saudi kingdom by the religious affairs authority. They are staffed by expatriates rather than Qataris and attended by less than one per cent of the total student body and only ten per cent of those are Qatari nationals.[4] Similarly, Qatari religious authority is not institutionally vested. Qatar has for example no Grand Mufti as does Saudi Arabia and various other Arab nations; it only created a ministry of Islamic Affairs and Endowments 22 years after achieving independence.

Today, Saudi Arabia, Bahrain and the UAE withdrew their ambassadors from Qatar. The statement from SPA stated that Qatar had not lived up to its agreements with the rest of the GCC states (from November 2013) regarding “among them and committing to principles of non-interference in the internal affairs of other GCC countries and not supporting anyone who threatens the security and stability of GCC countries including organizations and individuals and not supporting the antagonistic media.” There are several significant reasons for this abrupt and sudden action.

First, Doha continues to support the Muslim Brotherhood (Ikhwan). Ever since the ascension of Emir Tamim, and much to the chagrin of the rest of the GCC, the Qatari government is continuing to support all vestiges of the Ikhwan. Ikhwan institutions continue to function in Doha including associations and commercial entities.

Fuelling the fire, Qatar also refuses to quiet the Egyptian cleric Yousuf Qaradawi who continues to attack Saudi Arabia and the UAE. Sermon after sermon is dedicated to Riyadh’s policies on Egypt as well as the UAE, which he accused of being “against Islamic rule.” These comments drew the ire of senior Emirati officials who lashed back at Qatar for not honing in Qaradawi.

Second, in terms of non-interference, is related in part to Qatar’s relations with Turkey. The GCC states see Doha returning to its old tricks of pursuing policies unilaterally and outside of a GCC framework. Qatar’s overtures to Turkey are causing major friction. First, Turkey, of course, is supportive of the Muslim Brotherhood but wants military action to take out the Syrian government and specifically remove President Assad from power. Doha wants to link up with Turkey regarding the support for the Ikhwan which automatically puts Qatar in opposition to many other states in the region including Saudi Arabia, and, of course, Egypt. But there is another more serious matter. Arab officials are claiming that Doha and Ankara are establishing spy networks in the GCC states to report on anti-Ikhwan planning and the future of GCC support for Egypt. This accusation goes to the very heart of the “non-interference in internal affairs” of GCC states