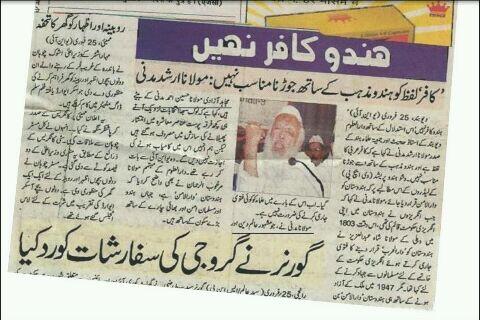 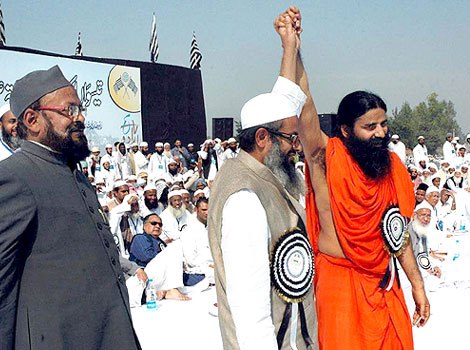 In contrast to Deobandi clerics’ secular and inclusive approach, the attidue of the same Deobandi clerics (in Pakistan and India) seems to be based on sectarian prejudices, intolerance and violence towards Sunni Sufis, Barelvis and Shias. Therre are several fatwas foramlly issued by the Darul Uloom Deoband in which Shia Muslims have been declard infidel (Kafir) while Sunni Barelvis and Sufis have been delcared biddati (innovators) and mushrik (polytheists). Maulana Mehmood-ul-Hasan, Maulana Hussain Ahmed Madani, Manzoor Nomani and several other top Deobandi clerics have issued similar takfiri fatwas against Shia Muslims and Sunni Barelvi or Sufi Muslims.

In Pakistan, Deobandi clerics have issues similar takfiri fatwas. Particularly in the aftermath of the so called Jihad of Afghanistan of 1980s, funded by Saudi Arabia, masterminded by the CIA and executed by the ISI, the Deobandi madressahs and groups have become increasingly Wahhabized, violent and intolerant. This shift is evident by the fact that almost all terrorist groups currenlty active in Pakistan belong to the Deobandi school, e.g., Sipah-e-Sahaba Pakistan (ASWJ), Lashkar-e-Jhangvi, Jundullah, Taliban (TTP) etc. All of these groups are extremely violent and intolerant towards Shias, Sunni Barelvis, Ahmadis, Christians etc. In fact, anyone who disagree with their ideology or tactics is declared a Murtid, Kafir and Wajib-ul-qatl.

From Pakistani Deobandis’ perspective, it would appear that the lack of unconditional deference to Sahaba is a bigger sin than Shirk. Therefore, while their Indian counterparts don’t consider Hindus Kafir, the Pakistani Deobandis routinely chant Shia Kafir slogan in their hate-speeches and rallies. They also attack Sunni Sufi and Barelvi shrines and the Maulood (Milad) processions of Sunni Sufis, Barelvis, and Shias.

Or one may be forced to accept that Deobandis, in general, have two faces – one in India, another in Pakistan and Afghanistan. In India, Deobandis have been presenting themselves as pro-secular, pro-Hindu, pro-peace, but in Pakistan, they are deeply anti-Shia, anti-Barelvi etc.

Or in both countries, Deobandis align themselves with the powerful parties. In India, Hindus are in power therefore Deobandis toe their line whereas in Pakistan, due to Saudi influence and ISI’s reliance of Deobandi and Salafi jihadists, Deobandis are more free and candid in expressing their sectarian bigotry, intolerance and violence.

This duality reflects hypocrisy and crass opportunism. While it is good to see our Hindu brethren have been accepted into the fold of the faithfull in India, it seems like the Pakistani Deobandi chapter, especially the Takfiri Deobandis of ASWJ/SSP/TTP did not get this memo. What else would explain their brutal violence even against dead Hindus in Pakistan,

For centuries, the Hindus of Sind have been burying their dead in Muslim graves. This has been evidence of amity and brotherhood between the Hindus and the Muslims of Sind. After all, Sind is known to be the land of Sufis.
No more.

The corpse so callously dragged and desecrated was that of Bhooro Bheel, a Hindu teenager who died in an accident. He was buried in a Muslim graveyard where Hindus have traditionally been buried alongside Muslims. But the family of Bhooro Bheel did not realize that Sind is no more a land of peace. In the past few years, Deobandis, awash with Saudi riyals and patronized and protected by the Pakistan Army and its various intelligence incarnations, have taken over the whole province. Thus when the corpse was desecrated, the media give the incident the usual twist. Here is a sample from The Express Tribune, which styles itself as the foremost liberal publication in Pakistan:

“. . . an enraged mob had dug up the body within hours, tied it with ropes and unceremoniously dumped it in the lands of a local landlord, protesting the burial of the Hindu in a Muslim graveyard. For some five days, the body lay out in the open. It is reported that seminary students from a neighbouring town had instigated the mob.”

The above episode statement also highlights how coordinated the Deobandi intelligentsia is with Saudi Wahabism. It is not a coincidence that the global hate speech and violence against Shia Muslims is being conducted by a well established nexus of Deobandi-Wahabi groups. The same nexus is also behind most major acts of terrorism and vicious violence against Christians, Sunnis (Barelvis, Sufis) Ahmadis, and yes, even against Hindus in Pakistan and Kashmir. 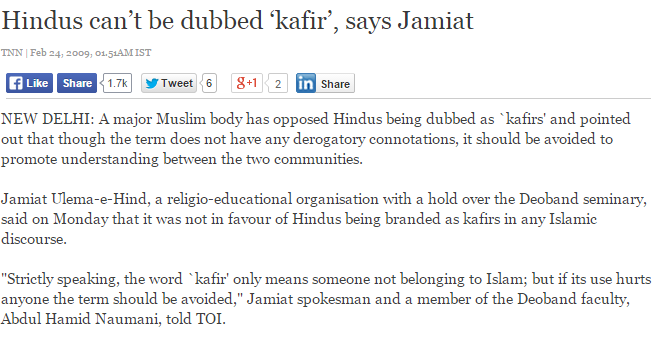 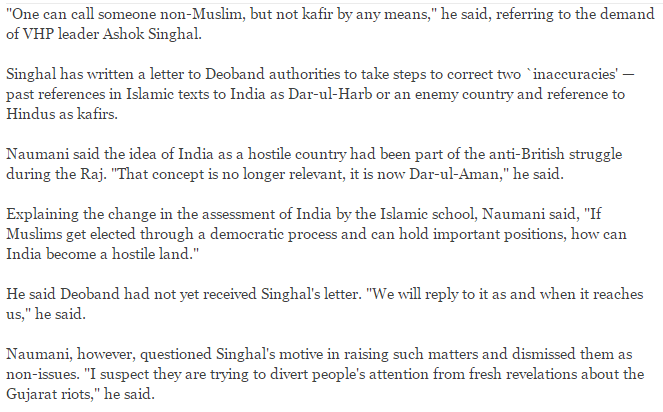 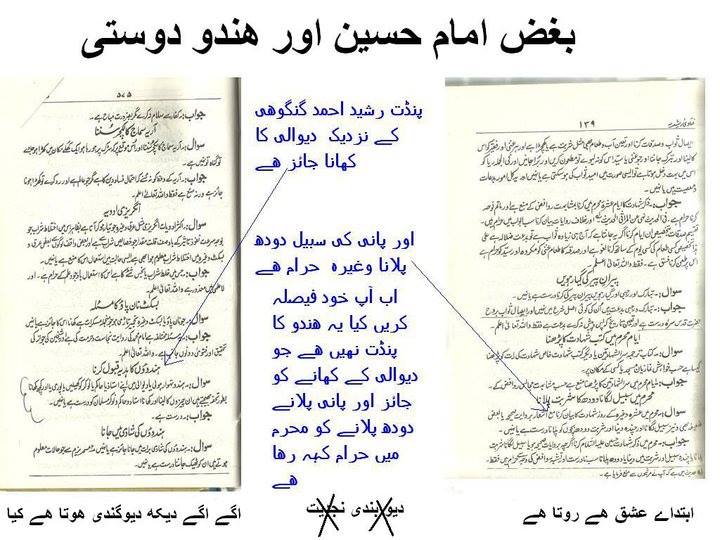