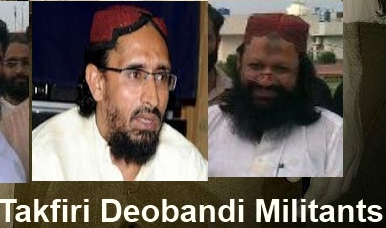 Murders of religious figures began in the late 1980s with the assassinations of key leaders. When Haq Nawaz Jhangvi, founder of the SSP, was killed in 1990, probably by a Deobandi rival, the crime was blamed on the Shias. In revenge, his supporters assassinated the Iranian consul-general in Lahore. History has repeated itself. One of the leaders of ASWJ-SSP-LEJ becomes less radical or more powerful, rivals kill him and blame it on the non existent Shia militants. True culprits are never found and justice never served. 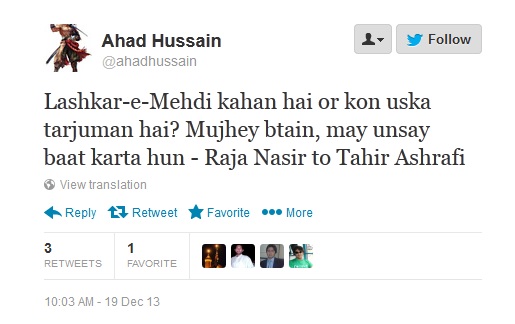 The truth is other than some basic weapons or daggers for self defense Shia community of Pakistan has never been militarized as the Deobandis were for the Afghan Jihad or other pet Army and ISI projects. These projects make some senior officers of the Army very rich. There are factories of Deobandi Jihadis (read madrassas) these factories churn out their soldiers to be sent on missions to Syria or Russia or even China for a fee. No one in the world community likes this and everyone knows it.

Arif Jamal mentions in his book

When you raise vipers in your backyard, they are bound to bite you. I remember this army officer giving me lectures on how great the Taliban are, and how he “ADVISED” me to stop criticizing those who do great service to Pakistan. I wish he can come back to life for an hour and give me the same lecture and advice. What a service the friends of Pakistan are doing to the country. Even his killing at the hands of the friends of Pakistan will not change the mindset that is bound to take Pakistan and some other countries to the stone age. I referring to a conversation that took place between us some 10 year ago. He was a colonel at that time. He is not the first general to have died at the hand of Muslim extremists. There was one Lt Gen as well. If an attack on the Naval base, on the GHQ, on Kamra air base etc etc etc etc could not change the mindset, an attack on a junior general won’t help.

Another way to look at this is that the institutional loyalty of Pakistani Generals is far more important than their personal views. So if Musharraf was liberal it is of no consequence to the Army’s grand policy for Taliban support. If a few soldiers are killed they are collateral damage, a few Sunni Brelvis, Shias, Christians or Ahmadis killed are of no consequence of the grand objective. The Taliban are the Army’s amry and must be protected and nurtured. The power and money does not hurt either.

It should therefore be clear that all these assassinations (including the one of Shaheed Muhtarma Benazir Bhutto) are done using Army’s direct or indirect operatives. It is keep the Army all powerful and keep their operatives i.e. the Taliban more powerful.