Home  »  Original Articles   »   On Ashura, Deobandi TTP terrorists seek revenge from Sunni and Shia mourners of Imam Hussain for the US drone attack on Hakimullah Mehsud 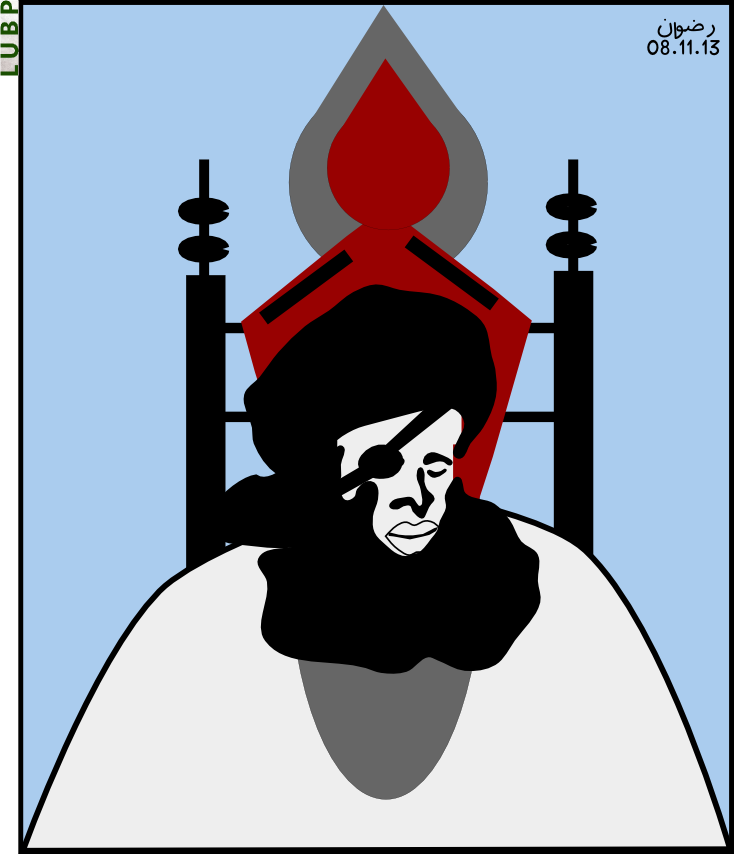 Deobandi Khawarij terrorists of Taliban (aka TTP-ASWJ) are simply stupid or programmed to kill innocent people. If they are real warriors why don’t they come out of their cowardly hide outs and take on the US military or the Pakistan Army for that matter. TTP Deobandi terrorists’ cowardly attacks on soft targets such as Muharram meetings and processions of Sunni Barelvi and Shia Muslims to cause maximum human loss of life can only confirm their feature as Khawarij of the 21st centure.  These are people that recite Quranic verses in parrot fashion and have not a morsel of humanity or ‘eeman’ (faith). Their Yazeedi and Sufyani forefathers killed the grandson of the founder of the religion of Islam, they are following in their footsteps.

The rightly guided Caliph Ali a.s. dealt with these people in the only way possible, eliminate the Khawarij they are a threat to Islam and humanity. Pakistan Army should get off their behind and take these murderers out. The the time for action is upon us. The reputation of Pakistan and Islam in the rest of the world has been tarnished by an image of a suicide bombing radical. The people and Army of Pakistan need to correct this situation, no progress is possible without it.

LAHORE: The Tehreek-e-Taliban Pakistan (TTP) has transported ‘blue bombs’ in different cities of Punjab to conduct terrorist activities, according to a report intelligence agencies have sent to the federal government.

The TTP plans to wage a new wave of terrorist activities to take revenge for the killing of its chief Hakimullah Mehsud.

The days chosen for the terrorist activities are 9th and 10th of Muharram. The report, which narrates in detail the ‘sabotage plan’ of the TTP, has also been shared with the Punjab government.

It says that a group of five terrorists has transported more than dozen small-sized blue cylinders of explosive material to target different cities of Punjab, particularly Lahore on or before the 10th of Muharram.

Intelligence agencies told the Interior Ministry in their report that a group of TTP Deobandi terrorists had left Miranshah and Mir Ali area of North Waziristan Agency on November 7 – in the guise of pilgrims of Tablighi Ijtima in Raiwind.

Sources have reported that some important changes have been brought in the security plan of capital after receiving continuous serious threats from Tehreek-e-Taliban Pakistan Deobandi (TTP).

Following the information from intelligence agencies the capital has been divided into 4 parts under the new security plan city, while 109 buildings located in Islamabad have been declared the most sensitive.

These buildings include Mosques, Imam Bargahs, different embassies and residences of foreigners, while 25 cameras have been also installed in red zone area and the diplomatic enclave.

The PAF has also been recruited as part of a special plan for the surveillance of Margallah hills.

According to the new plan, aerial surveillance of the city has begun and will be carried out during the mourning processions in Muharram.

Two helicopters of the PAF have been hired for the security of processions during the 8th to 10th of Muharram, while snipers of police commandos will be also present in helicopters to counter any unpleasant incident.

Margallah hills and important avenues of the city will be also monitored through video. – See more at: http://www.pakistantoday.com.pk/2013/11/12/city/islamabad/ttp-threats-aerial-surveillance-of-capital-begins/#sthash.n8gNn0Xp.dpuf