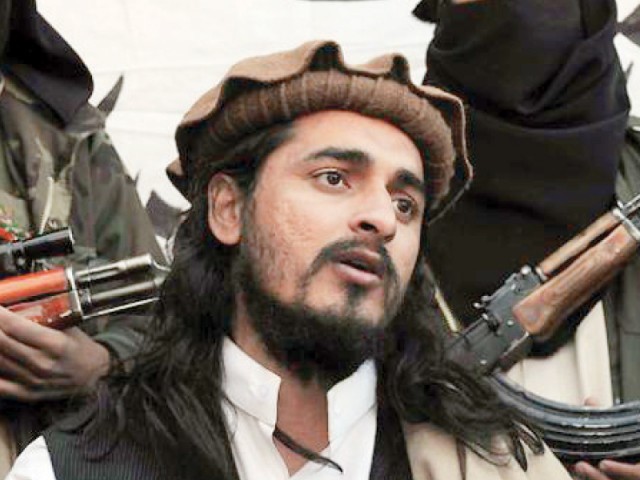 Now that Deobandi Taliban commander Hakimullah Mehsud is dead and buried, it is time to think what his death symbolizes. Certainly the government is shell-shocked because his death by droning has “murdered” the prospects of peace between the state of Pakistan and the Tehrik-e-Taliban Pakistan (TTP). “Murder of peace” is the expression which Chaudhry Nisar Khan has used in his reaction to Mehsud’s death:

Nisar Khan has also threatened to not only review Pakistan-United Sates relations, he has also threated that his government will take this matter up with the five permanent members of the UN Security Council: http://www.dawn.com/news/1053627/pakistan-to-review-us-ties-after-attack-on-peace-says-nisar

Predictably, Imran Khan has also been fuming and has threatened that his government in KP will block the NATO supply route at all costs: http://www.dawn.com/news/1053624/imran-vows-to-block-nato-supplies-in-kp

Not to be left behind is the Pakistan Peoples Party (PPP) whose leader in the National Assembly has condemned the Americans for killing Mehsud. He, Khurshid Shah, will soon be sitting with Imran Khan’s PTI to discuss the post-Mehsud killing scenario: http://www.onlinenews.com.pk/details.php?newsid=242925

ANP’s leader Ghulam Ahmed Bilour too has condemned Mehsud’s death as a brutality by the US drones.

The media men too have gone overboard in shedding tears over Mehsud’s death. There are a few honourable example, though:

One should not be faulted if one said that Mehsud’s death has left Pakistan an orphan polity. As if it is not a criminal, murderer, and absconder who had been killed, but the father of the nation, or at least a national hero who could have won a Nobel. But this is Pakistan, then, where an issue must be kept alive to suck in the people’s attention, so no one can speak, even think, about the real issues like poverty, public education, population explosion, lawlessness, and the rise and reach of Takfiri Deobandism.

If Pakistan’s ruling elites have raised Cain over Mehsud’s death for some selfish ends, the role of the ‘liberals’ and the ‘civil’ society is no better. On social media, there has not been any sensible discussion of what the killing of Mehsud means—or does not mean. Some sections of the civil society have laughed it off by saying that Mehsud will now be cavorting with seventy-two virgins. And the rest of the fake liberals of Pakistan are outraged that the sovereignty of their motherland has been violated by the Americans—once again. It is these very fake liberals who are claiming with one voice with Pakistan’s ruling elites that just when Pakistan was about to strike a peace deal with the Taliban, the Americans have struck to undermine peace. As if the Utopia was just in reach, but for the Americans. . . .

Anyone who thinks that the Taliban had, or have, anything to offer by way of ‘peace’ talks is seriously in need of some statistical-interpretive help: http://www.viewpointonline.net/the-taliban-will-never-talk.html

We at LUBP do neither celebrate nor condemn the killing of Mehsud. We have never called for elimination of individuals. We strongly disagree with well-wishing but misguided view of some Pakistani opinion-makers that Mehsud’s departure will weaken the Taliban. Our stance over the Mehsud killing is that it will not make any difference to the reign of terror the Taliban have unleashed on the people of Pakistan. Just as we have done in the past, we would like to ask once again: Who are the Taliban?

And it is in answering this question that the LUBP editors have a bone to pick with the various views about the identity of the Taliban.

The identification of the Taliban popularised by the media, politicians, and pro-army intelligentsia is that they are ones based in Waziristan. Not at all. We believe that this is a cunning and deceptive characterization of the terrorists who have been wreaking havoc in Pakistan. This identification—characterization—hides more than it reveals. By locating the Taliban in Waziristan, the likes of the ISI, PTI, and PML-N want people not to think about the various incarnations of the Taliban which are far more lethal than the Waziristan terrorists. We are talking about the likes of Ahle Sunnat Wal Jamat (ASWJ) and Lashkar-e-Jhangvi (LeJ). If you look at the social scene of Pakistan, you will find out that it is the leaders and hit men of the ASWJ-LeJ who have been carrying out acts of extreme violence against the Shias, Ahmadis, Hindus, and Christians. These terrorists have been given a free hand by the ISL, PTI, and PML-N. They openly present themselves with PTI-PML-N leaders. Some of the ASWJ-LeJ terrorists were even given tickets by the PML-N to run for election in May. Then, in what way has the killing of Mehsud changed the situation?

Our argument is that the killing of Mehsud will not change anything for the Shias, Ahmadis, Hindus, and Christians of Pakistan. One terrorist has been eliminated. A new and possibly worse terrorist will take over. The Taliban have already said that they will take revenge. On who? They certainly cannot go to the United States. They will not touch the likes of the PTI and PML-N who have been crying in solidarity with them. Needless to say, it is the likes of the Shias who will be put on the slab, and the likes of Imran Khan and Shahbaz Sharif will justify violence against the Shias by saying, “It’s the result of the killing of Mehsud by an American drone!”

The real danger is not a Taliban leader per se. The real danger is the Takfiri ideology which the ISI-Army has nurtured with the Saudi backing (and of course money). The fight of the Pakistani nation is one against the Takfiri mindset. But unfortunately, mesmerized and narcoticized by the media-manufactured Baudrillardean narrative of ‘peace’ with ‘good’ and ‘our’ Taliban, the fake liberals of the fake civil society will continue to yield ground to the Takfiris who will stop only after they have destroyed the very structure and texture of the Pakistan society.