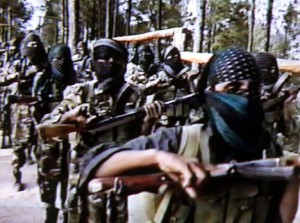 Pakistan’s internal security policy should be based on only one criterion. A particular group or organization should be classified as militants or terrorists if the basic objectives of the group are not compatible with our national interest.  Please note that the job at hand is not to develop an understanding of the morality of the objectives of the various militant groups or to make abstract value judgments as to whether they are good or bad in an absolute sense.

For example, while discussing the case of the Sri Lankan Tamil tigers the international media always debated whether the movement and its tactics were justified on moral- political grounds and from time to time they either supported these elements and insisted that Sri Lanka negotiate with them, or described them as terrorists depending on their own preferences. This was not helpful to the Sri Lankan government and in fact confused Sri Lankan policy and hindered Sri Lanka from taking decisive action against these elements which had become a cancer to its own people.
Perhaps a more interesting example, is that of the case of how Jordan under King Hussain the First, got rid of elements within it which had started becoming a threat to Jordan’s own existence. It may surprise the readers to learn that here our own Gen. Zia ul Haq, then a brigadier, helped them fight and destroy the Palestinian formations in Jordan in the 1970 Black September events there. The point I am trying to make is that while developing a strategy to safeguard its own interests Jordan did not have to de-legitimize the Palestinian movement. It only had to establish whether Palestinian formations within its borders were a threat to its own existence.
Likewise in our case we need not establish whether the Taliban movement or the activities of the Jihadi outfits are justified on political or moral grounds or whether or not the outfits that want to promulgate a Salafi brand of Islam in Pakistan are propagating the “correct” version of Islam. We only need to establish whether the activities of these groups are good or bad for the State of  Pakistan.

In fact the militant groups active here use this very logic and behave very rationally and completely without regard to any altruistic religious or national affiliation, when it comes to the achievement of their own objectives and act accordingly.

We observe for example, the Kashmiri Jihadi groups are friends of Pakistan only until such time that they feel that our policy is supportive of their goals. As recent times have shown, they can turn on the State at a moment’s notice or commit acts, such as the attack on the Indian Parliament in Delhi and the Taj Hotel in Bombay that can seriously endanger the very existence of Pakistan. It will be recalled that the second attack took place at a time when Pakistan’s Foreign Minister was in Delhi, trying to negotiate a settlement of issues with India.
The most recent example of this behavior was seen four months ago or so. We will recall that at this time the Army Chief, Gen. Pervez Kayani, made a very important speech where-in he stated that perhaps the time has come for Pakistan to start viewing the internal threat from the militant groups within the country as the more crucial one than that on the eastern borders with India.
This was the first time that any Army Chief, in my memory, has made such a threat assessment. It also needs to be noted that he had done this in the continuum of improving relations with India over the previous few months. However, within two weeks of this statement incidents started re-occurring at the LOC in Kashmir. One, in which Kashmiri Jihadi groups were suspected, was particularly serious where the heads of two captured Indian soldiers were decapitated and their bodies mutilated.
This caused an immediate cessation of all friendly overtures and the two sides quickly retreated to their previous hard-line postures closing all avenues of rapprochement, at least for the near term. It is therefore clear that these groups will try to make sure that Pakistan does not have peace on its eastern borders until such time that their own interests are met in accordance with their wishes.
The Taliban and their affiliates too have behaved similarly.  In the wake of the Pakistan Army operations against them in the Tribal areas, they have carried out several attacks on Pakistan Army and ISI establishments where they have tried to kill officers and soldiers.
However, what is more important to note is that in addition to these attacks, they have also attacked some of Pakistan’s key strategic military assets. Examples are their attacks on the 11 French engineers in front of the Sheraton, Karachi, several years ago. These engineers were engaged in building an Augusta class submarine at the Pak Navy Dockyard in Karachi – a submarine which is equipped with Exocet missiles which are nuclear capable.
This wa s followed by the more recent attacks on the Pak Navy- Mehran and Air Force- Kamrah bases where they destroyed PC3 Orion aircraft which are used by the Navy to detect and combat a submarine threat and AWAC like aircrafts which are used by the Air Force to detect an airborne threat at a distance of a several hundred miles.
It needs to be noted that none of these assets could be used against the Taliban in the Pakistan Army’s move against them in the tribal areas and KPK. This shows clearly that the Taliban’s interest in these attacks was to weaken the very State of Pakistan and not merely extract revenge against the army for moving against their compatriots. Most likely, they had help from outside interests who would like to see the military capacity of Pakistan downgraded and who would directly benefit from such an act.
I think our armed forces are capable of taking on these two groups who have caused a similar situation in our country. There is an increasing opinion in Pakistan that they in fact want to do so having suffered seriously at their hands, but are just waiting for a consensus to develop within our own people and political leadership. This is so since it would be impossible to move decisively against these groups without the full support of the majority of our people.
In closing, I would like to say that the new political establishment will need to step up to the plate and take difficult decisions to ensure that the country can prosper and be rid of terrorism. I say this since:
(a) Pakistanis, as of today at least, have not moved sufficiently to the right to tolerate a regime that was witnessed in Afghanistan under the Taliban or an environment that was witnessed in Swat, in their own country. This is evidenced by the public outrage against the shooting of Malala Yusuf Zai, the bombings of the mazaars in Lahore and other places and the sectarian killings in Quetta and Karachi.
(b) despite what is said across the border in India, most Pakistanis were horrified at the Mumbai attacks and would like to see the killers brought to justice;
(c) The main political parties, be they right or left of center in their politics, have a very significant following from educated people who genuinely want a change and would like to see Pakistan get rid of this morass and concentrate on its key domestic development agenda. These people will feel completely let down in case the new political leadership, either does not tackle this issue head on or takes a step backwards and follows the path of the Taliban.
Since in view of past experience, it is highly unlikely that these groups will change their current behavior, the Government will need to take them head on at one point or another, if it would like to establish the writ of the State across the whole country. The longer we wait the more difficult the task will become.