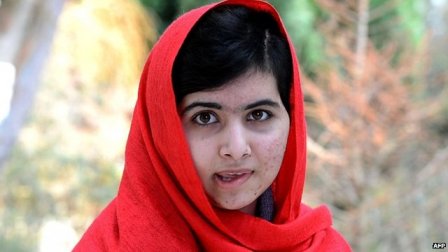 Malala Yosafzai has already made history as the youngest person in the world to be nominated for the Nobel Peace Prize. Our prayers and best wishes are with Malala and we hope she goes on win the prestigious award. I hope this would serve as yet another moral slap in the face of the Takfiri Deobandi Taliban, their supporters in the Media, Army, and Judiciary.  The root cause of ideological hate mongering driven by the occupation of Mecca and Medina by the original Takfiri Taliban of Saudi Wahhabi monarchy will also be exposed.

Malala is the future Takfiris are the past:

Let us intellectually end the mindset of the Takfiri Deoabandi Taliban. The source of this mindset comes from the Saudi family’s occupation of Mecca and Medina. The ideological support base of the Taliban and the misguidance center for simple Muslims is based in Mecca. When a low information, simple Muslim, hears that a senior cleric of the holy mosques wants to blow up places of worship, it has an enormous impact. Messages from Mecca include destruction of Churches and murder of other Muslims, Christians, and Jews. This violence brings a bad name to Islam.

It is vitally important that Muslims must unite in condemning the hate mongering cult that has occupied Mecca and Medina since 1922 and declare that the Saudi family does not represent mainstream Islam. The creation of a Vatican style state to encompass Mecca and Median is the solution, Mecca and Medina do not belong to a particular dynasty or cult they belong to all Muslims.

Malala show cases her book, I am Malala. She is the perfect ambassador for Pakistan. Malala you make us proud.

(CNN) — A year ago Wednesday, Malala Yousafzai was riding the bus home from school when a Taliban gunman climbed aboard and shot her in the head. She nearly died.

Now, the 16-year-old advocate for girls’ education is a popular favorite for the Nobel Peace Prize to be awarded Friday.