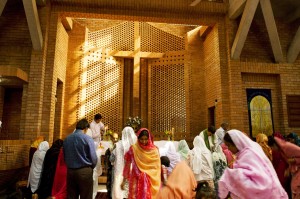 Here is a speech from a Christian MNA, Asiya Nasir, on the floor of the National Assembly. I was impressed how the lady seeks to be a calm and rational voice amidst the demagoguery that abounds in Pakistan’s politics.  Seen as infidels, the country’s Christians are victims of prejudice and stereotypes.  They are seen as lesser beings destined to do menial jobs – a sentiment voiced by KPK’s chief minister not long ago. Such statements by any yardstick are an abomination against humanity. No wonder the Christians in the country continue to grope for their basic human rights in the darkness that now envelopes Pakistan. They are statistically proven to have two times more poverty and unemployment than the country’s averages, their townships are attacked with abandon, they are often falsely accused and punished for Blasphemy, and are sometimes dispossessed of their lands without fair due process.  Where are the divine values of Equality, Justice and Peace espoused by Islam?  Where are full and equal social and political rights for all, regardless of religion, race or gender professed by Pakistan’s democracy? Where is the rule of law?

Yet this minority looks forward to the future, and knows that Pakistan’s best interests are served by peace.  Peace that begins at home. Echoing their sentiments, Asiya tries to be a voice of responsibility. Though grieved, she does not ignore the larger issue of the exclusion, annihilation and recovery of faith in a just order. It is a pity that the rulers of the state still find it difficult to agree on the best response to the hate fest gripping Pakistan. 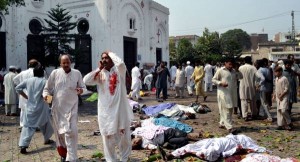 The Pakistan that Faiz knew so well when he interrogated the religious nation-building exercise that many of Pakistan’s great leaders have wanted to usher in, is confronted by a range of challenges that are structural as well as sporadic and existential. In such a backdrop a voice of reason from a deeply wounded minority resonates as music to ears. 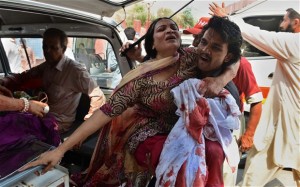 The apartheid against Pakistan’s Christians comes in many forms, and some victims have been subjected to more than one.

It is time to denounce these discriminatory practices and to abide by universally accepted principles of decency and equality. Pakistan mirrors history’s lesson that gross and systemic discrimination is a threat not just to the oppressed minorities, but also to the political and mental health of the societies that oppress them. Only when Muslim societies treat the “other” as equal will the Islamic world be able to transcend its malaise and look forward to a real political and social spring.