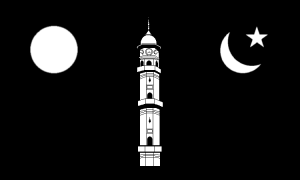 On September 7, 1974, second amendment to constitution of Pakistan was passed. It declared Ahamadis as Non-Muslims. No doubt it was a huge mistake. However there are some reasons behind that. Some are facts, some my interpretations. I am not defending this amendment any way. However some things need to be considered.

We do not need to explain that Islamic Summit of Lahore was a huge boost to Pakistan and persona of SZAB. Just weeks later agitations against Ahamadis started based on equally mysterious incident at Rabwah Railway Station. Ahamadi issue was relatively dormant since early 50s. In early 50s too, Ahmadi issue had strong political vs. religious background. Primarily it was struggle between Mamdot and Daultana. Being a friend of Mamdot, Maududi found a new niche in it.

Equally interesting is the fact that in 1937, Maududi wrote that “Ahmadis/Lahoris” were Muslims and Qadianis were not. BUT both were had done some good work for “Islam”.

From among the followers of Mirza Ghulam Ahmad sahib, I also do not consider Qadianis and Ahmadis to be in the same category. In my opinion the Qadiani group is excluded from Islam, but the Ahmadi group is included within Islam. However, I consider it inadvisable to co-operate with this group or to encourage them because after becoming Ahmadi a man becomes very close to Qadianism……

. In any case, although we appreciate the work they are doing in support of Islam, we consider it the expedient policy not to encourage them because it is a path to assisting Qadianism.” ( Excerpt from Maududi’s writing).

Apparently some new Wahee came to Mauddudi and Islam was changed. After early 50s Ahamadi issue was not as much in vogue till 74.

In one TV interview Dr. Mubashir Hassan explained that there was a huge pressure from King Faisal to declare Ahmadis as Non-Muslims. I think that is very valid point. Wiki leaks cables and other material do shed some light about King Faisal’s such tendencies(1). First of all initially ZAB was not liked by Faisal. My guess is because of his socialistic statements and Saudi proximity to JI. After 71, Pakistan was essentially bankrupt. Additionally Pakistan wanted Govt. of Bangla Desh to share the due burden of international debt. There was intense diplomacy. Khar and Aziz Ahamad mission to USA was part of that also. SZAB went to Arabs for money. It was due to his day and night efforts that Faisal changed his apprehensions and friendship started.

Wikileaks tell that Anwar Sadaat changed Egypt’s policy from pro-USSR to pro West because KSA took responsibility for Egypt’s finances. Faisal demanded Anwar to denounce socialism. It was done and then KSA started supporting Egypt. Also when Bangla Desh got its independence, KSA did not recognize it. Not even when Pakistan recognized Bangla Desh. Wikileaks and other reports tell that King Faisal put the conditions that KSA will not recognize BD till they declare it as “Islamic Republic” (1, 3). Mujib did not agree.BD was not recognized during the life of Faisal. After King Faisal, KSA told the Bangladeshi Foreign minister Kamal Hossein in May 75 that Islamic Republic precondition was no more valid but told them to wait till Islamic Foreign Ministers Conference in few months (2). So when Mujib was assassinated, army’s first declaration was the declaration of BD as Islamic Republic. KSA was one of the first (or THE first) country to recognize the new regime. More amazingly KSA did not ask Gen. Zia to declare Ahmadis as non-Muslims. Not only that, but in 1982, KSA govt. sent official memo to Zia asking him to NOT repeat NOT declare Ahmadis as Non-Muslims so that supposed prophecy of Mirza Ghulam Ahmad was not fulfilled. Remember when constitution was held in “abeyance” by Zia then 2nd amendment also became legally invalid. It was due to that Zia promulgated the ordinance in 1984. So from 77 till 84 he did not thought it necessary. In elections of 1970, Ahmadis supported PPP in West Pakistan and Awami League in East Bengal. All other major parties’ manifestos contained that they will declare Ahmadis as Non-Muslims. That was the reason that Ahamdis supported PPP. Otherwise Ahmadis did not have good feeling about ZAB either. When ZAB became foreign minister, Ahmadis had big sway in Ministry of Foreign Affairs (since the times of Sir Zaffarullah). Gradually their hold was not as much. Many big bureaucrats like M M Ahmad and NA Faruqi etc. were very close to Military rulers and they lost their powers also. When Zia came, initially he used Ahmadi lobby, like he used Mullahs, against ZAB on international level. It can be seen in some alternate media reports of that time.

Once I read and saw the picture (circa 1903s) of then Crown Prince Saud Bin Abdul Aziz , saying Eid prayers in Masjid Fazl in London. It was and is Ahmadiyya Mosque built in 1926. We are also inculcated that it was Iqbal’s letters which persuaded Jinnah to come back to India in 1935. However the letters were mostly written after Jinnah’s return to India. Before Jinnah came back to India, he was given a reception at Fazl Mosque. There Jinnah said that a persuasion of Imam of Fazl Mosque was ONE the factors making him return to India.

Another interesting fact is Iqbal. When Mirza Ghulam Ahmad used to live in Sialkot, he and Iqbal’s family lived in same Mohalla.Iqbal and his family did Baiyyat of Mirza Ghulam Ahmad. Iqbal himself did Baiyyat in 1893. Iqbal’s other family and family from his first wife is still Ahmadis. Iqbal wrote poem in praise of Mirza Ghulam Ahmad and in one of his addresses at Aligarh University he presented the example of Qadian as Islamic Model. He sent his eldest son Aftab Iqbal to Qiadian boarding school. When Iqbal needed Fatwa about his 3rd marriage (1920s), he approached Maulvi Nooruddin (Ahmadi Scholar) for that.

After the death of Hakeem Noorudin in 1914, Mirza Ghulam Ahamd’s son Mirza Basheer udin was elected the leader (Khalifa). Later he declared that Mirza Ghulam Ahamad was a prophet and whosoever did not believe in that was a “kafir”. This led to split amongst the followers of Mirza Ghulam Ahamad. Those who followed the doctrine of Prophethood were called Qadianis and those who did not believe in Prophethood but Messiah doctrine were called Ahmadis/ Lahori grioup. Iqbal was in Lahori group. He used to go to Ahmadi gatherings in Lahore and used to be a speaker. Iqbal still continued to work in Kashmir Committee in early 30s, under Mirza Bashir though. Iqbal openly came against “Qadianis” after 1935. Exact reasons were best known to him but one apparent reason was Sir Zaffareullah’s selection to viceroy’s council on Muslim seats. Iqbal was also vying for it is said. So when Iqbal wrote his often quoted response to Nehru it was after that. Also it is twisted now. He used to terms Qadianis. Now our “Ummah” brothers have changed that to Ahmadis and Qadianat to Ahmadiyyat. Mirza Ghulam Ahmad died in 1908. So if Iqbal was against Mirza Ghulam Ahmad, he would not have praised Qadian and Mirza Ghulam Ahmad after that. Not only that but he made his elder brother Shaikh Atta (Ahmadi) the guardian of his children. Once I was listening to Iftikhar Arif on you tube. He recited two poems of Iqbal saying that those were against Mirza Ghulam Ahmad (5). 1857 was not just Muslims who fought against British. Non- Muslims were very much part of it. In fact Marathas kept fighting long after the fall of Delhi. Diary about last days of Iqbal by Syed Nazeer Niazi does say that Iqbal still had good impressions about Mirza Ghulam Ahamad.

Question is not whether Qadianis are Msulims are not. If they think others are non-Muslims, then it means that they are admitting that their and others’ “religion” is different. On initial thought it can be said that because overwhelming population is Non-Qadianis, so their claim of monopoly is invalid. However if we expand on this logic, then we also should apply this to other sects who claim same thoughts. Many of the sects consider others as non- believers, mushriks etc. Then step by step all will be declared Non-Muslims. Will it be workable?

That is why I think State must not have any role in personal beliefs of her people.

Coming back to 1974, ZAB floated the suggestion that only Qadianis and not Ahamadies should be declared non-Muslims. JUI and JI opposed that saying that then all Qadianis would declare themselves as Ahmadis. Amendment was passed. Dr. Abdul Salam resigned in protest. ZAB had meeting with him. This is what Khalid Hasan wrote (4);

‘I asked him why he had resigned after the 1974 decision. He told me that it was the same question Bhutto had asked him. “Salam, what is this? Why have you resigned as chief scientific adviser?” Salam told him that after the national assembly verdict declaring his entire community of Ahmadi Muslims non-Muslim, he could not possibly continue. “But Salam that is all politics,” Bhutto told him, then added, “Give me time; I will change it. Believe me.” Salam said to Bhutto, “All right Zulfi, I believe you, but write down what you have told me on a plain piece of paper and it will remain between the two of us, forever and always.” Bhutto’s reply was classic Bhutto, “Salam, I can’t do that; I am a politician.”

ZAB himself said in his statement before Supreme Court that if he chance he would undo some of such amendments. He did not specify this though. I am not sure if he would have been able to do so. Once such things are done in the name of religion, then it is extremely difficult to undo. So better not do this.