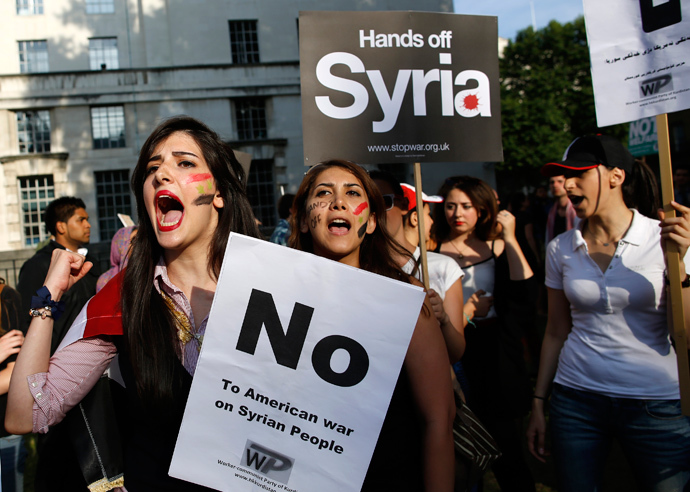 Hajjaji is getting more and more confused. I was so grateful to intellectual uncles and Aunty who post on Facebook and who were taking a stand against Assad regime while mantaining that they were neutral and while keeping the onus of the blame on Assad regime. These Uncles and aunties were putting the Shias in their place by subtly holding all Shias responsible for Assad regime action and calling Syria a “Shia-Sunni” war. Al Qaeda must be grateful for this propaganda bucause it obscures their more specific Salafist identity. But then the news starts to emerge that Kurds who are Sunni are also fighting the peaceful Al Qaeda tourists just like the Sunni loyalists and army. And now even the Christains of Syria have betrayed the Democratic aspirations of Saudi Arabia and Qatar – the Democratic Caliphate aspirations that Saudi Arabia and Qatar have for Syria. Read this article and please step up to defend Al Qaeda, abuse Assad and take subtle digs at Shias

There is proof the footage of the alleged chemical attack in Syria was fabricated, Mother Agnes Mariam el-Salib, mother superior of St. James Monastery in Qara, Syria, told RT. She says she is about to submit her findings to the UN.

Mother Agnes, a catholic nun, who has been living in Syria for 20 years and has been reporting actively on what has been going on in the war-ravaged country, says she carefully studied the video featuring allegedly victims of the chemical weapons attack in the Syrian village of Guta in August and now questions its authenticity.

In her interview with RT, Mother Agnes doubts so much footage could have been taken in so little time, and asks where parents of the supposedly dead children are. She promises to send her report to the UN.

The nun is indignant with the world media for apparently turning a blind eye to the Latakia massacre by rebel extremists, which left 500 civilians including women and children dead.

Russia’s Foreign Ministry has called on the international community to pay attention to revelations made by Mother Agnes Mariam el-Salib.