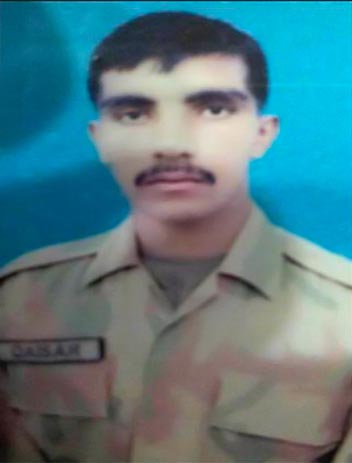 An Ahmadi SOLDIER who died fighting the Taliban in the Tirah Valley was buried in Rabwah with full military honors.

Qaiser Naveed Bhatti, 24 of Chak 23 District Nankana died in a firefight with the the Taliban in

Tirah Valley. His body was taken to his hometown by Captain Deedar Baig from where it was brought to Rabwah where he was buried with full military honors. Naveed Bhatti had got married three months ago.

Pakistani Army has been battling Taliban militants in the mountains of the adjoining Khyber tribal district in recent months.

The fiercest fighting is taking place in the Tirah Valley of Khyber, along the Afghan border, where the military is arrayed against Mangal Bagh, a local warlord affiliated with the Pakistani Taliban.

Mr. Khan’s Tehreek-e-Insaf party favors talks with the Taliban over fighting, and his officials frequently frame militant violence as a reaction to American drone strikes in the tribal belt.

“What we need is a pat on the back, not daily derision,” one senior official said. “If Khan says this is not our war, then what does he think we are doing here sacrificing our lives?” 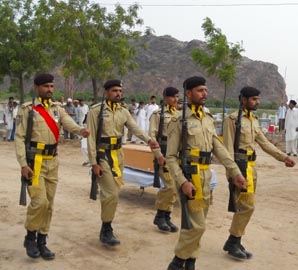