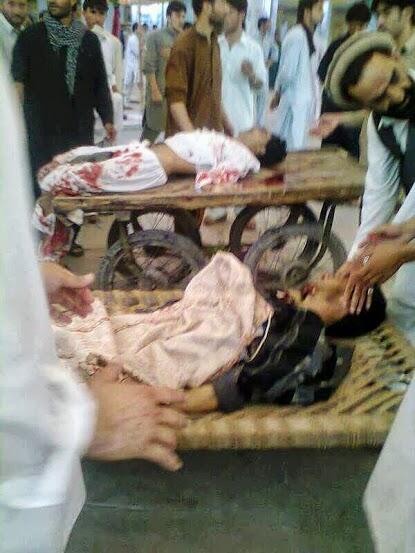 Three attacks were staged by Takfiri Deobandi terrorists (known as Sipah Sahaba and Taliban) on the Shia Muslims of Parachinar yesterday, 26 July 2013. The first attack, using a timed device, took place in the afternoon. It was an attack on a passenger bus, which killed two Shia men—identified as Nasir Hussain Toori and Khair Ali—and seriously injured six.

Then two suicide attacks took place before the breaking of the fast in the busy main bazaar of Parachinar. It is in this bazaar that the main Shia mosque is located. The attacks left 75 Shias dead and more than 200 injured. According to the hospital superintendent, “Most of the bodies were mutilated.”

“Human flesh, blood and limbs are littered all over,” said Wazir Ali, an office-bearer of Anjuman-i-Hussainia. 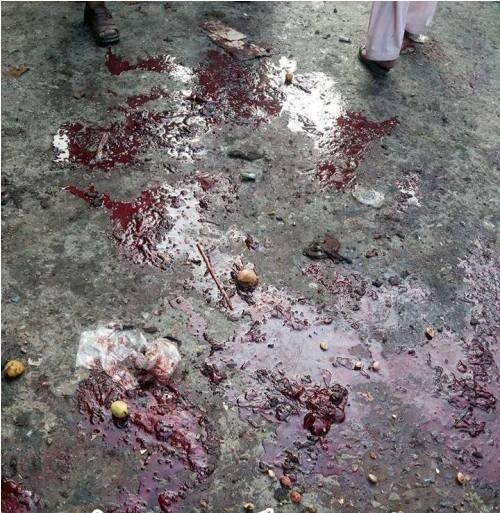 The loss of property is also immense. More than 150 shops were destroyed. A number of vehicles and motorcycles were also destroyed.

But more significantly, the psychological impact and the loss of dear ones is far more intense and tragic as it will haunt the friends, survivors, and relatives all their lives.

Once again the Taliban (operating as ASWJ, LeJ, TTP) have accepted the attacks and have said that they will continue to kill the Shias. 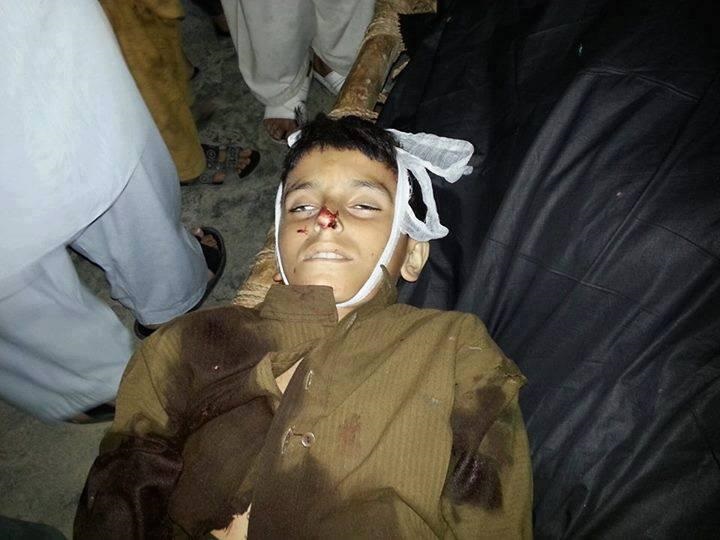 The Shia genocide continues unabated, and with it the apathy of the ruling PML-N and the PTI. A few weeks before when the Taliban destroyed a historical Shia mosque in Peshawar killing 15 worshippers, the Information Minister of the PTI-ruled Khyber-Pakhtoonkhwa (KP) said “Why fret so much? It was just a bombing, and not a dooms day!”

This is the level of apathy towards the Shias of Pakistan. The KP government this time has not even condemned the attack. The federal government ruled by the PML-N is busy making arrangements for Nawaz Sharif and his family and cohorts who for the past 15 years have been spending the last 10 days of Ramazan in Saudi Arabia. In Saudi Arabia, Nawaz Sharif will meet his masters the Saudi Royals who finance the Shia genocide in Pakistan. He will certainly thank them for their immense financial and moral support which bagged him a victory at the May election. Certainly, he will never utter “Shia genocide” or “Takfiri terrorism in Pakistan”.

Thanks to the pro-Takfiri judiciary, media, and political parties, the Shia genocide has been naturalized in Pakistan. Now it is up to the Shia leaders to formulate a proper strategy. First they should mobilize non-Takfiri Sunnis, Ahmadis, Christians, and Hindus. The next step is to launch an “OCCUPY” movement. The places to occupy should be the Supreme Court, the GHQ, the assemblies, and most of important of all, the Raiwind estate where the families of the Sharif brothers live in comfort like Marie Antoinette. 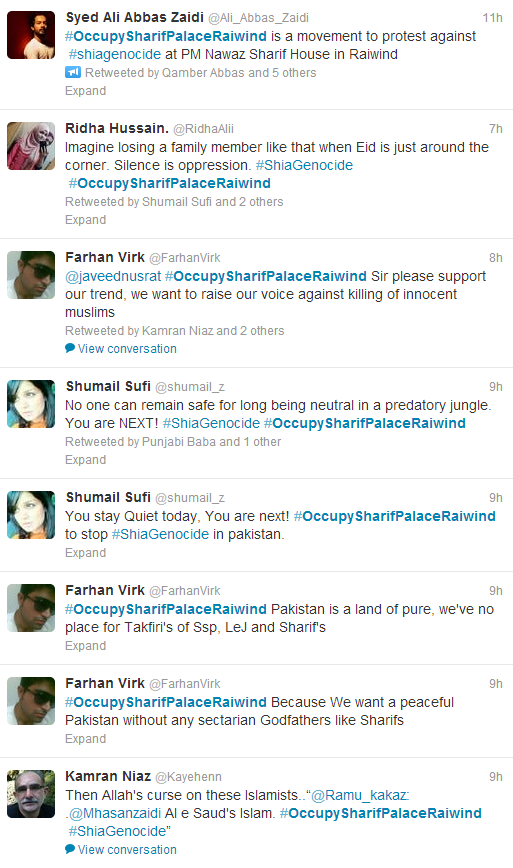 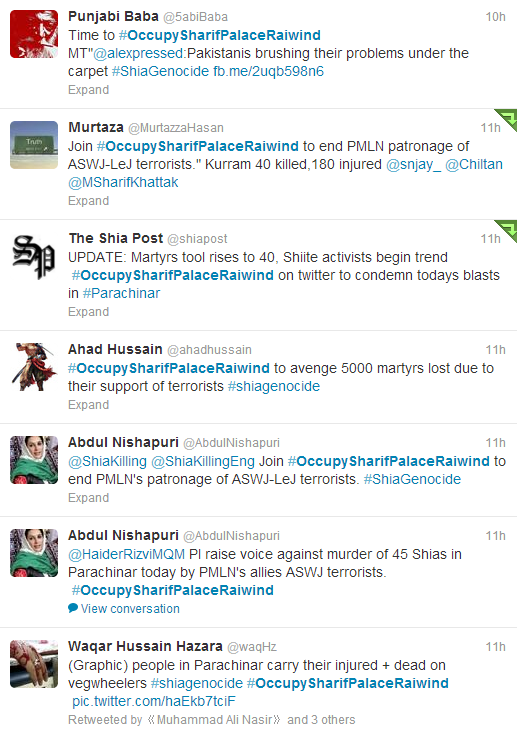 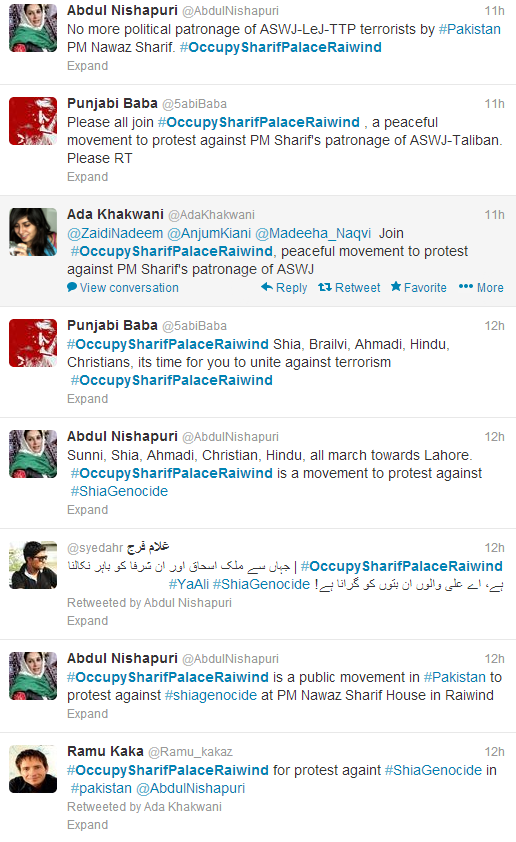