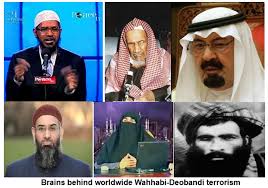 Because Hezbollah has gone to war with al-Qaeda.

But wait a minute – wasn’t al-Qaeda supposed to be the worst terrorist group in the world? Isn’t the West leading a “global war on terror” whose main target is al-Qaeda? Shouldn’t the West be thanking Hezbollah, and showering it with rewards, for turning against global terrorist enemy number one?

Al-Qaeda is now the West’s darling in Syria. So anybody who resists al-Qaeda – as Hezbollah recently decided to do – is a “terrorist.”

This would be bizzare if not tragic. Since the last 30 years, Salafist groups and later on Al Qaeda have been responsible for all terrorist acts committed by extremists within the broader, diverse Muslim communities. These include both the the 1993 and 2001 attacks on the World Trade center, the Bali, Madrid and London mass attacks as well as the attack at Fort Hood.If Hizbullah is the one taking on these group of terrorists, one would think that it would make common sense that the West support Hizbullah and not Al Qaeda Salafists/Deobandis who have killed hundreds of thousands of people all over the world.

Even more bizarre is that this announcement comes on the heels of recent European Parliament report that confirms the Salafists/Wahabi (Al Qaeda) roots of all terrorism.