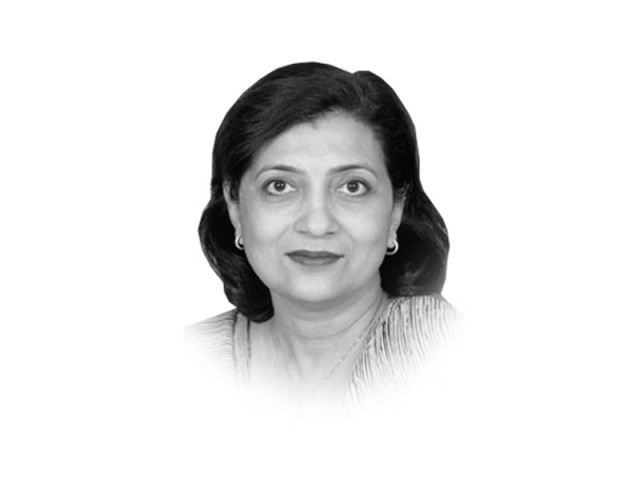 Editor LUBP
I am extremely disgusted to find that on Twitter, in the recent Raza Rumi / Farhad Jarral vs LUBP tug of war, my late mother, Fauzia Wahab has been dragged into! Yes, being PPP supporters, I introduced the LUBP to her who was at that time Information Secretary of the PPP. Was there any harm in that?
What patronizing Raza Rumi is alleging should be asked from Farhad Jarral who remained quite close to my late mother and presented himself as the face of PPP Social Media. I request Raza and Farhad both to come up with truth as what “patronizing” was that my mother did for LUBP. I wish my mother was able to patronize the PPP supporters on Social Media. PPP may not have been that bare today in that space.
My request to Raza Rumi is not to drag my late mother and me into it. He is a great liberal, progressive blogger and all of LUBP is a bunch of slanderers. Let’s accept this and move on. Hopefully he will be happy after this.
At least I am happy now that at least Abdul Nishapuri, the former editor of LUBP, is no more Fauzia Wahab’s son, as it was depicted for a few months on twitter!
All the best
Ali Wahab

Thank you for your letter. We at LUBP respect your deceased mother and pray that May Allah elevate her in the heavens.As a former editor of LUBP Farhad Jarral should have clarified and corrected Razi Rumi’s allegations.  However, besides that LUBP will never discuss her, you have my word on that.  I deeply regret the pain this nastiness may have caused you.   I can assure you strong women like Shaheed Mohterma Benazir Bhutto and Mohterma Fauzia Wahab will always be a source of inspiration to millions.

To my knowledge LUBP has not recieved any direct or indirect funding from any one. Former editors have brought to my knowledge that Farhad Jarral used to receive some kind of economic support from a few people because of his economic circumstances but not a single penny was received or spent on the running of LUBP. As editor, it is my privilege to pay $55 a month for hosting. That recently went up from $25 because of the high volume we are getting on the site. Please note the volume on LUBP is much higher than any other political blog including The Friday Times blog of Najam Sethi and Raza Rumi.

LUBP gets no patronage from anyone. Mr. Raza Rumi (editor of TFT blog) also happens to be a Director of the Islamabad based controversial think tank, Jinnah Institute, which received taxpayer  money through Tameer bank. Some of the funds for Jinnah Institute allegedly originate from the secret fund of ISI hot money. Taxpayer money in Pakistan means money fleeced form the masses as the wealthy hardly pay tax.  Evidence supporting these allegation has been published and Raza Rumi has failed to refute this allegation by former employees of Tameer Bank. Despite being so flush with money stolen from the poor people of Pakistan (secret media funds of ISI), no one seems to read Mr. Sethi and Mr. Rumi’s The Friday Times Blog .

The Friday Times blog makes no economic sense, I know this becuase the advertising potential with such a small audience is extremely small. To maintain paid staff and offices some would have to donate a nice chunk of change so they may promote a cetain agenda, there can be no other explanation  as there is no economic rationale to keep it open as a commercial enterprise. Their agenda is apparent in their bloggers attacking Malala Yousafzai, promoting the strenghtening of blasphemy laws and promotion of banned outfit Sipah-e-Sahaba (ASWJ-LeJ).