Home  »  Featured • Original Articles   »   What is the difference between Malala’s father and a pimp? – by TFT Bloggers 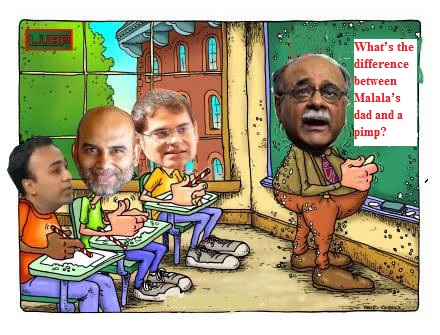 LUBP and other progressive Pakistani activists have been condemning Najam Sethi and his protégés like Ali K Chishti, Raza Rumi, and Mohammad Shehzad for rationalizing and enabling Shia genocide in Pakistan by giving voice to leaders of banned Deobandi terrorist outfits such as Ahmed Ludhianvi and Aurengzeb Farooqi. For instance, it was Muhammad Shehzad who published his now infamous interview with Deobandi hate cleric Ahmed Ludhianvi in The Friday Times in which he said that calling the Shias infidels, and thus deserving death, was as much politically valid a slogan as one calling for food, clothing, and shelter for the masses (see: https://lubpak.com/archives/251181  )

A couple of weeks before, Ali K Chishti gave voice to Aurangzeb Farooqi, the head of the ASWJ-LeJ, Sindh, in which the latter blatantly lied that his madrassas do not promote anti-Shia sectarianism. This is the same Farooqi who has repeatedly said that he will make the lives of the Shias of Pakistan so miserable that no one will shake a Shia’s hand (see: http://www.thefridaytimes.com/beta3/tft/article.php?issue=20130712&page=5 ) 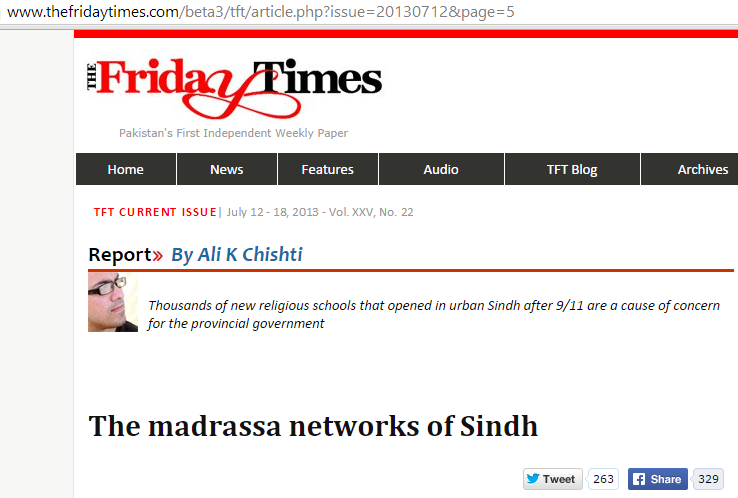 The three infamous fatwas are:

1. Mullah Ludhianvi is a peace-maker.

3. The likes of LeJ are largely misunderstood.

“What is the difference between him (Malala’s father) and a pimp?”
“When is Malala’s Mujra (dance by tawaif or courtesan) taking place?” https://lubpak.com/archives/275175 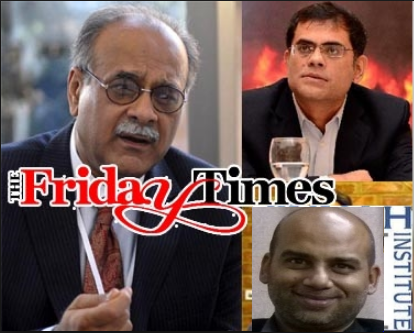 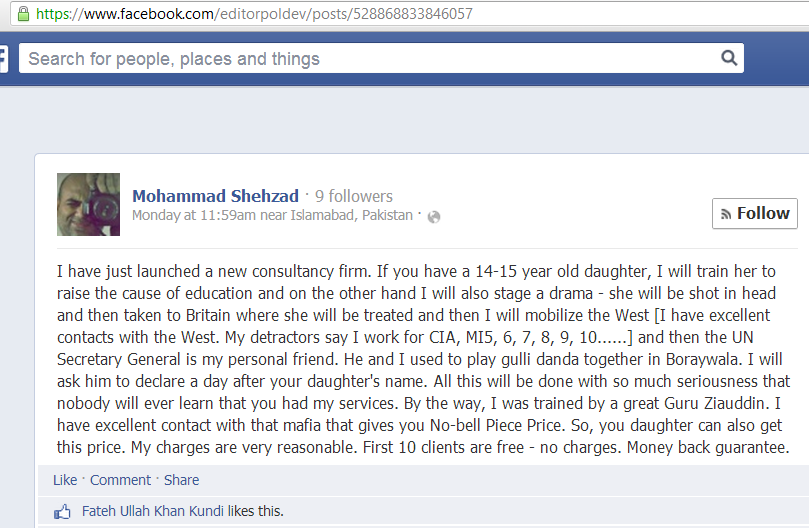 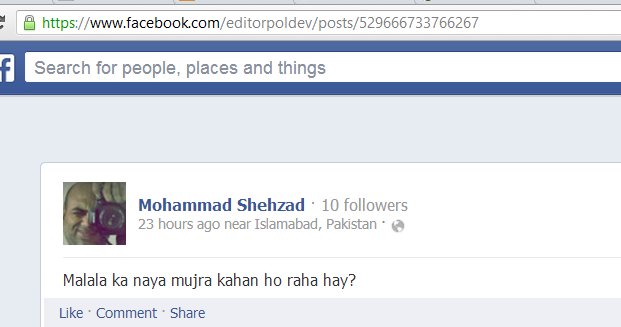 Malala, a symbol of resistance and a figure who is a true Pakistani hero, is a prostitute for the Najam Sethi protégés! It needs no comments.

The evil which Najam Sethi through his protégés at The Friday Times has been spreading deserves a serious note. Given the so many hats he wears and so many powerful lobbies he belongs to, we do recognize him to be an institution on his own. He is Pakistan’s grand School of Evil. Wannabe fake liberals learn at his feet and upon graduation are rewarded with various positions. The Friday Times is the mouthpiece of the School. The likes of Raza Rumi, Ali K. Chishti, and Mohammad Shehzad are his students-cum-instruments. It must be noted that world’s top universities often employ their brilliant students after they have graduated. This is what Najam Sethi has also done. He has employed these protégés at The Friday Times setting an example for many fake liberals who want to spread evil in the Pakistan society by promoting Salafi-Talibanic agenda. As the Shias, Ahmadis, Hindus, Christians, Sunni Brelvis (Sufis) and moderate Deobandis/Salafis are killed every day and the brave, selfless Malalas of Pakistan are equated to prostitutes, the Najam Sethi School of Evil continues its march of destructive folly unimpeded. 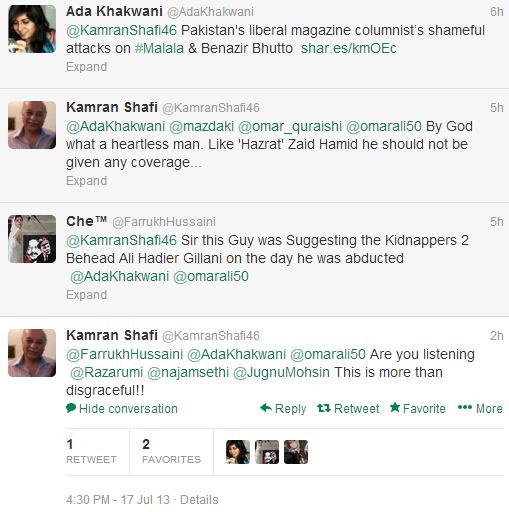 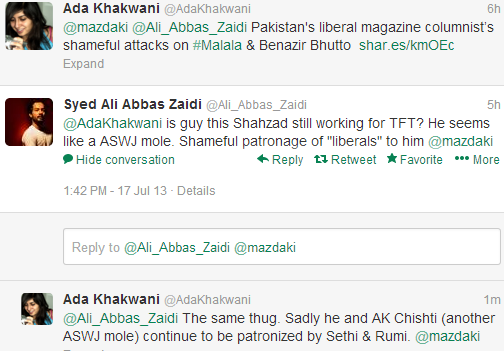 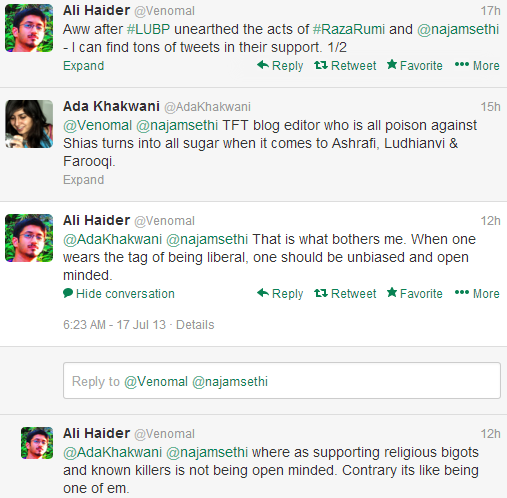 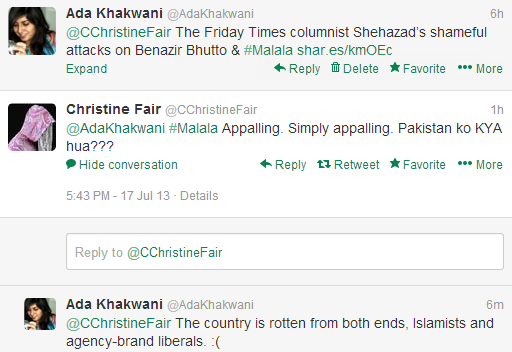 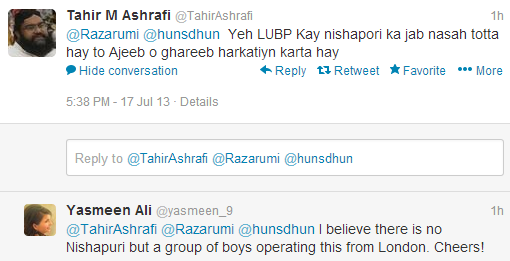 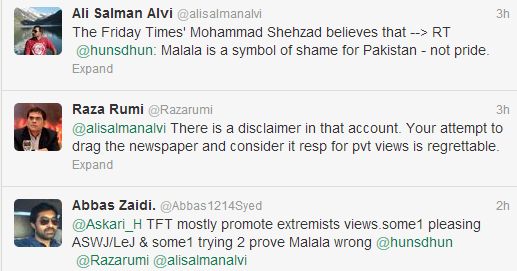 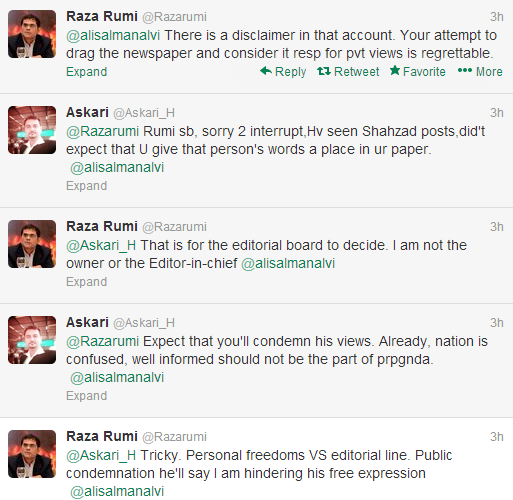