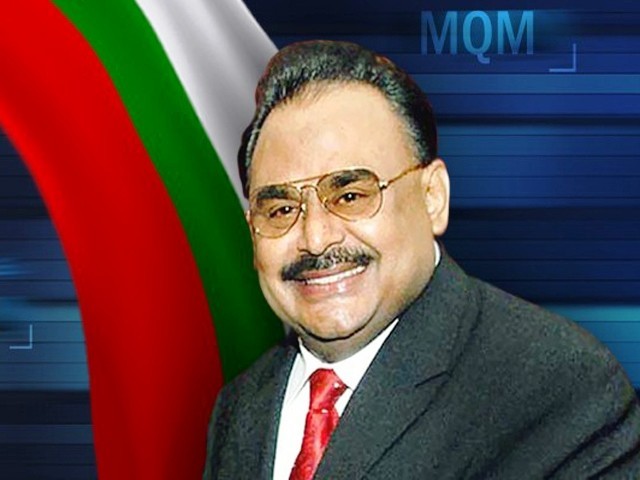 The MQM leader Altaf Hussain may need police protection as one of his owns may attempt to assassinate him. Following the explosive disclosures about the deeds and criminal activities of Hussain and his associates, the MQM leader has become a liability for the Party.

As Hussain goes down he may take with him many MQM leaders and activists. The fall of the MQM boss will be the end of thousands of beneficiaries of Altaf Hussain’s crimes and policies. Several of them will not only finish politically many may end up in British jails or deported from Britain.

With the MQM weakening, its rival faction, the Muhajir Qaumi Movement (Haqiqi), led by Afaq Ahmed will try to fill the political space in Urban Sindh. If that happens Karachi and other cities of the Sindh province will suffer from another phase of violence and gang war that could last for a long time.

After the Scotland Yard raided his home in London, Altaf Hussain had told his followers in Karachi over the phone that the British Government could plot to kill him. In this backdrop, if Hussain is found dead at his London residence, the MQM will immediately blame the British Government. He can be poisoned, or his murder may appear as a suicide.

Ironically, the death of Altaf Hussain could give the MQM and its leadership a new political life. The Party will get rid of an authoritative and eccentric leader who has been an embarrassment for the Party. The MQM will get a martyr as dead Hussain will draw even more crowds and support for a Party that has lost its credibility due to its involvement in violence and mafia style of management.

Also the MQM will gain public support by riding on the popular anti-imperialist and anti-West sentiments that exist in Pakistan. The Party will call the murder an international plot against the MQM. The above scenario, no matter how cruel and horrific it may appear, is a possibility though a remote possibility.

Nevertheless, it is more likely that the MQM leadership in collaboration with some Karachi businesses will provide invoices and receipts for the cash found at Hussain’s home and the MQM premises. They will also say that money in Hussain’s UK bank accounts and the London properties in his name are made through legal means. By doing so, Altaf Hussain and his associates will try to reduce the seriousness of money laundering accusations. Meanwhile the MQM may also reach to an understanding with the Nawaz Government in Islamabad for Hussain’s bailout in Imran Farooq’s murder case.

On the other hand, it is also possible that the law takes its course and Altaf Hussain is charged and arrested for any or all the charges of murder, money laundering and inciting violence. In such an eventuality, the MQM will replace Hussain as its leader but in public the Party will continue to support him as a victim of an international conspiracy.

Shiraz Paracha is a journalist and analyst and can be reached at: shiraz_paracha@hotmail.comu