Iran and US have common ground on where Morsi went wrong 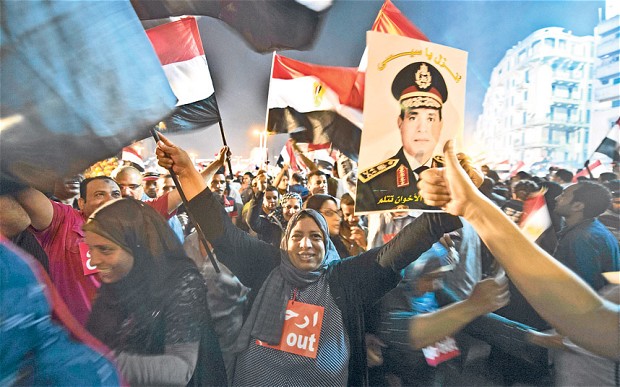 Editors note: We are posting two interesting perspectives one from the vocal Iranian Parliamentarian Ahmad Khatami and another form Robert Fisk of The Independent. There seems to be a lot of common ground between the Iranian and American perspective in terms of protecting minorities.

In response to the rising sectarianism in Egypt, Ahmad Khatami said, “Instead of inviting the Islamic world toward unity, they supported murderous takfiris or were silent against them.”“On the issue of the Zionist regime,” he continued, “before coming to power, their slogan was to struggle against [it], but after they came to power, not only did we not see the materialization of this slogan, but they renewed the shameful Camp David accords, wrote a letter to [Israeli President] Shimon Peres and called him a brother and they sent an ambassador to the Zionist regime.”“They confuse their friends with their enemies,” said Ahmad Khatami. “They launch Iran-phobia and Shia-phobia and tie their hearts to their enemies. The president of Egypt consults with [US President Barack] Obama and talks about this in their media. This action brought 10 million people to the scene and resulted in the coup.”Ahmad Khatami also condemned the killing of Egpytian Shia cleric Sheikh Hassan Shehata. He referred to Shahata as a “great scholar,” and said that his lynching was “the work of murderous takfiris who have no trace of humanity.”

Fisk writes: Now for the kind of historical memory that Obama would enjoy. In that dodgy 2009 speech in Cairo – in which he managed to refer to Palestinian “dislocation” rather than “dispossession” – Obama made the following remarkable comment, which puts the events in Egypt today into a rather interesting perspective. There were some leaders, he said, “who advocate for democracy only when they are out of power; once in power, they are ruthless in suppressing the rights of others…you must respect the rights of minorities, and participate with a spirit of tolerance and compromise; you must place the interests of your people and the legitimate workings of the political process above your party. Without these ingredients, elections alone do not make true democracy.”Obama did not say this in the aftermath of the coup-that-wasn’t. He uttered these very words in Egypt itself just over four years ago. And it pretty much sums up what Mohamed Morsi did wrong. He treated his Muslim Brotherhood mates as masters rather than servants of the people, showed no interest in protecting Egypt’s Christian minority, and then enraged the Egyptian army by attending a Brotherhood meeting at which Egyptians were asked to join the holy war in Syria to kill Shiites and overthrow Bashar al-Assad’s regime.