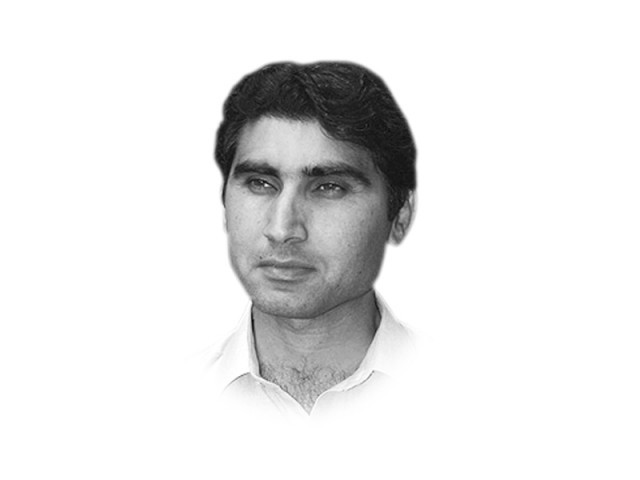 Editors Note: We are Cross posting a good article by Syed Irfan Ashraf ET. We recommend reading it with Rusty Walker’s piece Roots of Takfiri Deobandi militancy: Hero worship of evil renders the worshiper himself evil. The reader should also get a perspective on TTP Commander Waliur Rehman Deobandi and Imran Khan’s march of folly.

For the last many years, the Pakistani media has followed a trend of glorifying militants’ death by presenting them as heroes. The Tehreek-e-Taliban Pakistan (TTP) deputy chief, Waliur Rehman, is the latest entry on the list. Rehman was killed last month in a drone strike in North Waziristan. The TTP commander was lionised by the media as someone who died a hero’s death after living a militant’s life. Some news cartographers sketched Rehman’s life as a teacher and preacher. Others put together conspiracy theories to paint a softer image of him within the ranks of hardcore militants. The dreaded TTP commander was projected as a pro-Pakistan fighter, who picked confrontation within the TTP ranks for his focus on attacks across the border. This one-sided portrayal apart, Rehman’s death is the end of yet another militant commander. He remained a vital part of the terrorenterprise that consumed thousands of innocent lives. In his dozens of video appearances, Rehman never backed off from his commitment to challenge the Pakistani state and society.

Why are different groups of networked gangsters treated as heroes? The political economy of mass communication can be held responsible for popularising this variant of gutter journalism. However, the buck does not stop here. This issue is ideologically structured in Pakistan, which makes it important that we understand it. We have to look further to trace the ideological factors responsible for creating conditions, which help militancy to growmaterially. Such conditions provide reason for some to join militancy and allow others to go scot-free after committing violence.

The concept of the security state and its role in the formation of national identity are central to the issue of militancy in Pakistan. Throughout its formative phase, political manoeuvering of the civil-military leadership to evolve itself into a principally structured force has derailed the country. Any opposition from within was associated with the existential threat from outside — India. Its purpose was two-pronged. First, to pave way for a centralised state structure, where the military was the symbol of national unity. And second, to silence opposing social and political forces, making the people believe that dissenting forces are a threat to national solidarity.

Imbued with the spirit of religiosity, a web of mythical events was created to help the establishment continue its power game by relying on retrogressive means. To make this ideology part of the people’s collective consciousness, an abridged history was promoted. The school textbook system, institutional codes, madrassa education and political dogmas of religious parties were all considered vital parts of the history project, which mainly aimedto construct national identity on uncontested mythical lines. Had such measures intended to benefit the country and its people, the outcome would have been different than what it is today.

Instead, this reductionist approach enabled the civil-military establishment to create a paranoiac situation in which, pluralistic social and democratic forces suffered the most. That is why militant forces supportive of the state ideology are always considered an asset.Years of terrorism should have helped civilians differentiate between a criminal and a saviour. However, the lethal binary of the good and the bad Taliban has created widespread confusion. By personifying the saviour and the savage within the same metaphor, this deceptive binary is not letting civilians differentiate enemy from friend and, therefore, much confusion has ensued.

Alarmingly, the state apparatus is also the victim of this confusion, which is evident in the lack of a cohesive approach to deal with the threat of militancy. Some official sections are committed to fight against the Taliban. But others believe that Taliban militants are their undeclared partners to materialise offshore projects. There is no doubt that the Pakistani security forces have rendered great sacrifices in fighting militants. However, these sacrifices have still not led to the dismantling of the channels of militants’ support. Understanding the state’s ideological foundation is important before militancy can be dismantled. Without doing so, merely mobilising military logistics is not going to win us this war.

In the given situation, Pakistanis need to understand the motives behind decades of official investment in creating a false history of the country. The media has a major role to play here, but it can only make a difference if journalists stop playing the role of ideological recruits. The media must challenge the structured nature of militancy. Otherwise, blaming only politicians for not controlling violence is as detrimental to democracy as the media’s own role in glorifying militant commanders.