Who was Waliur Rehman Deobandi? The easy answer is that he was the deputy in command of the Tehrik-e-Taliban Pakistan (TTP) who was killed by a drone attack on 29 of May. But was he just the number 2 of the TTP? Was he just a terrorist who killed or ordered killing of people? Obviously no. If you listen to Imran Khan, there is something you will be surprised.

According to Imran Khan’s traditional pro-Taliban belief and profession, Mufti Waliur Rehman Mehsud Deobandi was a “pro-peace” Taliban leader who wanted to hold peace talks with the government of Pakistan. This is what he said in his tweet. Even Waliur Rehman must be slapping his knees in disbelief at Imran Khan’s statement. 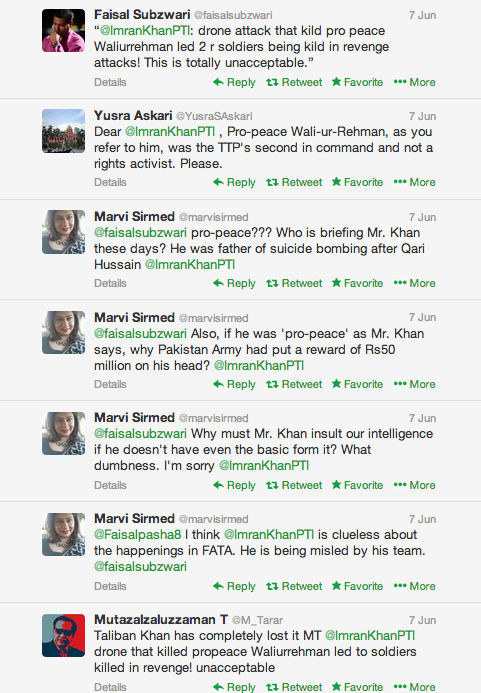 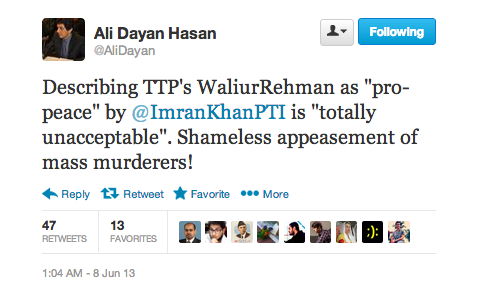 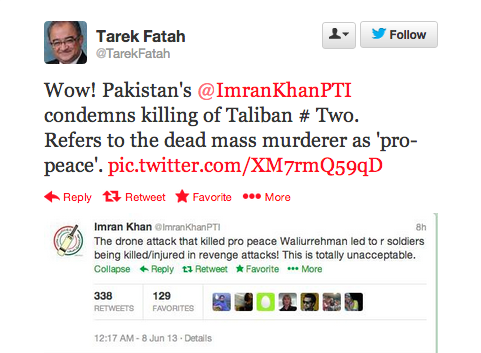 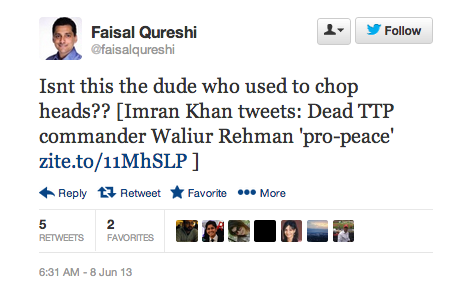 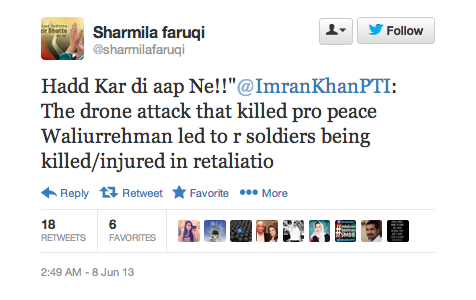 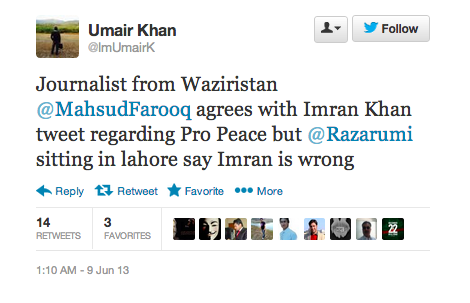 What Imran Khan conveniently forgot to mention (as usual) that Waliur Rehman was responsible for the killing of thousands of Pakistanis including Pakistani soldiers. He lied all his life in accordance with his Deobandi-Takfiri belief. He considered Shias, Ahmedis, and Sunni Brelvis kaffir (infidel) and deserving death. He had the same view about Christians, Jews and Hindus. How can he be a man of peace?

Wali-ur-Rehman Mehsud Deobandi was the alleged mastermind of the September 2008 attack on the Marriott Hotel in Pakistan’s capital, Islamabad, in which more than 50 people were killed. He was also linked to the December 2009 attack on a CIA base in Khost, Afghanistan in which seven CIA employees were killed. In 2010 the U.S. government, noting his attacks against U.S. personnel, offered rewards of up to $5 million for information identifying his location. The 42-year-old was among a handful of TTP leaders with formal religious credentials and, as a former member of the prominent Deobandi Islamist party Jamiat-e Ulam-e Islam (JUI), was seen as having political influence. (Source)

Waliur Rehman was the man who was declared one of the most wanted terrorists by the government of Pakistan. 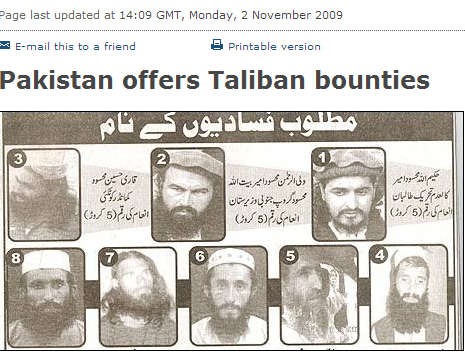 Imran Khan’s march of folly is as consistent as it is unbelievable. He has been saying that the violence in Pakistan is the result of the American interference in Afghanistan. But what about the Deobandi-Takfiri fatwas which stipulate the killing of all human beings who are not Deobandi or Wahabi? How can Imran Khan possibly help the people of Pakistan who have suffered at the hands of the Taliban and Sipah-e-Sahaba (ASWJ-LeJ) for over two decades? Unless you call a criminal and criminal, how can you deal with crimes?

Recently, Imran Khan put his weight behind Mullah Aurengzeb Farooqi when PTI decided to support him in the provincial elections in Karachi (PS-128). Farooqi has openly asked for the destruction of the Shias. What is Imran Khan’s stand on it? https://lubpak.com/archives/267521

Someone in the PTI should stop Imran Khan’s march of folly. Otherwise, he will bring his own party down, which will be a great tragedy for Pakistan. 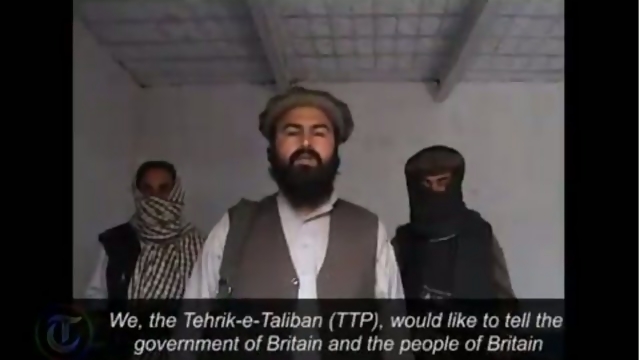 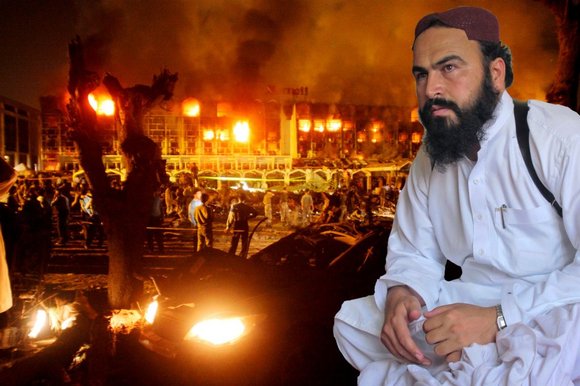 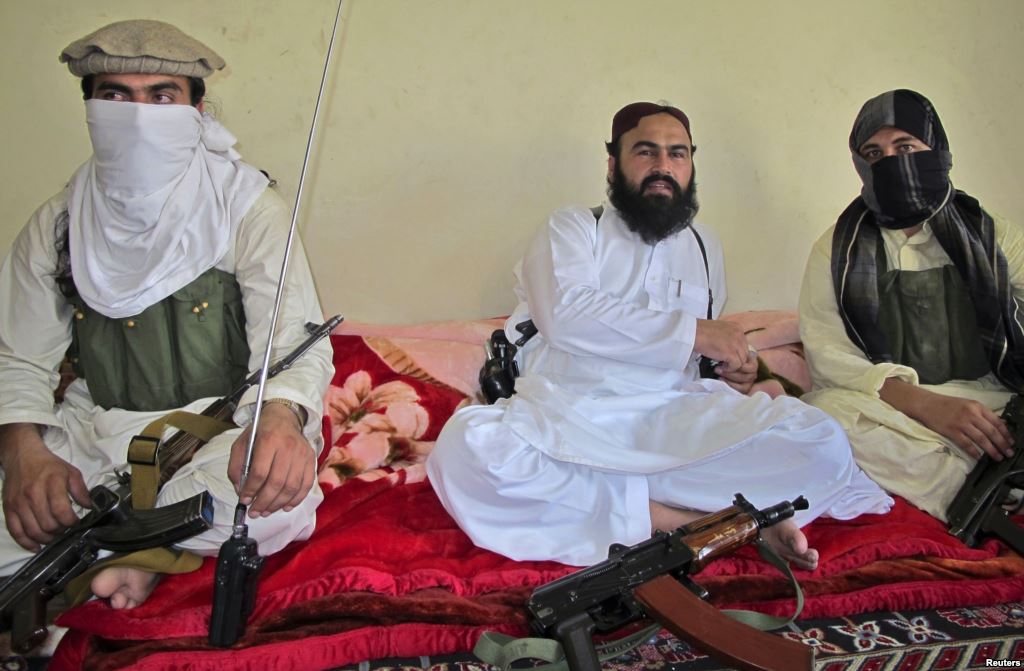 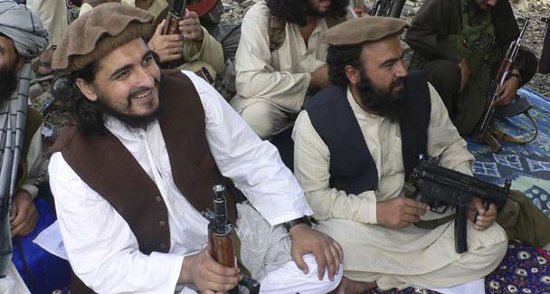