The city of Quetta observed a day of mourning on Sunday (16 June 2013) against the killing of more than 24 people in Saturday’s coordinated attacks on a  university bus and the Bolan Medical College Hospital. When a political party within the ruling coalition, such as the Pashtunkhawa Milli Awami Party, calls for a strike, it implicitly shows the government’s helplessness to grapple with hard challenges.

The government observes a strike not necessarily because it sympathizes with the victims but the greater goal is always to hide official security failures and mitigate public anger. It becomes even harder to fight an enemy (such as the Lashkar-e-Jhangvi LeJ also known as the Sipah-e-Sahaba or Ahle Sunnat Wal Jamaat Deobandi ASWJ-D that carried out the attacks on Saturday) when there is broad consensus among the Pakistanis that “a good Muslim cannot commit such crimes.” As long as the absurd narrative of Muslims never indulging in violence continues, it is impossible for the government to take ownership of the war against religious violence. This narrative has not emerged overnight but it is the culmination of the Pakistani state’s longstanding support for religious groups over many decades.

In order to normalize the society, the State (Pakistan army in particular) should stop patronizing religion, whether its peaceful or violent versions, at all levels. Religion should strictly remain a private matter of all citizens. We need more civic education that teaches our children to love the humanity and believe in remarkable values like human rights, tolerance and equality.

As stated in our previous editorial, the Deobandi militant group LeJ has confirmed that Saturday’s terrorist attack was carried out by a female suicide bomber named Aisha (also spelled as Ayesha) Siddiqa. This seems to be a fictional, rather than an authentic, name connected to Prophet Mohammad’s wife Aisha, the daughter of Caliph Abu Bakar. Aisha’s life story is the center of controversy between the Shia and the Sunni scholars. This is not a coincidence that the LeJ spokesman calls himself as Abu Bakar and identifies the suicide bomber as Aisha Siddiqa.

Saturday’s carnage is a continuation of the Shia genocide including Shia Hazara killings in Pakistan that has entered its ugliest phase because it now also engulfs women. One doctor-eyewitness at the Bolan Medical College told the B.B.C. Urdu that the attackers had shouted and demanded that Sunnis should leave the hospital compound so that they were not targeted and it was easier for the assailants to kill the Shias. The LeJ spokesman also warned the fledgling Balochistan government to ‘learn a lesson’ from the Awami National Party (A.N.P.) government in the Khyber Pakhtunkhawa Province as it was utterly devastated and ousted by the Pakistani Taliban. The LeJ says it has a clear message for the Balochistan government: Don’t interrupt. Don’t disrupt. Don’t work as a wall (against terrorist attacks).

(It is important to note that LeJ is an almost exclusively Deobandi militant group that has also killed thousands of Sunni Barelvi Muslims, moderate Deobandis and Salafis, Ahmadis and Christians, in addition to tens of thousands of Shias. Therefore, Sunni-Shia sectarian binary to describe a Takfiri Deobandi militant group (LeJ-ASWJ) is not only misleading but also counter-productive.)

Right-wing Punjabi media commentators such as Saleem Bukhari of the Waqat TV have taken Quetta tragedy as an opportunity to call upon the army to initiate fresh military operations in Balochistan. Their aim seems to be to deflect attention from LeJ Deobandi sectarian militants to BLA Baloch national militants.

Before encouraging new military strikes in the volatile province, we have to make three fundamental distinctions.

A lot of Pakistani officials and political analysts are confusing the Baloch Liberation Army (B.L.A.) with the Lashkar-e-Jhangvi. Instead of coming hard on the LeJ, there is more emphasis on targeting the B.L.A which accepted responsibility for the attack on the Ziarat Residency. The government and the media should know it is not the time for propaganda and playing dirty politics. We have lost innocent precious human lives of our young educated women. The B.L.A. is a left-wing nationalist group that calls for a separate state for the Baloch people. The B.L.A. also views radical Islam as a threat used by Pakistan to counter and weaken the Baloch nationalism. On the other hand, the LeJ believes it is on a religious mission to make Pakistan a true Islamic state as, ironically, promised in the country’s Constitution. Islamabad and the LeJ are on the same page when it comes to the territorial integrity and the Islamization of Pakistan. In fact, the LeJ is allowed to freely operates in all areas of Pakistan with its new name Ahle Sunnat Wal Jamaat (ASWJ). The current Vice President of the ASWJ, notorious terrorist Malik Ishaq Deobandi, also happens to be the founder-chief of the LeJ. The only point of difference is LeJ’s rejection of Shias as Muslims, in addition to their hatred of Sunni Sufi (Barelvi), Ahmadis etc. There is always a possibility for encouraging the B.L.A. to disarm if Pakistan improves its human rights record in Balochistan, releases hundreds of missing persons, halt all military operations and treats the Baloch population respectfully. On the other hand, disarming the LeJ is a harder goal since it requires Pakistan to undertake drastic constitutional and ideological reforms that end official patronage to Islam as the state religion.

Second, military operations do not help in eradicating nationalistic or sectarian violence. Deployment of the army further aggravates the situation. Instead of permanently relying on the army and the Frontier Corps (F.C.), the government should overhaul the performance of the police department and civilian intelligence organizations such as the Intelligence Bureau (I.B.). At this point, our police and criminal justice system are both dysfunctional. Neither the police are capable of busting the criminal gangs nor are they competent to properly investigate the suspected criminals. As a result, we do not know what actually happens to the suspects once they are arrested and kept in police custody. Most of them are released based on a lack of evidence which is primarily because of a weak intelligence and evidence gathering system. While our intelligence machinery is exhausted with following and harassing political opponents, investigations lack modern techniques and solely depend on torturous methods. There are no military solutions to issues that can be fixed with a properly trained and equipped police force.

Thirdly, non of the major sectarian and even peaceful religious groups is headquartered in Balochistan. The sectarian organizations are based in South Punjab, led by Punjabi clerics and their Jihadi literature, which includes books, magazines and CDs, is also entirely produced from outside Balochistan. Of course, the banned terrorist group Sipah-e-Sahaba was founded in Jhang, Punjab, and most of its leaders hail from Punjab.  So, there is little work that can be done inside Balochistan to counter the sectarian mindset. Balochistan is only a battleground for the sectarian groups where outsiders come (or are sent) to carry out terrorist attacks in the name of religion with the help of a local cadre. Until the government dismantles the sectarian networks located in the Punjab, it is unlikely to witness a breakthrough in the fight against religious fanaticism.

For Islamabad, it is a catch-22 situation. Whether it will tolerate Jihado-sectarian groups (also linked with Al Qaeda and Taliban) that regularly kill innocent citizens in the name of religion or negotiate with secular Baloch nationalists that question the integrity of the Pakistani state. Since all Baloch nationalists do not support Pakistan’s disintegration, Islamabad should earnestly consider the second option by supporting and strengthening Chief Minister Dr. Malik Baloch to prevail over the armed groups through good governance. Outside Balochistan, the State should embark upon a process of eliminating the epicenter of Jihadist mindset while the civilian government in Balochistan should be assisted and encouraged to improve governance and impart secular education. 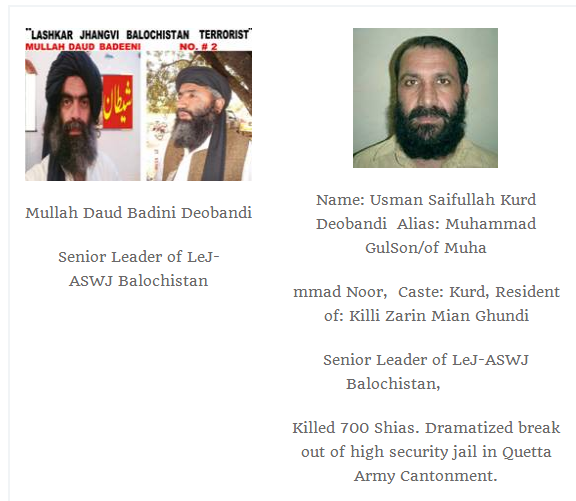 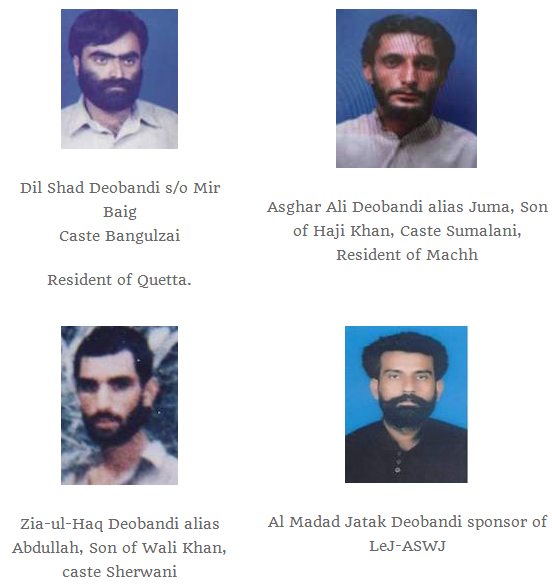 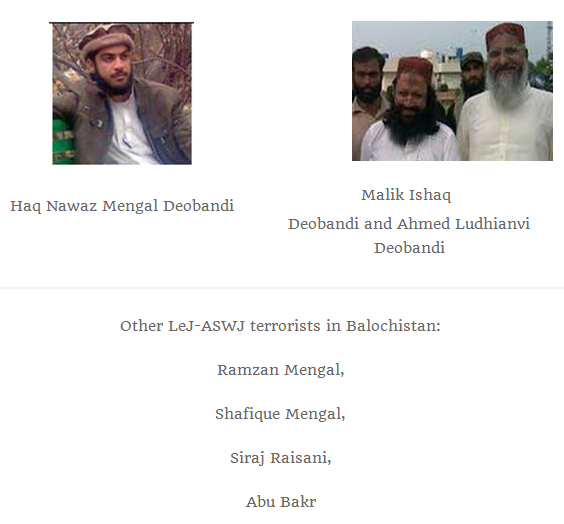 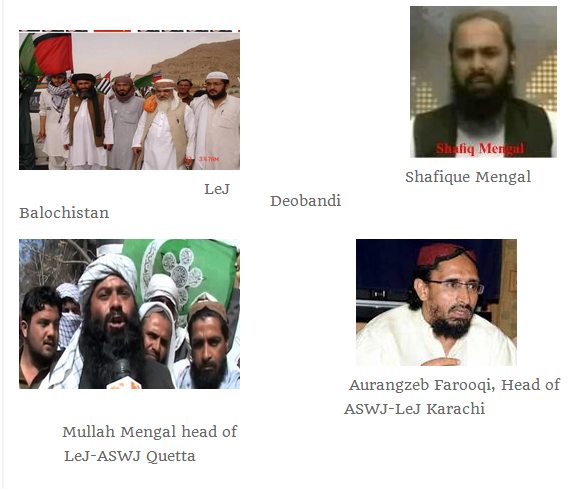