Home  »  Original Articles   »   Loadshedding riots in Faisalabad: Shahbaz Sharif doesn’t like the taste of his own medicine – by Mahpara Qalandar 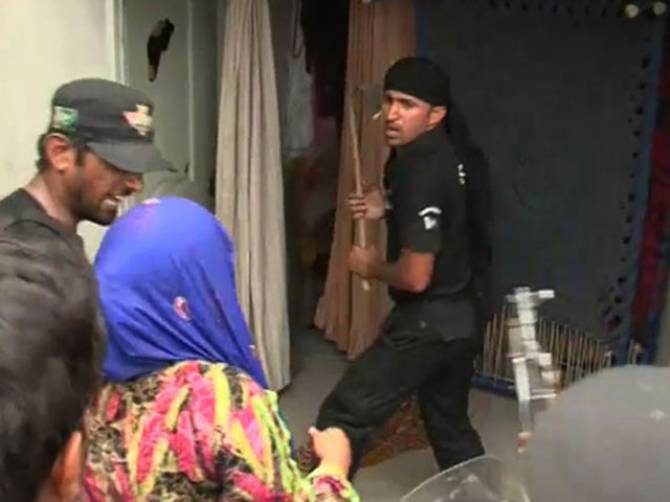 Editor’s note: The Media-Judiciary-PML N-Fake Civil Society nexus has played a horrible role in misinforming the public about the crippling power crisis facing Pakistan. In the short-lived PPP government lead by Benazir Bhutto from 1993-96, a number of power projects were initiated with a long term view of providing sufficient power to both private and industrial sectors.

Most of these initiatives were deliberately scuttled by the next PML N government which came in after scuttling yet another democratically elected government through the intrigues of traitors like Leghari and sellout journalists like Najam Sethi.

Not only did the PML N government hound and jail power sector investors on charges that have now been proven to have been politically motivated, they also scrapped the Keti Bunder project that would have ensured inexpensive coal inputs for maximum power generation. Today, coal prices are at an oil time low but due to deliberate tactics of the 1997-99 PML N government, Pakistan is not in a position to take advantage of this.

Last year, PML N hooligans under the direct instigation of Shehbaz Sharif destroyed power infrastructure in Punjab and attacked the homes of PPP and PML Q legislators – even though the Punjab government was under PML N! PML N not only failed to address the power issue, it used a sellout media to lay all the blame on the PPP government.

Of course, when it comes to the blame game, the Nawaz Yafta “liberals” (NYLs) who have discovered PML N’s “maturity” and “anti-establishment” poses will continue to blame a dwindled PPP for the faults of the PML N. The Media-Judiciary will continue to hound PPP while giving a free berth to PML N and its ASWJ/LeJ/TTP partners.

Perhaps Punjab might still wake up from its Jamaati stupor and appreciate that under PPP, they still can voice grievances. Under PML N, they can forget about it. Perhaps, one day, the alleged rigging that saw the PML steal as many as 70+ seats from the PTI and PPP might eventually be investigated. Until then, the whole country should be ready to see worse. (End note) 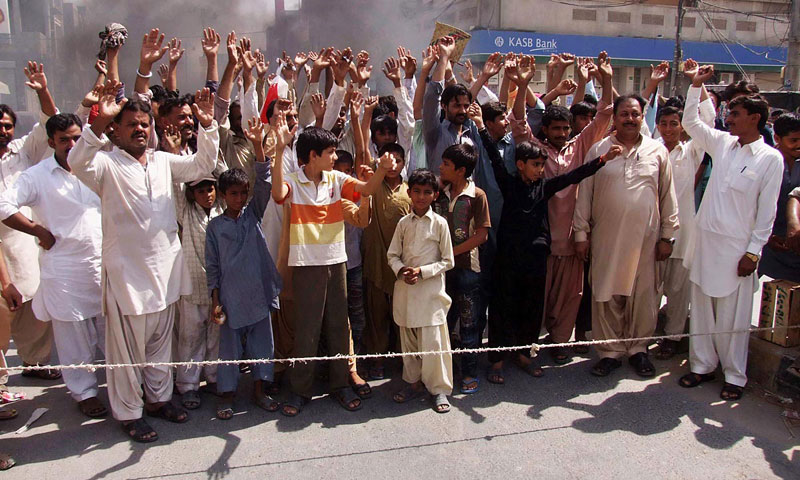 Loadshedding riots: Shahbaz Sharif does not like the taste of his own medicine – by Mahpara Qalandar

Only four months before the Sharif Brothers of PML-N were inciting people to come out on the roads and streets to protest against load shedding. Interestingly, Shahbaz Sharif despite being the chief minister of Punjab led some of the protests. Although he did not openly support destruction of property, the riots wither led by him or encouraged by him resulted in losses of public and private property worth billions. Shahbaz Sharif always justified the riots by saying that the people were right in agitating for their rights. He blamed the federal government (actually President Zardari and his PPP) for every ill under the sun including the load shedding.

Things have not changed. People face the same load shedding scourge. Shahbaz Sharif is still the chief minister of Punjab. But no. I am wrong because things have indeed changed. When on 11 June, the people came out in protesting against load shedding in various towns and cities, they found themselves in for a big shock. Forget Shahbaz Shairf; not even a petty local PML-N demagogue was there to lead them. They found the notorious Punjab police.

The protesters were not only brutally beaten up, the police entered their homes and beat up their women who had nothing to do the protests. So much for the much trumpted sanctity of the home for which the PML-N takes so much credit. (For details, read:  http://beta.dawn.com/news/1017676/power-riots-erupt-in-punjab-towns-police-storm-houses-to-arrest-protesters)

This is very typical of the Sharif Brothers. When in opposition, they are ‘guided’ by all the golden rules that exist under the sun. But once in the office, these brothers are an ugly image of Nero totally oblivious of the problems of the people. It is the same brothers who were promising deadlines to end load shedding. But now they blatantly and shameless say that no deadlines can be given. Shahbaz Sharif defended people’s right to protest as long as the PPP was ruling. But now it is his own PML-N and his own sweet brother is the prime minister. So the protesters can be taught a lesson for their insolence. So much for the good governance! 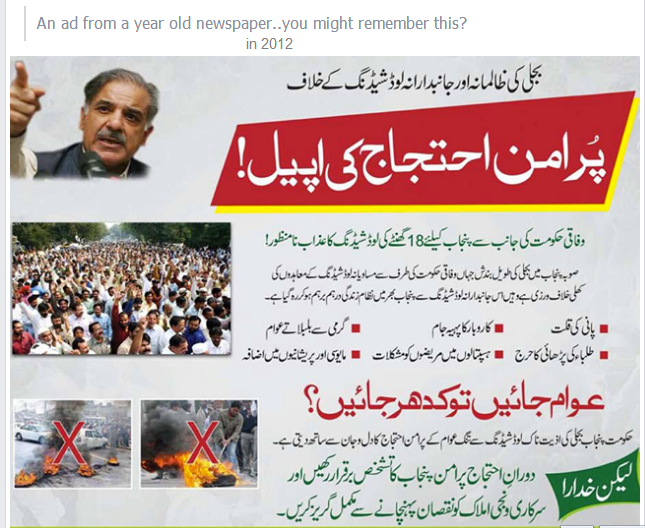 On the other hand there is no shortage of sycophants who will try to justify police brutality against victims of power outages to score points with the new government.