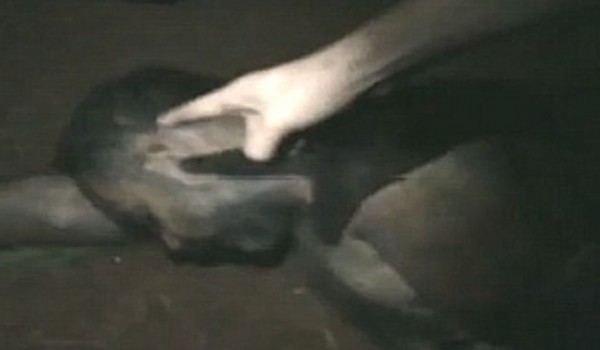 This Belgian video, that is recently doing rounds in the West shows some Western origin soldiers beheading an opponent in Syria, reveals nothing new. This is the same story from the blood-spattered tableau vivant being painted by Boko Haram in Nigeria to the slaughter of another human being of another human being in broad daylight on a London street to poor polio lady health-workers being brutally murdered in Pakistan. But the old news of Jihadist savagery it relays is worth dusting off and shouting from the rooftops with every new incident of savagery.

Unless a man is beheaded in London or the specter of home-bred Jihadists returning to the West looms large, little does it matter if Syrian soldiers slowly stab a man to death puncturing his back dozens of times, a rebel commander bites an organ ripped out of an enemy combatant (https://lubpak.com/archives/264349), a young boy hacks the head off a prisoner, or a Jihadi mutilates the genitals of a corpse. Syrian conflict is the first war in which the prevalence of camera phones and Internet access has allowed hundreds of gruesome war crimes to be broadcast, spreading hatred and fear. They are being used profusely by both sides to define a war that is now spilling across the borders of the country where it began. Fighters are filming themselves committing atrocities in the name of Islam. These acts are flaunted with pride by the jihadists who are not shy to speak to camera.

International powers have taken sides, with the West and Gulf countries supporting the opposition, while Iran and Russia back Assad. While war crimes are condemned in words, there has been no real deterrent for the perpetrators, which has allowed atrocities to continue. What is particularly troubling is that people even in the civilized West shrug their shoulders and look away.

If terrorism is a targeted act of violence designed to have a random and multiplying effect, then this dreadfully unhinged behavior by the side the West sponsors in Syria also fits the definition. Its delirious ambitions and zoomed horror aside, the question remains what is the legitimacy of fighting terrorism in one place when its perpetrators are backed in another place at the same time in this world. Why does it only matter to the West when some offspring of Muslim immigrants falls prey to jihadist and bigoted clerics expert at transforming their Islamic affiliation into the bedrock of the identity for which the political Islam longs? For Islamist extremists who trade in cultural anguish and the cult of death, identity is invaluably synonymous with their violent take on Islam, a religion they portray as everywhere under infidel assault. The guardians of the ‘Free World’ have to be more mindful of who they support in the world outside their realm. These are the same savages they supported in Afghanistan in 1980’s, and then in Libya a couple of years ago, and now in Syria.