Home  »  Original Articles   »   On U.S. approach to Syria: Enemies of your enemies are not necessarily your friends – by Rusty Walker 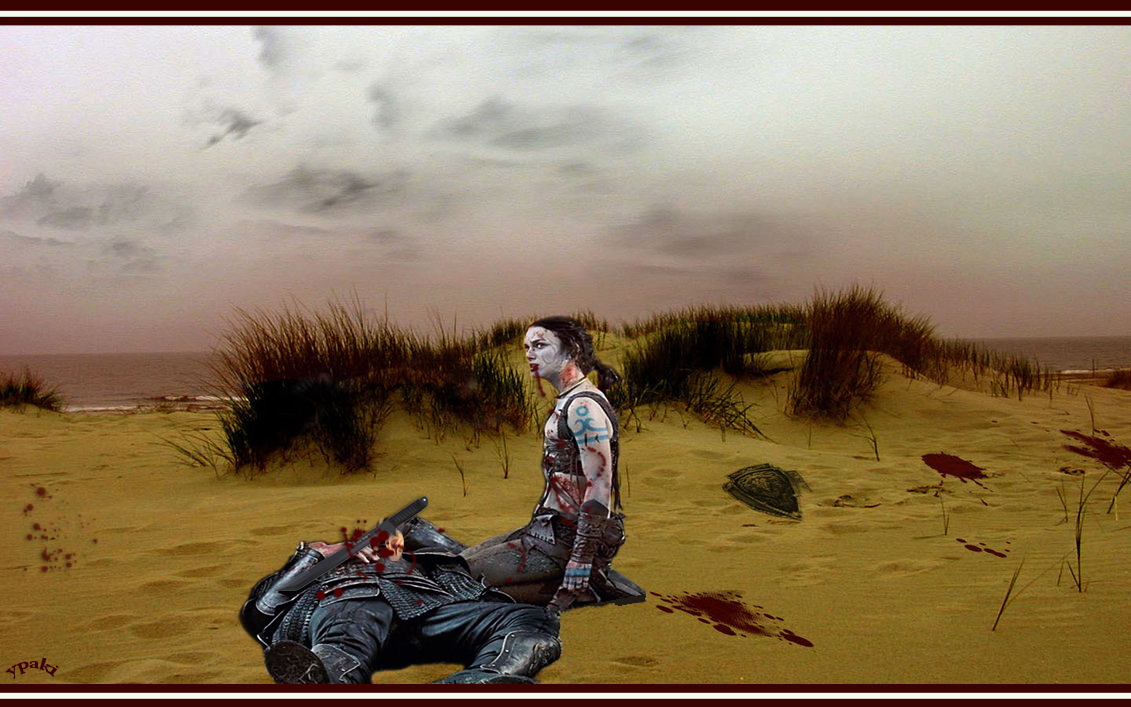 A video shows the Syrian rebel Abu Sakkar, taking a bite from the heart of a dead soldier. This act is a violation of the laws of international war and has been widely condemned. The main Syrian opposition coalition said he would be put on trial. The video, which cannot be independently authenticated, seems to show him cutting out the heart. Is the U.S. policy, Obama, Kerry, really interested in siding with the likes of such terrorists hiding in plain sight?
The video was posted on Sunday, though reporters from Time magazine said they had first viewed the footage in April and on Tuesday Abu Sakkar confirmed that he had bitten into one of the soldier’s organs – though a surgeon disputes just exactly what human part it was.

As someone who believes in Universal human rights, I cannot in good conscience, support any despot. Bashar al-Assad, like his father, is a despot. Here is where it gets complicated. Unlike Hafiz, Bashar before this civil war, was relatively benign. Al Qaeda, which clearly dominates the rebel movement has created a massive global problem. Bashar Al-Assad is still there and the hope of a peaceful, democratic transition for Syria in now buried in this civil war where one side is protecting a secular dictatorship and the other side is representing a theocratic totalitarian order which spells a genocide of Christian  Shia, Alawite and Non-Salafist Sunnis.

The myopic policy we have followed of expediency has been shown to have failed results from funding the Mujahadeen in 1979, supporting Saddam Hussein in the 1980 Iran-Iraq war, to invading Iraq over non-existent WMD (before our young American troops are deployed into harm’s way, we must have transparent reasons, clear strategies and goals, and reasonable exit plans), and a decade of hopeless counterinsurgency in Afghanistan, ending in misreading the Arab Spring, and siding with Muslim Brotherhood against our former ally, the brutal dictator Mubarak. As an American patriot I find these inconsistencies difficult to reconcile. Now, to align once again with confirmed al Qaeda-related rebels against Assad becomes a folly of immense consequences. So, despite the oppression and human rights violations of the Assad regime, the answer to the question: just who exactly are these forces are we aligned with and why? …is the question the American press must address clearly for the U.S. citizens. So far, the New York Times, Fox News and CNN have discovered what the U.S. administration seems to overlook, or obfuscate. The rebellion in Syria is in fact led by radical Sunni- Salafist/ Jihadists, including al Qaeda.

Human Rights Watch confirms that Abu Sakkar is the leader of a group called the Independent Omar al-Farouq Brigade, splinter group of the Free Syrian Army (FSA) Al-Farouq Brigades. He insults Alawites, the very same minority offshoot of Shia Islam to which President  Assad belongs. Abu Sakkar has been filmed firing rockets into Shia areas of Lebanon and posing with the bodies of guerrillas from the Lebanese Hezbollah movement killed fighting alongside Syrian government forces. US-based Human Rights Watch identified Abu Sakkar, a well-known insurgent from the city of Homs, in a blatant war crime. A video shows the Syrian rebel Abu Sakkar, taking a bite from the heart of a dead soldier. This act is a violation of the laws of international war and has been widely condemned. The main Syrian opposition coalition said he would be put on trial. The video, which cannot be independently authenticated, seems to show him cutting out the heart. Is the U.S. policy, Obama, Kerry,  really interested in siding with the likes of such terrorists hiding in plain sight?

The video was posted on Sunday, though reporters from Time magazine said they had first viewed the footage in April and on Tuesday Abu Sakkar confirmed that he had bitten into one of the soldier’s organs – though a surgeon disputes just exactly what human part it was.

We in the United States contend that we stand for democracy and civil rights, and abhor Human Rights violations. Still, we pick and choose in the Realpolitik world, Reagan deciding in 1980 Hussein was our ally against Iran, then in 2003 Bush invaded Iraq for a regime change; prior to this Clinton decided the Muslims were our friends and we involved the U.S. in Bosnia, yet ignored the millions in genocidal Rwanda and Darfur. The brutal militaristic Mubarak has both been a U.S. friend but, lately declared our enemy as Obama declared  he “must go!” as we boldly removed him for the Arab Spring fever that elevated only tempers, not human rights, and put our enemies the Muslim Brotherhood in power.

The UN says nearly 80,000 people have been killed since the uprising against President Assad began in March 2011, and millions have fled their homes. The Syrian Observatory for Human Rights confirms that the conflict in its third year has killed over 94,000. Over the alarm of allowing Extremist Sunni Jihadists into Syria, many Iraqi Shiites have volunteered militias fighting alongside Assad’s army. The overall motivation for these Shias is against Assad, not a conspiracy of combatants seeking Shiite unification of Iran and Syria. This is an American fear and an unlikely scenario. The Shias recognize that the real issue at hand is a pro-al Qaeda rebellion in Syria, that wish to oust President Bashar al-Assad, to replace it with Sharia Law, and establish the “Khilafah’, that is, an extremist Caliphate, long purported to be the goal of Salafist Sunni-extremists.

In Aleppo, Syria, al Qaeda rebels control many businesses, plants and even produce profits; this, and the arrival of Islamic law put in place there, according to CNN, “staffed by lawyers and clerics, and by fighting brigades led by extremists.” Across Syria, rebel-held areas include Islamic courts. The fact is that, this is not the Arab Spring with Western hopes of secular governments. The Supreme Military Council, of which we were hopeful, instead is a rebel organization under rebel-controlled Syria proposes Islamic Law in a future Syria. Secretary of State John  Kerry’s commitment to funding arms to these rebels, to me portends a repeat of the 1980s Afghanistan Reagan Cold War arms to the Mujahedeen; weapons that subsequently ended up in Taliban and al Qaeda hands; the recycling of history from which we never learn.

Syria’s rebellion of the people is one of the last failing legacies of the misnomer, “Arab Spring.”  Support for Syrian rebels should be taken with the greatest caution. While, Iranians and Russians support the Syrian Bashar al Assad regime, the enemies of our enemies should not make us default into friendship mode. The lessons of the last decade learned from ridding of violent dictators like Saddam, and Mubarak, revealed unintended consequences. I am not suggesting that anyone who appreciates human rights would regret Assad being removed, as we did Mubarak (still, doesn’t the fact that many dictators of the past including General Zia of Pakistan, were once considered allies of the U.S. illustrate that Machiavellian tactics are part of US policy – not to mention our current ally, the Kingdom of Saudi Arabia, once cutting our oil in 1970s under President Carter- Saudis were responsible for 9/11 and bin Laden, and currently funding radical Madrassas throughout the world and Shia genocide in Quetta, FATA, Pakistan). Tell me where the lessons of history are being learned and avoided in the U.S. long term foreign policy.

While it is true that Iran aligns with the minority Alawite Shia’s that make up, by the way, only 13% of the population, the rebel forces are radical jihadists that, once again, the Saudis and Gulf states support for the insurgents that admit they are: al Qaeda and radical Sunnis. Where does the U.S. administration stand with regards to these factors? Drawing red lines of contention? If a nation draws a line in the desert sand, such nations will be expected to act quickly and decisively if these lines are crossed. So, would we join our rebel “friends” who are also Jihadist Salafist enemies- against enemies, Assad and Russia?

While the United States remains the top military power in the world, it has serious limitations after a decade of failure at democratizing invaded lands, unless, as in post-WWII all resources are committed to it. Clearly, today’s global ideological differences are far different, and do not justify commitment to resources that provided success in post-war Germany and Japan are no longer applicable.

“We all want an Islamic state and we want Shariah to be applied,” said Maawiya Hassan Agha, a rebel activist reached by Skype in the northern village of Sarmeen. He said a country’s laws should flow from its people’s beliefs and compared Syrians calling for Islamic law with the French banning Muslim women from wearing face veils.

“In France, people don’t like face veils so they passed laws against them,” he said. “It’s the same thing here. It’s our right to push for the laws we want.” The New York Times reports, “In rebel-controlled Syria is there a secular fighting force to speak of.” The opposition fighting President Bashar al-Assad, are extremist Jihadists.

One such group is the dangerous Qaeda-aligned force Al Nusra Front, but this is just one of many who share Islamist ideology. This mirrors the hope that the “Arab Spring” had of a democracy that also ended in disappointment. Similar to Egypt, when the armed rebellion was initiated, defectors from the government’s largely secular army, was the main force. Since then, Qaeda-aligned jihadists seeking to establish an Islamic Caliphate, inspired by the Muslim Brotherhood, seek instead Islamic Sharia. .

The Nusra Front should not be an unwitting ally of the U.S., similar to the unintended Muslim Brotherhood alignment that took over Egypt’s rebellion. Nusra has recently pledged allegiance to Ayman al-Zawahri, Osama bin Laden’s deputy. Many of the suicide bombings are tied to Nusra the group mostly from outside Syria. Wheras, another inside group is the Ahrar al-Sham, made up of Syrian extremist Salafist Jihadists.

Gulf Sunni states have funded these two terrorists groups in the fighting in Syria.  Nusra like the Taliban in Afghanistan came in providing both fear-based leadership, combined with providing basic services to garnish support among hostile secular rebels.

The United States pushed for the formation of the Supreme Military Council, which is linked to the exile opposition group, the Syrian National Coalition, but, General Salim idris, who was an army defector, encouraged all to join ranks, and many now include Islamist battalions, and according to a recent report by Ms. O’Bagy, of the Institute for the Study of War, the Council now includes, “the Syrian Islamic Front, with extremist Ahrar al-Sham.”

Unfortunately, the Obama administration continues to ignore the radical elements of this rebel force in its zeal to rid Assad. The reported use of chemical weapons has remained a focus, but obscures the major threat, one of U.S. funding or backing what is essentially a potential, future  Jihadist regime.

The U.S. president might do well to learn the lesson of the last 40 years of wars: some international conflicts have no true winner, and some problems have no solution. The enemies of our enemies are not necessarily our friends.