Home  »  Original Articles   »   What the PPP failed to do, and what we should expect from the PMLN – by Rusty Walker 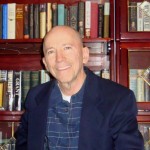 The PML-N has won. We can no longer blame the PPP for what they did not do, when they had the chance. Political parties ran on what the PPP was unable to do.

Let us celebrate then, what the Pakistani voters should expect then from the people’s choice, the victors: Prime Minister Nawaz Sharif – the PML-N.

Does anyone dare feel that due to the business acumen of Sharif, Pakistan economy will emerge as a global force?  dare we suggest that there will be no more brown outs!? No more black outs!? Electricity will be expanded to all provinces, highways, bridges; communications will improve? or, dare we suggest that fairness will now be forged in each province and agency? Shall we assume the Balochs will receive just compensation for their mineral rights?…isn’t that why the PML-N was elected due to the promised fairness, and cunning of a changed Sharif’? Sharif survived sustained corruption allegations in his last tenure; so, I would not be so sure.

The PPP ignored the poor? This we heard from establishment press and political rivls; so, under Sharif, the poor will be raised out of poverty by subsidies… correct? His promised bullet train between Karachi and Peshawar would not begin to correct the needs of the Pakistani poor. Let’s watch and see.

Education in the impoverished lands of KP, FATA, and especially women will be schooled and universities built, under new educational projects by Sharif…isn’t that what we should expect? After all we blamed the PPP for this not happening. Even the feckless, but, handsome Imran Khan built a hospital and university. Sharif will surely build many, many more; with what funds, he has not divulged.

The PPP was alleged to be corrupt: “10% Zardari,” will be replaced with the saintly 0% Sharif….is that correct? So, we should expect no corruption under Sharif; no corruption, just like before during Sharif’s tenure, and rude departure.

If the PPP government had the responsibility to ensure that Musharraf was fully investigated and fairly prosecuted for abuses such as torture and disappearances that were widespread under his rule; and alleged corruption having absconded with millions of dollars- wasn’t the PPP negligent? but, alas, the PML-N will now prosecute Musharaf! We will watch and see if Sharif’s nemesis is properly brought to justice swiftly.

If the PPP government, as claimed, allegedly was unable or unwilling to rid the continued Shia Genocide by Takfiri/Salafist extremists. I am sure the PMN-L will stop this slaughter immediately…correct? Don’t we have the right to expect this?

The PML-N will surely end the military’s continued oppression in Balochistan; the same Pakistan military that had him thrown out of power in a military coup?

The PML-N will no doubt stop the attacks on schools, students, and teachers in FATA and Balochistan (Scores of journalists were killed in Pakistan from 2012 to  present- under the PML-N; this will cease, I assume).

Do we have the right under the PML-N to now expect the government to run Pakistan and not the military?

Shall we expect the PML-N to break the allegiance of security and intelligence agencies with terrorist organizations? Stop “Strategic Depth” programs immediately! The PPP failed to do this and was ridiculed- allegedly allowed extremist groups to attack religious minorities with impunity? These were blamed on inaction of the PPP, as I recall. Shall we expect under the elected PML-N to ban and bring to justice all banned terrorist groups, regardless of their new names? Shall we expect the Deep State to disappear?

The elected PML-N will- Stop assassinations and kidnapping in the name of religious zealots against journalists and human rights defenders…. Right?

The choice of the people, the PML-N, will stop persecution of religious minorities in 2013-14 and so on. No one was held accountable in any of these cases under the PPP; shall we expect this to now change? No more activist Chief Justice? All this shall we expect from a PM that in the late 1990s his main focus was to rid anyone who challenged his authority.

Will the PML-N now find security afforded for media? Media that fearlessly report on ISI and militant groups, and  then will the PML-N rid the climate of fear from extremist retribution we had under the PPP?

Do we have the right to expect to stop disappearances and kill and dump programs of suspected Baloch nationalists and militants by the military and affiliated agencies?

If the PPP was allegedly unable or unwilling to break the links between Pakistan’s military and intelligence agencies with extremist groups I am sure the PML-N will accomplish this…correct?.

The PPP took no significant action to protect those under threat or to hold Sunni militant groups accountable, correct? Well then, the PML-N will, is that correct? …including those with known links to the Pakistani military, its intelligence agencies, and affiliated paramilitaries, such as Lashkar-e Jhangvi, who operated openly across Pakistan…will this now stop?

Law Enforcement officials will no longer turn a blind eye to these attacks, due to the election of the PML-N, we should expect.

Suicide bombings, armed attacks, and killings by the Taliban, al Qaeda, and their affiliates will reduce or vanish, correct, under the new elected party? No more, targeting politicians, journalists, religious minorities, and government security personnel.

The PML-N will assure that Malala Yousafzai, will now be safe, and others like her will go back to school without fear of acid or bullets flying…correct?

Under the PPP the federal government and relevant provincial governments failed to apprehend and prosecute those responsible for attacks on the Shia and others at risk. Nor did they direct civilian agencies and the military responsible for security to actively protect those facing attack from extremist groups, and to address the growing perception, particularly in Balochistan and Pakistan’s tribal areas, that state authorities look the other way when Shia are attacked.  Under the PML-N, will this change? If not, why did we vote in the PML-N?.

Security personnel surely will be increased in Shia majority areas and high risk areas, especially during religious processions. The Hazara community in Quetta will be safe. Processions safe; Ahmedis safe, as Christians and Shias…all safe under the PML-N correct? Unlike the PPP, who failed to protect Ahmadis, the PML-N will protect members of the Ahmadi religious community and militant groups who forced the demolition or closure of Ahmadi mosques and vandalized Ahmadi graves will be found and prosecuted.

The Zardari’s PPP government failed to reform or repeal the blasphemy law so this allowed extremists to have legal tools to impose bigotry and perpetrate abuse. This of course, will change under Sharif. Under the PML-N things will change for the better or why would they have been elected- Well, because the PML-N will curtail abuses under the country’s blasphemy law. Should we assume that the 16 people remaining on death row and approximately 20 serving life sentences for blasphemy will be released? Even reasonable opposition in the parliament in his last time in office, found him attempting to pass a constitutional amendment that would have enabled him to enforce Sharia Law. Do we realize this friend of extremists is who now allededly runs Pakistan?

Under the PPP state security forces routinely violated basic rights in the course of counterterrorism operations. Under the PMN-L terrorists of SWAT, FATA accused and held, will be turned lose under the guise of human rights, I would assume.

Under the PPP the CJ and Supreme Courts were known for judicial overreach. This will all disappear under the PML-N government…correct?

The Supreme Court took questionable political actions in January 2013 by admitting for hearing a malicious petition filed against Sherry Rehman, Pakistan’s ambassador to the United States; Would it be correct to assume that the PML-N will reverse this and correct this activist supreme Court system?

Under the PPP, relations between Pakistan and the United States deteriorated over the 2011 “Salala attack.” The hiding of bin Laden forced the US to send in Special Forces into Pakistan without warning. Will transparency be the policy of the PML-N? Under the PPP the military determined foreign policy- under the PML-N government are we to expect that the military will now be subdued by the government to its proper role of defense of Pakistan, internal security, and allow the civilian government, the PML-N to determine foreign and domestic policy?

The US carried out numerous drone strikes last year on al Qaeda and Taliban combatants  in sovereign  Pakistan. These strikes resulted in dubious and unsubstantiated claims of large numbers of civilian casualties. However, conveniently, the lack of access to the conflict areas has prevented independent verification, escalating the casualties into ridiculous numbers- despite drones being precise technology- In fact, civilian casualties have been reduced, especially since 2009 out of US change of policies. Under the PML-N independent review of Waziristan and FATA will allow the truth to be documented. Correct- is this the magic we can expect of PML-N?

Under the PPP, the military publically denounced the Drone attacks, but secretly allowed them. Now that the PML-N is elected, the military will be honest with the Pakistani people out of fear and pressure from the PML-N government- is that right?

Punjabis will no longer be the elite of the nation…under the PML-N…is that correct? Punjab is the richest and most populous province in Pakistan, it will remain so, one would think.

Surely not; not with PML-N being the will of the people, to vote Sharif in with his exemplary record.

The poor, the uneducated, the dispossessed, the persecuted, were allegedly ignored by the PPP- I think this is unfair, and I believe that under the PML-N Pakistan will see the enormity of the obstacles government faces with a population density of 229.3 people per suare km of land area.

So how can seriously entertain that the PML-N will rid your poor, educate the uneducated, bring into the fold, the dispossessed, and protect the persecuted? land of milk and honey- where all Sindhs and Pakhtuns, and Balochs, and Punjabs live in harmony.

Certainly the PML-N Pakistan though placed in power by the will and mandate of the electorate, cannot once again become the “Land of the Pure.” Not in the reins of a Sharif.

Isn’t it more likely that the status quo remains for the poor and uneducted, the same murderous events take place, perhaps the religious right will be emboldened now, or, do you expect the economy to soar? How? With loans from the World Bank!?

Do these improvements seem out of reach? Do I sound facetious? If so, why did we elect the PML-N? I wish the best for Pakistan, I hope I am wrong.

Summary: PML-N cannot solve what the PPP tried in vain to solve.
We should expect nothing of the PML-N but Talibanization of Pakistan and his alignment with Saudis under PML-N: First step, he we will accept their petro-dollars. It is common knowledge that Shahbaz Sharif and Nawaz Shiarf made alliances with the Takfiri Deobandi LeJ currently operating as ASWJ/Taliban. Nawaz Sharif was therefore protected by ISI and Taliban while liberal parties were threatened and restrained durig theelcetion process. PML-N is no less Islamofascist than the JI and PTI. Nawaz Sharif owes his election to Saudis and his acquiescence to the Taliban. All the promises were hype to appeal to those disechanted with the PPP. The PPP was faced with insurmountable problems. The PML-N will align with the worst of them- Islamization of Pakistan-  where minorities will suffer.