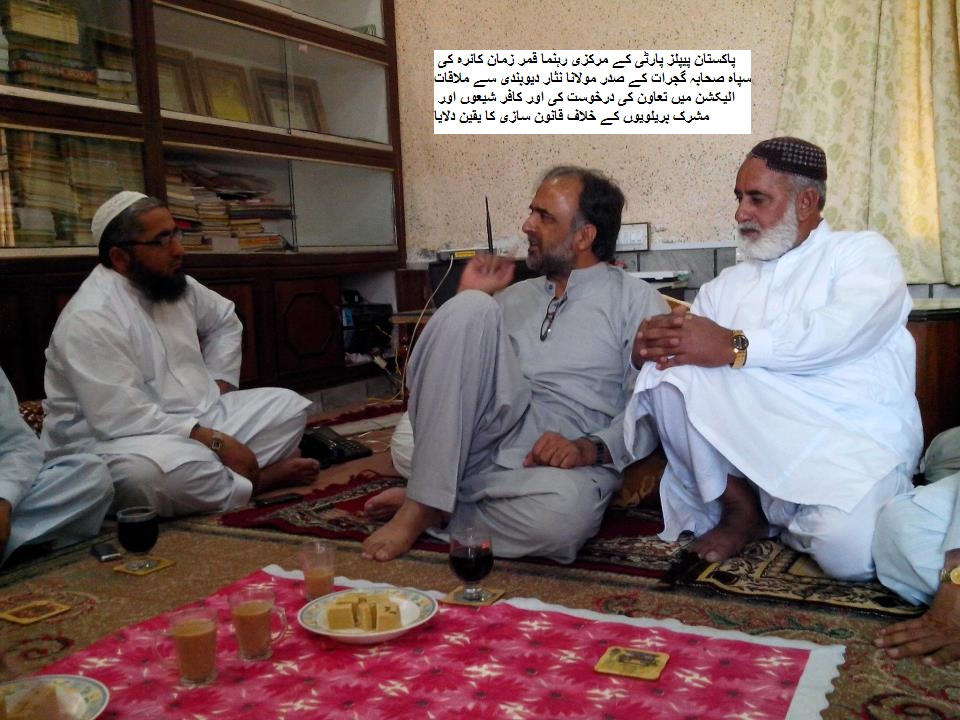 A few months ago, Qamar Kaira had openly admitted in Dawn News talk show (Asma Shirazi’s “Faisla Awaam Ka”) that he was supported by banned Takfiri terrorist outfit Sipah-e-Sahaba Pakistan (ASWJ-LeJ) and that he saw nothing wrong in such engagement with terrorists. He even asked Asma Sherazi, the program host, cynically, whether ASWJ-LeJ workers were not Pakistanis. https://lubpak.com/archives/246875

Previously in 2010, ASWJ-LeJ Chief Ahmed Ludhianvi had alleged that Mr. Kaira was elected due to political support by the ASWJ-LeJ. Mr. Kaira’s statement confirms Ludhianvi’s claim. This news also means that ASWJ-PMLN proxies have been able to infiltrate into a progressive political party (PPP), which is a very worrisome development. https://lubpak.com/archives/16315