Editor’s note: LUBP commends Ejaz Haider for clearly stating that ASWJ (aka Sipah Sahaba or Lashkar-e-Jhangvi) is the political face of Pakistani Taliban (TTP). However, we also noted that as usual Ejaz Haider has declined to mention their true masters, the military establishment of Pakistan and corrupt foreign nexus that bred these Takfiri Deobandi militants during the so called Afghan jihad against the Soviet Union. 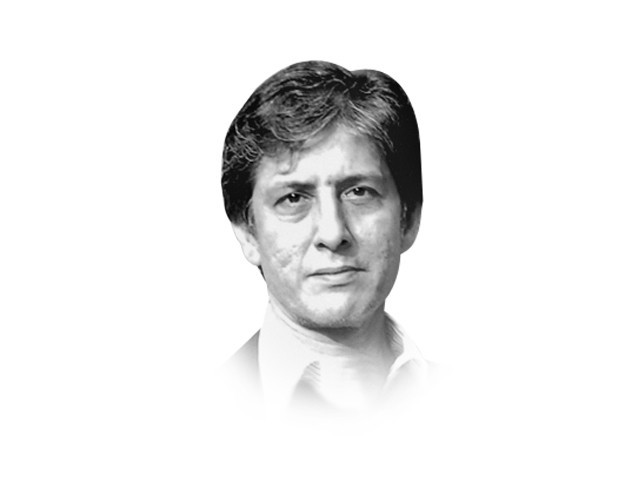 Why is the Tehreek-e Taliban Pakistan (TTP) attacking the political interests of three parties, namely the Pakistan Peoples Party (PPP), the Awami National Party (ANP) and the Muttahida Qaumi Movement (MQM)? What does the TTP hope to gain out of this policy?

We have an answer to the first question from the TTP itself. These three parties are being attacked because they have a liberal-secular outlook, which makes them the bête-noire of the TTP. Second, they were part of the coalition government under whose watch the military operations against the Taliban were conducted. Is it then part ideological and part revenge?

No. That would be too simplistic and linear. While ideology and revenge play an important role as markers to motivate the heavy lifters, the foot soldiers, they are a means to an end. The end, the strategic mosaic, is bigger than the small, tactical pieces that make it up. Also, to think that the Taliban are merely uncouth fighters or their planners do not understand the sophisticated concepts of strategy will be a big mistake. There is reason to believe, and there is empirical evidence of it, that they are fully versed in the art of war, both its purpose and its aim — the first denoting the political objective, the second concerned with the actual conduct of battles.

Seen from this perspective, the violence the TTP is generating is not gratuitous. It is purposive. These are small-scale multiple attacks with a huge psychological cumulative impact; easy to manage, little cost, disproportionate gains.

So, what is the purpose? This is where matters become diabolically interesting.

The TTP knows it cannot capture political power directly. It is also too early for it to expect, despite the denominational conservatism of an average Pakistani, to have him or her reject the idea of elections or democracy. The average Pakistani may do abominable things on certain issues of religion, including murder, but is not unidimensional.

So, if elections cannot be prevented at this stage in the game, what’s the best alternative? It is to ensure that those parties whose presence in the socioeconomic and political life of Pakistan is threatening to the Taliban ideology must be pushed to the sidelines.

The strategy then becomes twofold. On the one hand, the TTP will use terror tactics to instill fear in the parties that it wants out of the game, and on the other, despite its opposition to the institutional mechanisms that define Pakistan today, support those political elements that it thinks will be more amenable to negotiating with it. Within this, there is a third minor strand too — parties like the Ahle Sunnat Wal Jama’at (ASWJ), which are primarily the political face of terrorist groups affiliated with the TTP.

These parties, more like groupings, link up with the right-of-centre and right-wing parties to capture enough political space to become useful in pushing for legislation that is regressive. Of course, there are local compulsions that both restrict and facilitate their operations, but that is in the nature of the game which, as noted earlier, is far from linear.

The TTP has one thing going in its favour — the fear factor. It knows that the state, despite multiple operations, has not been able to either make it irrelevant or dislocate it from the context that strengthens it. It has also played on the great confusion that runs through Pakistani society: is this our war? While it is possible to criticise American policies in the region and yet be anti-Taliban, this being a desirable course of action in fact, the problem is that the Pakistanis, for the most part, have chosen to lull themselves into thinking that with the Americans gone from here, the TTP will automatically demobilise and accept the writ of the state.

This is certainly the view of Imran Khan and has filtered down to his party leaders and supporters. One could perhaps laugh it off for its naiveté if the consequences of this linearity weren’t so threatening. Be that as it may, the TTP knows that this confusion plays to its advantage. At the minimum, it has precluded the state from developing a proper response to the TTP threat. Military operations in general and counterterrorism strategies in specific cannot be fully successful without a public buy-in, and the public’s acceptance of what the state must do is heavily contingent upon a clear understanding of the threat.

Of course, there is the matter of how successful the state has been. There is, for instance, the example of the ANP choosing to talk to the Taliban. The ANP did this because it realised that it is alone and the state cannot secure it. To that extent, the ANP’s reluctant decision to call an All Party Conference to this end is not the same thing as when the Jamiat Ulema-e Islam (Fazl) calls for one.

We will be remiss if we did not mention another important factor: governance. The out-gone coalition didn’t cover itself in glory on that count. That factor, in an election campaign and quite apart from TTP attacks, is also playing to its disadvantage and, by that logic, to the advantage of the very parties the TTP has given an open playing field to. It will be difficult to assess, in any meaningful or even acceptable way, whether — if they do — they lost out to other parties because of this threat or their poor performance. They have already said that because they cannot reach their voters, the election will not be free. And if it isn’t free, it can’t be fair.

If a situation arises in which these parties refuse to accept the election results, the gains will again be the TTP’s.

Finally, while this is the TTP’s long-term strategy, the conglomeration controls the tap from whence violence flows out. They will resort to it to supplement the broader strategy of pressuring the incoming government. Talking is never bad but talking from a position of weakness is always disastrous. Secondly, any talk about talks must keep in mind that while states negotiate with insurgent groups, they don’t with terrorists. If the TTP can get the state to accept its legitimacy as a negotiating partner, that would be a major plus for the TTP.

That is the mid-term strategy in the TTP’s march towards controlling Pakistan.